Skip to main content
Notice for Sunday, January 16: Due to inclement weather, the National Museum of American History will close at 2 p.m..

Antibodies are always looking out for us, and this week we're taking a closer look at them. Antibody-based tests, vaccines, and drugs have dramatically influenced American history, culture, and quality of life. Smallpox, polio, and syphilis, once constant threats, are now distant memories for many, and recent antibody-based therapies continue to further the human battle against disease. This is the third post in our series. Read the first on pregnancy tests and the second on celebratory an-tee-bodies t-shirts.

In the 1940s a silent killer stalked the streets of a very small town near San Francisco. On one side of town, the residents fell ill and succumbed to a deadly plague. On the other side, the townsfolk were untouched, and went about their lives as if nothing were wrong. Looming over this stricken town was a white-clad figure with the power of life and death at his fingertips. 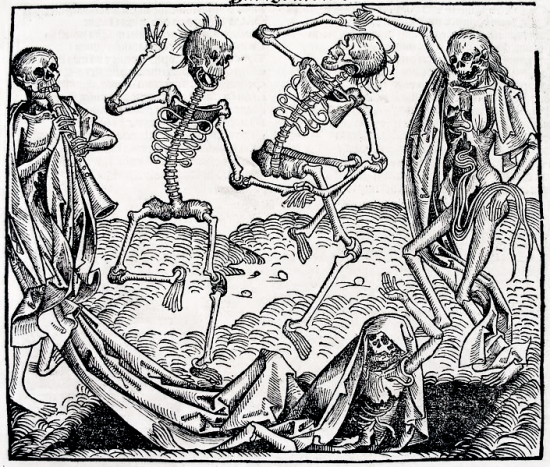 The town was "Mouse Town," a laboratory where only mice lived, the giant figure was Karl F. Meyer, and the plague was, truly, the plague: Yersinia pestis, the bacterium responsible for bubonic plague. It was the same disease that killed more than half the population of Europe in the 14th century. But from 1936 to 1946, the plague was well-controlled and studied in a pristine laboratory at the University of California at San Francisco.

Yersinia pestis has plagued humans for thousands of years. The bacterium is transmitted by fleas, and can persist undetected in reservoirs of rodent hosts between human outbreaks. The disease presents in several forms, but the most common is bubonic plague, in which the lymphatic system is infected. The lymph nodes become swollen and blackened, producing buboes in the armpits and groin of the victim. Without proper treatment, bubonic plague is fatal in around 90% of cases. Pneumonic plague, contracted from airborne particles, takes up residence in the lungs and is almost invariably fatal within a few days, if untreated. Many diseases have been referred to as plagues, but only Yersinia pestis is the plague. 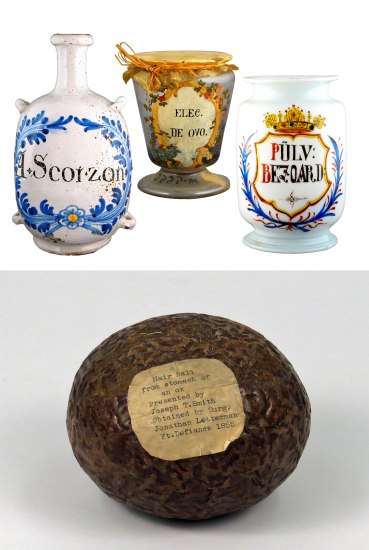 Faced with such a deadly disease, people have tried practically everything to prevent or cure it. The collections of the Division of Medicine and Science include several attempts at plague remedies. Scorzonera, also known as viper's grass, was used for both plague and snake bite. The black root of this plant has a pronounced flavor of oyster. If that didn't work, the patient might try a sweeter medicine, the electarium de ovo. This paste of honey, herbs, and egg was supposed to treat plague.

A more esoteric approach to plague treatment was a bezoar—a "stone" formed from indigestible material in the stomach of an animal. When pulverized or dissolved in vinegar, the bezoars were long thought to possess medicinal or magical properties. Unfortunately, neither bezoars nor the herbal remedies were effective against plague. 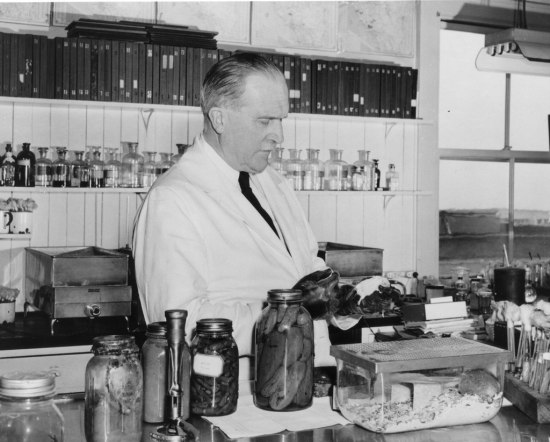 Even at the beginning of the 20th century, we still had no effective treatment for plague. American scientist Karl F. Meyer had been working on plague research for decades by the time he performed his Mouse Town experiments in 1946. The work required a specially constructed isolation facility from which the disease could not escape. In a secured room, a glass box eight feet long, four feet wide, and three feet deep surrounded the entire town. The little mouse village was divided into two sections, with 100 mice on each side of the wall. On the east side, the mice had plain water to drink, but those on the west side were given water dosed with sulfadiazine, an early antibiotic. The entire town was then invaded by a force of 800 plague-infected fleas.

A plague epidemic quickly took hold of the east end of town. Within nine days, the entire population of East Mouse Town was dead. Meanwhile, the mice on the west side, with their prophylactic doses of sulfadiazine, went on with their lives. Only 10 of them grew ill and died, probably because they got too small a dose of antibiotic, or too large a dose of the plague bacteria. Based on Meyer's research, drug therapies were introduced in China and India, hotspots of plague infection.

However, Meyer's end goal was to develop vaccines that he hoped could immunize people against plague once and for all. Plague vaccines using killed bacteria have been in use since the 1890s. However, due to the complex way in which Yersinia pestis attacks the body, it has been difficult to develop a vaccine that is effective against all forms of the disease. Meyer's improved vaccines saw action among the U.S. armed forces in Korea and Vietnam. 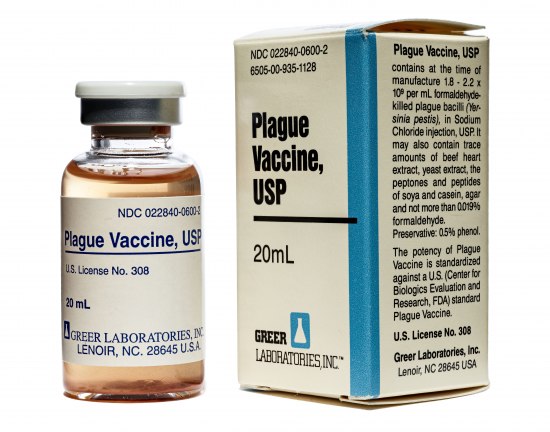 Currently, there is no plague vaccine that is approved for general human use in the United States, although a vaccine is administered to armed forces personnel assigned to high-risk areas. Fortunately, most people have little chance of encountering plague, and prophylactic antibiotics still provide additional protection.

Among those who do have to worry about catching plague are prairie dogs. In their close-knit cities, prairie dogs have long been noted as potential carriers of the disease—and they can transmit plague to people. In 1933, fears of plague prompted ranchers in West Texas to try to wipe prairie dogs out entirely, and by 1937, the U.S. Public Health Service dispatched rolling laboratories throughout the western states to collect and examine rodents for fleas and signs of plague.

Controlling plague among prairie dogs became even more important when it was discovered that the rodents were transmitting the disease to one of their predators, the critically endangered black-footed ferret. Once declared extinct, the ferrets have been mounting a recovery in recent decades. To protect them from contracting plague from their dinners, various methods of immunization have been attempted: ferrets have been captured and vaccinated, and prairie dog colonies have been dusted with pesticide to kill fleas. Now a more modern method is being tested. The U.S. Fish and Wildlife Service plans to use drones to deliver vaccine-infused peanut butter pellets to black-footed ferret habitats. The irresistible treats will hopefully provide prairie dogs with immunity so the ferrets can continue dining on prairie dogs without a side of plague.