The writers of the Black Life in Two Pandemics series have examined the deep roots of racial violence in the Midwest and the connections between that history and the COVID-19 pandemic. 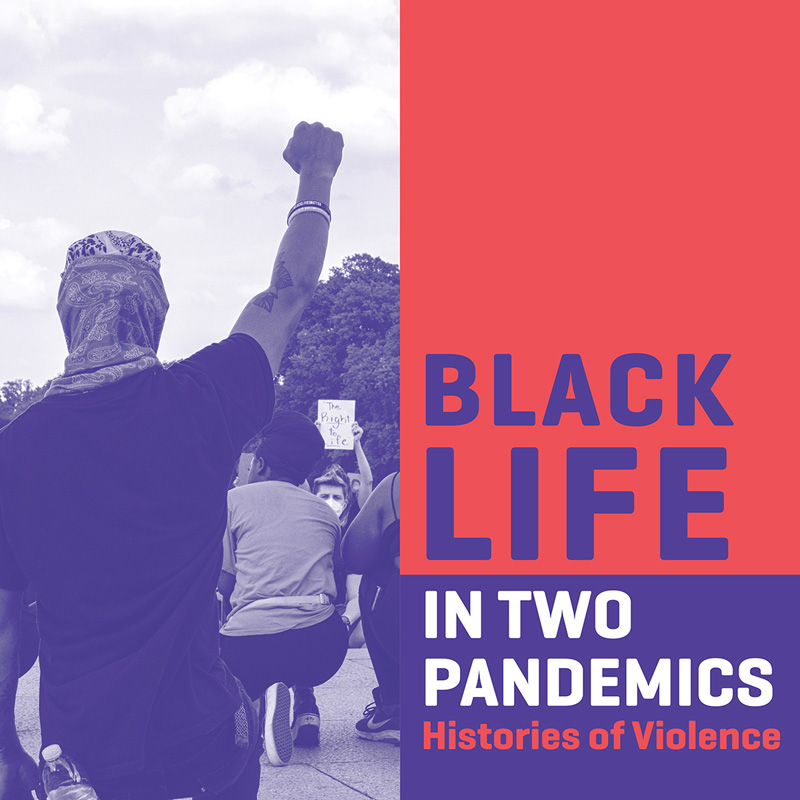 The series was inspired, in part, by commentators who were shocked and bewildered by the virulence of anti-Black violence in the Midwest. This surprise indicates that many Americans are unfamiliar with our nation’s past, since people of African descent have lived in the area that is now the Midwest since at least the 1600s. Contributing to this misconception is the popular notion that the Midwest was a “free frontier,” where slavery was technically illegal and racism existed in only mild forms. More severe manifestations of racial violence are then erroneously understood as a Southern problem alone. But as historian Dr. Tiya Miles writes in The Dawn of Detroit: A Chronicle of Slavery and Freedom in the City of the Straits, the experience of the Midwest is the experience of this nation. She reminds us that the region “was born of the forced captivity of indigenous and African people and the taking of land occupied by Native people.” This violent theft of land, labor, and people created the structural inequalities that persist to the present day.

As Black people migrated into the Midwest from the late 1700s, their relationship with white neighbors was often uneasy. In settlements and rural areas, Black people faced racist violence—from isolated attacks to lynching—and they could not rely on sheriffs, deputies, police, and other officials to protect their lives and property. Law enforcement would often look away or even abet those planning anti-Black violence.  As a result, those who participated in such violence could act with impunity as few white people were charged, let alone found guilty, of murder, arson, or other crimes. Even during this early period, however, Black settlers asserted their right to live and work in peace and resisted violence through legal and physical tactics. In the 1850s, the people of Lyles Station, a rural Black settlement in Indiana, successfully fought off an attack by a white mob. Descendants of Lyles Station’s defenders continue to care for the settlement and testify to Black people’s resilience in the face of violence.

As the Black population of the Midwest grew in the 1900s with the Great Migration, the existing tense relationships between Black communities and law enforcement intensified. During the “Red Summer” of 1919, racist mobs throughout the country—including Chicago and Omaha—terrorized Black communities, while the justice system remained largely indifferent to the loss of life and property. Throughout the century, Black activists consistently demanded equal treatment under the law, and identified police brutality as a manifestation of racism. Meanwhile, encounters between a Black person and law enforcement officers often became the sparks that ignited uprisings in city streets. Protesters often connected unequal law enforcement with other forms of structural racism in jobs, education, and incarceration. In the last quarter of the 1900s, the country embraced a punitive approach to the ills affecting society, ranging from the “war on drugs” to immigration. As the nation’s prisons, jails, and youth detention facilities filled with a disproportionate number of Black, brown, and Indigenous people, activists called attention to the disproportionate harm this policy had on Americans.

Since George Floyd’s death in May 2020, it appears that the country may be reckoning with its past. Scores of cities have issued official statements that “Black Lives Matter.” Municipalities ranging from Cudahy, Wisconsin, to Olmsted County, Minnesota, to Lima, Ohio, have passed resolutions declaring racism, like COVID-19, a public health crisis. These towns and cities are joined by countless businesses and non-profits that have dedicated themselves to addressing systemic racism and police malfeasance. These are important statements. It is imperative, then, that our nation come to terms with the past, especially aspects of history that may not be well known or understood. The blog posts in this series address myths about the Midwest that have hindered the region and the country from understanding the deep roots of the present. As important as this history is, unless this history informs action to address injustice at its core, efforts to create a more just society will ultimately falter. It is up to us to decide how we will remember and how we will use history to inform positive change.

Modupe Labode is a curator in the Divisions of Culture and Community Life and Political and Military History.  She has lived in several places in the Midwest, including Indiana, where she taught history and museum studies for 12 years. Her areas of research include representation of African Americans at museums and public history sites, Black public art, and African American history in the Midwest and West. She is also working on a collaborative project on the closing of a psychiatric hospital in Indiana.

Crystal Moten is curator of African American history in the Division of Work and Industry. A South Side of Chicago native, she has taught at small liberal arts colleges on the east coast and in the upper Midwest. Her research interests include the intersectional connections between African American labor, business, and civil rights history with emphasis on post-World War II Black freedom movements in the urban Midwest. 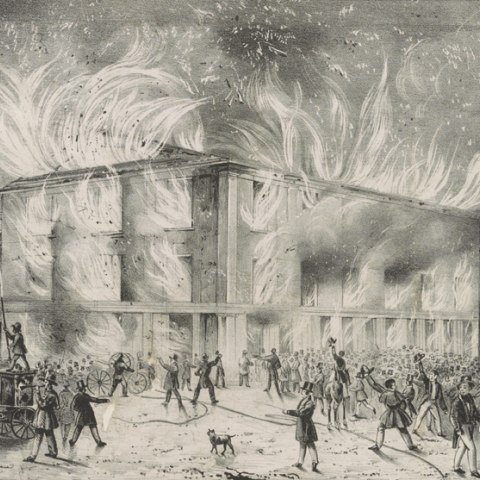