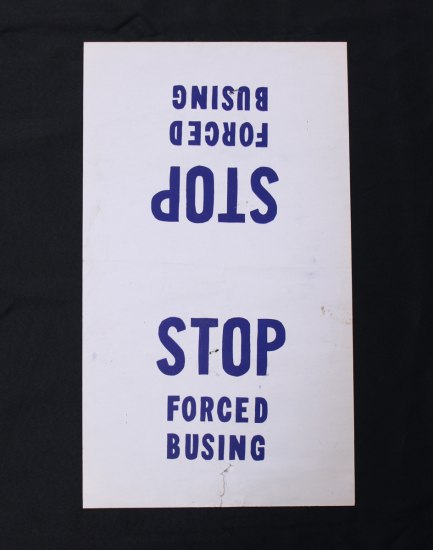 On September 9, 1974, over 4,000 white demonstrators rallied at Boston Common to protest the start of court-ordered school desegregation in the Cradle of Liberty. Earlier that summer, federal Judge W. Arthur Garrity found the Boston School Committee guilty of unconstitutional school segregation and ordered nearly 17,000 students to be transferred by bus to increase the racial integration of Boston's schools. When Senator Edward Kennedy tried to address the crowd, the protesters booed and pelted him with eggs. As Kennedy retreated to his office, the crowd rushed and began pounding on and then shattering a glass window. Television news crews from ABC, CBS, and NBC were on hand to cover the rally, and they brought images of the confrontation to a national audience of millions of Americans. 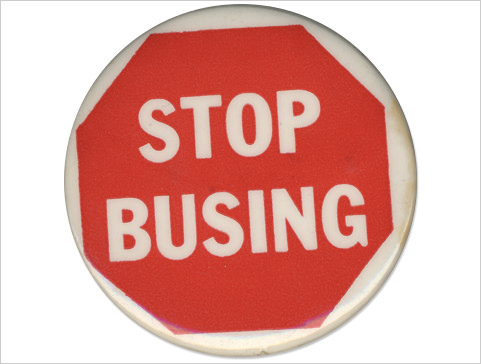 School desegregation in Boston continued to be a headline story in print and broadcast news for the next two years, and this extensive media coverage made "busing" synonymous with Boston. Today Boston's "busing crisis" is taught in high schools and colleges across the country as the story of school desegregation in the North and as a convenient end point for the history of civil rights, where it is juxtaposed with Brown v. Board of Education (1954) or the Little Rock school-integration crisis (1957).

Boston's mid-1970s "busing crisis," however, was over two decades in the making. From the 1950s onward, the city's schools were intentionally segregated through official state and local policies regarding zoning, teacher placement, and busing. Boston civil rights advocates fought against these policies and the educational inequities they produced, but faced intense resistance from white parents and politicians. Across Boston's public schools in the 1950s, per-pupil spending averaged $340 for white students compared with only $240 for black students. More than 80% of Boston's black elementary-school students attended majority-black schools, most of which were overcrowded and staffed by less experienced teachers. Over the years, data of this sort failed to persuade the Boston School Committee, which steadfastly denied the charge that school segregation even existed in Boston. As Garrity's decision in Morgan v. Hennigan (1974) made clear, however, the segregation of Boston's schools was neither innocent nor accidental:

"The court concludes that the defendants took many actions in their official capacities with the purpose and intent to segregate the Boston public schools and that such actions caused current conditions of segregation in the Boston public schools. … Plaintiffs have proved that the defendants intentionally segregated schools at all levels, built new schools for a decade with sizes and locations designed to promote segregation, [and] maintained patterns of overcrowding and underutilization which promoted segregation." (Morgan v. Hennigan, 379 F. Supp. 144, 146).

Court-ordered busing was intended to remedy decades of educational discrimination in Boston, and it was controversial because it challenged a school system that was built around the preferences and demands of white communities.

By showing that Boston's schools discriminated against black students, Garrity's ruling validated the claims that Boston's leading civil rights activists—Ruth Batson, Ellen Jackson, Muriel and Otto Snowden, Mel King, Melnea Cass—had been making for over two decades. "When we would go to white schools, we'd see these lovely classrooms, with a small number of children in each class," Ruth Batson recalled. As a Boston civil rights activist and the mother of three, Batson gained personal knowledge of how the city's public schools shortchanged black youth in the 1950s and 1960s. "The teachers were permanent. We'd see wonderful materials. When we'd go to our schools, we would see overcrowded classrooms, children sitting out in the corridors, and so forth. And so, then we decided that where there were a large number of white students, that's where the care went. That's where the books went. That's where the money went." 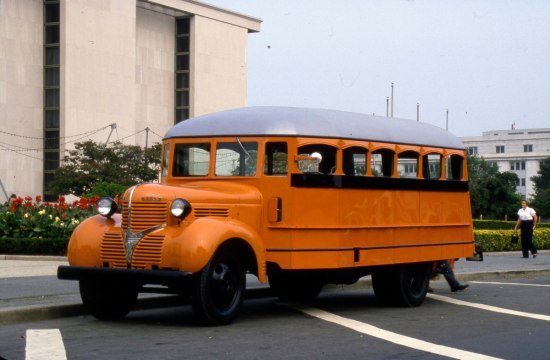 Like black parents across the country, Batson cared deeply about education and fought on behalf of her children and her community. "What black parents wanted was to get their children to schools where there were the best resources for educational growth—smaller class sizes, up-to-date-books," Batson recalled. "They wanted their children in a good school building, where there was an allocation of funds which exceeded those in the black schools; where there were sufficient books and equipment for all students." In short, Batson understood that school integration was about more than having black students sit next to white students.

Boston's civil rights activists were organized, creative, and persistent in their protests, but they received much less attention from journalists than white parents and politicians who opposed "busing." This lack of contemporary media coverage has made it difficult to tell stories about civil rights in Boston and other Northern cities. Most of the iconic images of the civil rights era are from Southern cities like Little Rock, Montgomery, and Selma, rather than Boston, Chicago, and New York. 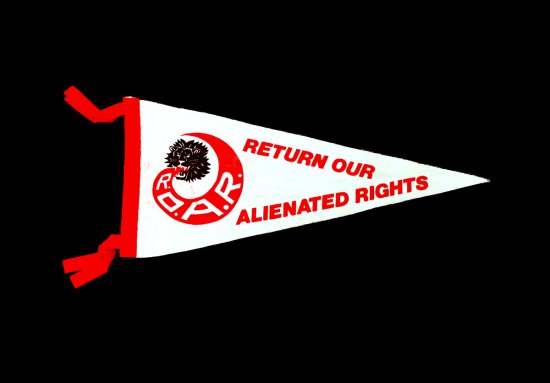 White parents and politicians framed their resistance to school desegregation in terms of "busing," "neighborhood schools," and "homeowners rights." These slogans were designed not only to oppose Boston's civil rights activists, but to make it appear as though white Bostonians were the victims of an unjust court order. This rhetorical shift allowed them to support white schools and neighborhoods without using explicitly racist language. As early as 1957, white parents in New York rallied against "busing," and Boston School Committee chairwoman Louise Day Hicks made opposition to "busing" a centerpiece of her political campaigns in the mid-1960s. 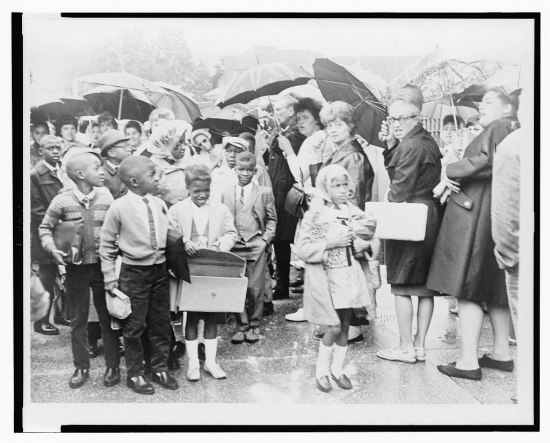 Speaking in 1972, Student Nonviolent Coordinating Committee (SNCC) co-founder and Georgia State Legislator Julian Bond described the underlying motivations for opposing "busing" for school desegregation in clear terms. "What people who oppose busing object to," Bond told the audience, "is not the little yellow school buses, but rather to the little black bodies that are on the bus." Indeed, the crisis in Boston and in other cities that faced court-ordered school desegregation was about unconstitutional racial discrimination in the public schools, not about "busing." Describing opposition to "busing" as something other than resistance to school desegregation is a choice that obscures the histories of racial discrimination and legal contexts for desegregation orders. 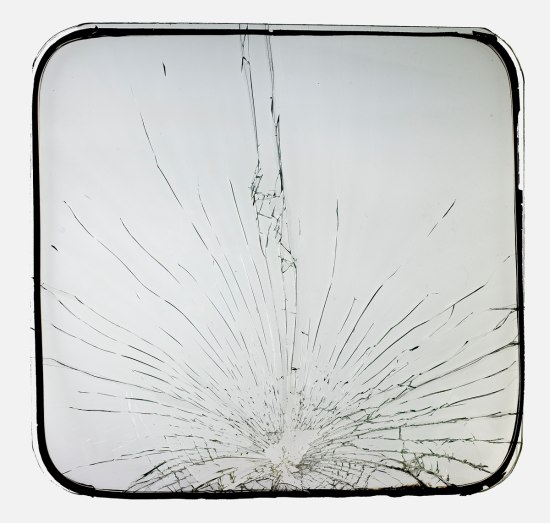 School desegregation was about the constitutional rights of black students, but in Boston and other Northern cities, the story has been told and retold as a story about the feelings and opinions of white parents. Over four decades later, the Boston busing artifacts in the Smithsonian collection can be used to tell a more nuanced and complicated story about civil rights and the ongoing struggle for educational equality.

Matthew Delmont is a professor of history at Arizona State University. He is the author of three books, Why Busing Failed: Race, Media, and the National Resistance to School Desegregation; Making Roots: A Nation Captivated; and The Nicest Kids in Town: American Bandstand, Rock 'n' Roll, and the Struggle for Civil Rights in 1950s Philadelphia. He is currently working on a book tentatively titled, To Live Half American: African Americans at Home and Abroad during World War II.