While the Ruby Slippers step out, two swashbuckling props step in

It's something that we here at the museum are preparing ourselves to have to say to the many visitors who come every year seeking the famous shoes from the 1939 film The Wizard of Oz. We're bracing ourselves to be the bearers of bad news, but we know that it's all for a good cause. 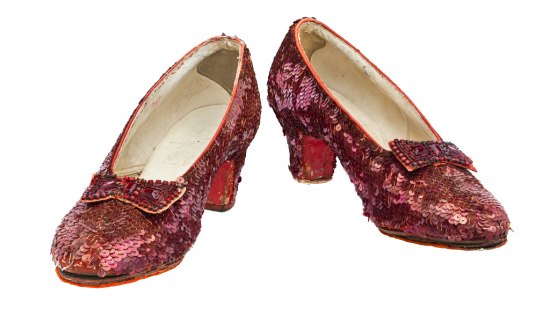 The slippers have been on display almost continuously since their donation in 1979, and they're showing their age. This fall, nearly 6,500 fans of Dorothy's adventure donated over $350,000 to our Kickstarter fundraising campaign #KeepThemRuby. With that support, the Ruby Slippers will be undergoing an in-depth conservation assessment and treatment over the next few months, and will be placed in a new state-of-the-art case to keep them sparkling for generations to come.

Nothing can replace the multigenerational appeal of the Ruby Slippers, of course, so what's a museum curator to do when asked to pick an object to temporarily replace them in our American Stories exhibition? This team wanted to display entertainment objects that would be just as memorable and exciting to visitors while also giving us an opportunity to demonstrate how popular culture reflects our national identity. Most importantly, any object we selected would have to avoid disappointing movie fans looking for authentic props from a familiar, highly popular film.

Who came to the rescue? Indiana Jones! Conceived by filmmaker George Lucas to pay homage to classic Hollywood adventure films, Jones is a reluctant hero who finds himself fighting grave-robbers and Nazis while seeking to preserve cultural heritage. The Indiana Jones series, directed by Steven Spielberg, is among the most successful movie franchises in American history. Harrison Ford's portrayal of the dashing archeologist became iconic, perhaps because the character is an interesting version of the American film hero: equal parts cowboy, action star, and romantic matinee idol. 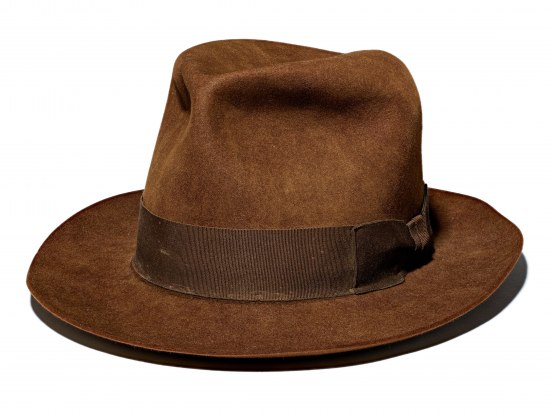 Ford himself visited the museum in 1989 to donate a fedora-style hat and leather jacket used in the making of Indiana Jones and the Last Crusade, the third film in the series. In 1999, Lucasfilm donated a whip used in the production of the film series. We will display the whip and hat in the case where the Ruby Slippers have been displayed. 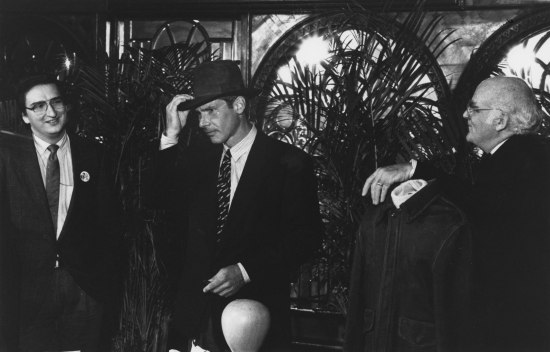 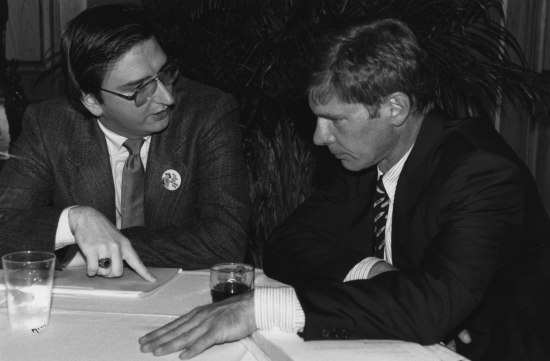 Indiana Jones's appeal is both classic and contemporary, drawing on traditional American values of individualism, self-reliance, and opposition to injustice, but complicating the hero archetype with his fear of snakes and self-aware sense of humor.

Whether you experienced the first Indiana Jones film, Raiders of the Lost Ark, in theaters in 1981, or you're more familiar with the latest entry in the franchise, 2008's Indiana Jones and the Kingdom of the Crystal Skull, we hope you all will enjoy a rare opportunity to view these original props from the series, and to think about what our film heroes can teach us about ourselves.

Sunday, April 23, 2017, is the last day to see the Ruby Slippers before they are removed from display for conservation. Stay tuned for updates from our conservation lab by signing up for our newsletter.

Ryan Lintelman is entertainment curator in our Division of Culture and the Arts.