The story of Rudolph the Red-Nosed Reindeer, a cultural icon that heralds the Christmas season, was first introduced to the American public in December 1939. The familiar plot: a young reindeer named Rudolph (a name that won out over Romeo, Rodney, and Reginald) endures teasing for his bright red shiny nose and exclusion from "reindeer games" and ultimately saves the day. A timeless tale, the story of Rudolph celebrates uniqueness and teaches the important lesson of tolerance and acceptance; Rudolph's curse turns into a blessing when he is chosen to guide Santa's sleigh on Christmas Eve. 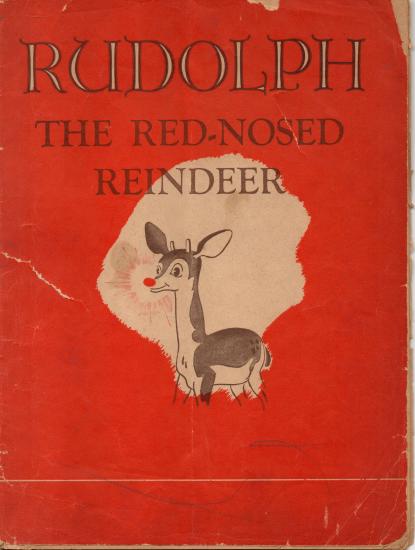 Robert May originally wrote the story for his daughter, using a rhyming prose like "'Twas The Night Before Christmas." A public relations copy editor for the Chicago-based Montgomery Ward department store, May used the story as an advertising promotion in an attempt to boost store profits during the holiday season. The illustrator, Canadian-born Denver Gillen, was a young commercial artist who also worked for Montgomery Ward, and would go on to become the chief illustrator for Reader's Digest.

An illustrated booklet of the story was handed out free only to children who visited the department store—a smart move since they'd be accompanied by adults who controlled the purse strings. In the first year of publication, the book's distribution exceeded two million copies—a classic was born. 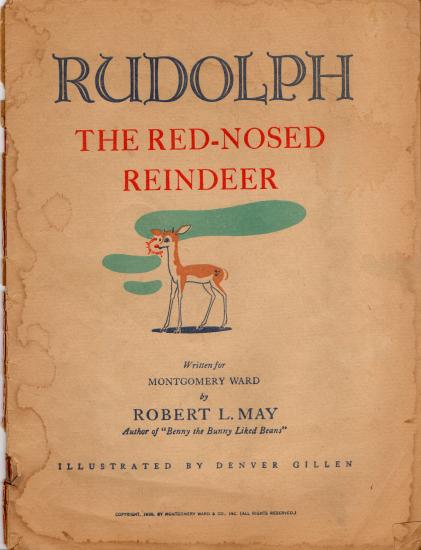 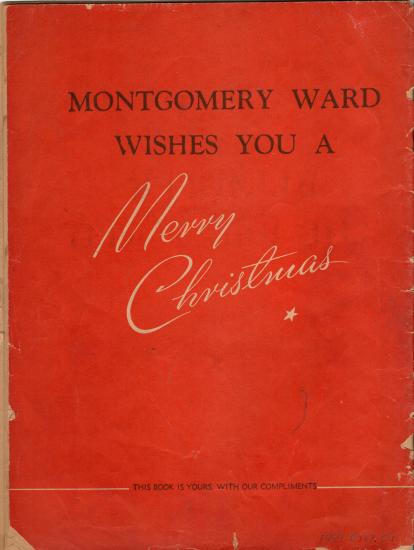 In 1949, the story was adapted to song by Johnny Marks, who wrote the lyrics based on the original story and set it to music. A well-known musical composer and radio producer, Marks just happened to be Robert May's brother-in-law. 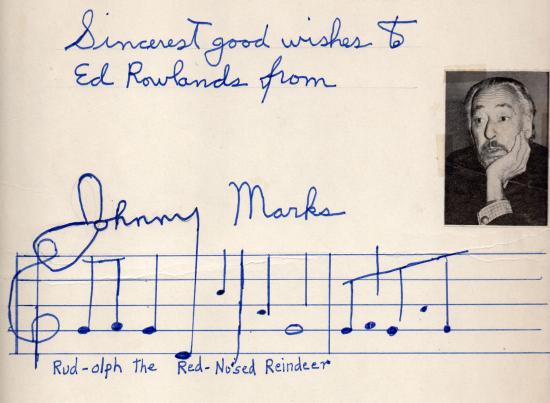 Over the years, the song has been recorded by many well-known musicians including Bing Crosby, Dolly Parton, Chuck Berry, Ray Charles, Ringo Starr, the Jackson 5, and rapper DMX. But the most popular version was the one released by Gene Autry, the singing cowboy, in 1949. The catchy tune was an instant hit with the public and some 1.75 million copies were sold the first year. 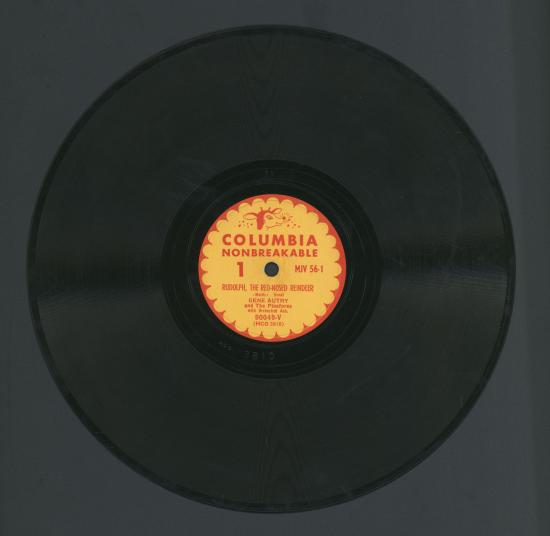 Twenty-five years after Rudolph was born, in 1964, the team of Rankin/Bass Productions produced the first animated version of the story for television. Sponsored by the General Electric Company, Rudolph the Red-Nosed Reindeer premiered on NBC on December 6, 1964, and is said to be the longest-running children's Christmas special on TV.

This animated version was created with a form of animation called "Animagic." Rather than drawing the images on flat, two-dimensional cells, Rankin and Bass used a form of stop-motion animation that employed three-dimensional dolls or toy-like figures that were positioned in various poses to emulate movement.

Over the years, the original story of Rudolph the Red-Nosed Reindeer has been revised and reinterpreted to varying degrees for books and television. In this first animated TV version, additional songs were generated, and the storyline was enhanced by the animators. They introduced new characters to the story, including the narrator Sam the Snowman, played by Burl Ives, who also sings the songs; Clarice, Rudolph's girlfriend; Hermey the Elf, who wants to be a dentist; arctic explorer Yukon Cornelius; Bumble the Abominable Snow Monster; and the troupe of misfit toys. It seems that in the first version, the fate of the misfit toys was not resolved, and after numerous complaints and suggestions from the television audience, the "imperfect toys" found a home on the Island of Misfit Toys. 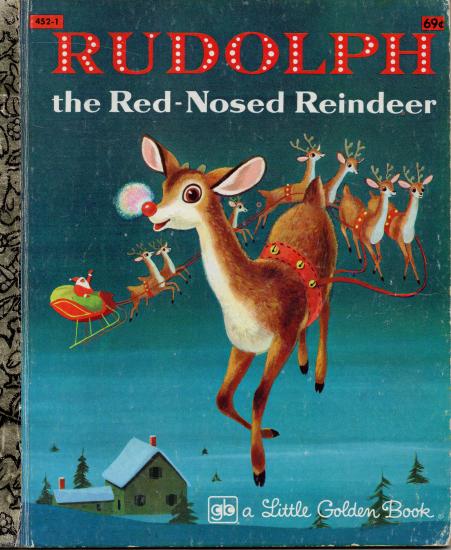 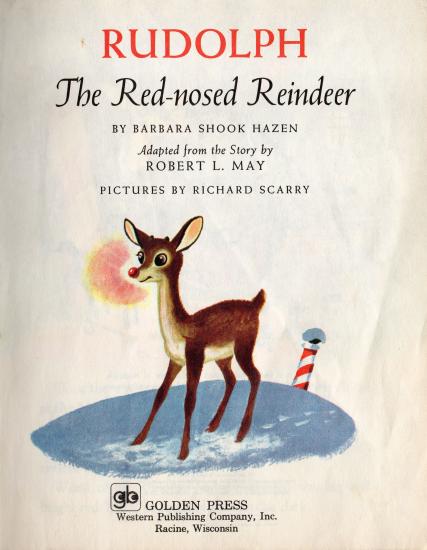 The story of Rudolph is a childhood favorite of mine that holds many wonderful memories. I will never forget standing in line with my parents for over an hour to see Santa just so I could receive my very own oversized hardbound copy of the Rudolph book with its bright shiny red cover—only to chicken out at the last minute when I refused to talk to Santa or sit on his lap. Thankfully, after much drama and tears, one of the elves-in-waiting stopped the tears from flowing and presented me with my very own copy of the book. Best of all, I did not have to sit on that strange man's lap! 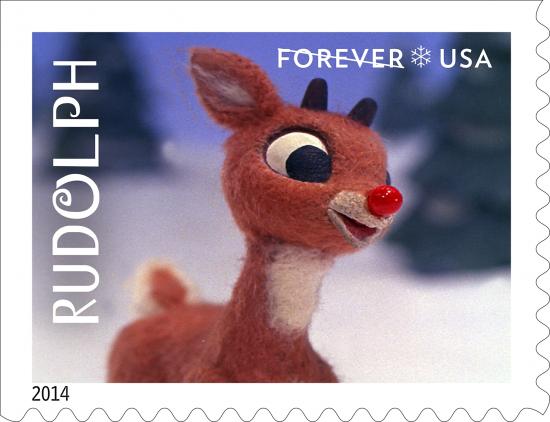 Melodie Sweeney is an associate curator in the Division of Culture and the Arts. She has also blogged about a certain poky little puppy and the Marx Brothers. 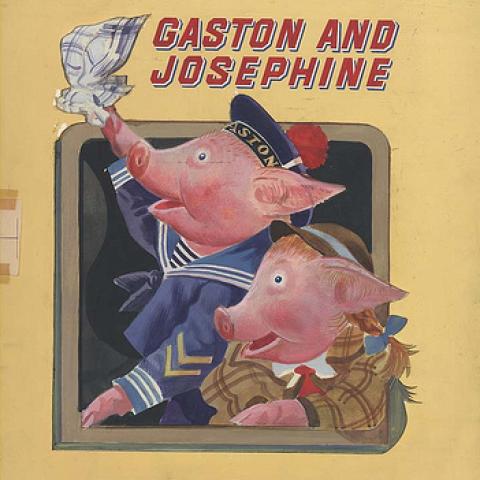