Power from the people: Rural Electrification brought more than lights

Imagine your daily life without electricity. Cooking and heating clothes irons on wood stoves, pumping water by hand, reading and working under kerosene lamps. Many people in rural America lived that life until well into the 20th century. Most only received electricity by choosing to work together with their neighbors and participate in electrical cooperatives, or co-ops for short.

Thomas Edison, George Westinghouse, and other inventors began introducing practical electric power systems in the 1880s. By the 1920s most cities and towns in America received electricity from either privately owned or municipal utility companies. Running wires into the countryside where there might be only a few people per square mile seemed uneconomical for either investors or tax-payers. By 1932 only about 10% of rural America was electrified, and about half of those people had to buy their own country-home power plants. This electrical divide fueled the difference in standards of living between city and farm, hampering rural Americans’ ability to participate in the life of their modernizing country. 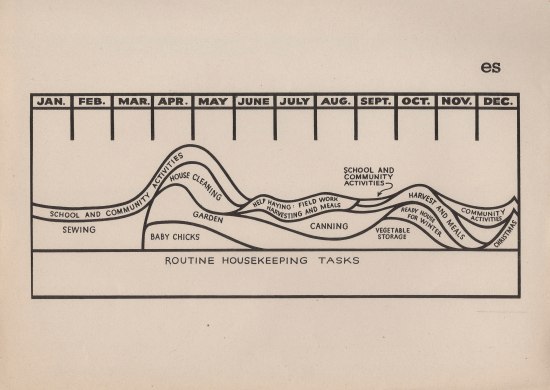 Electricity would improve the efficiency of work and the comforts of home life in rural areas, encouraging more Americans to stay on family farms. Franklin D. Roosevelt made this issue part of his 1932 presidential campaign and worked with Congress to establish the Rural Electrification Administration (REA). Rather than simply build power systems, the REA made loans to electric cooperatives that were repaid over 30 years. Country folk came together, organized cooperatives, and provided labor to build the systems that they ultimately came to own. 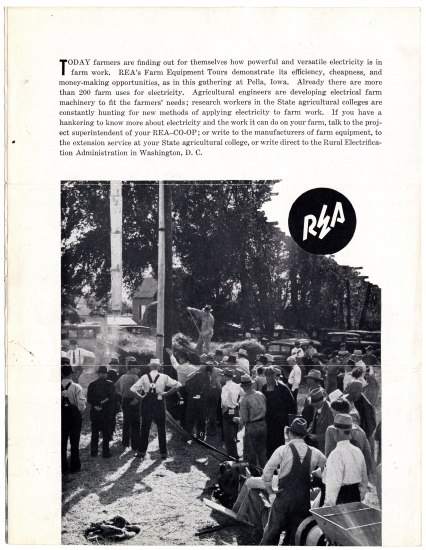 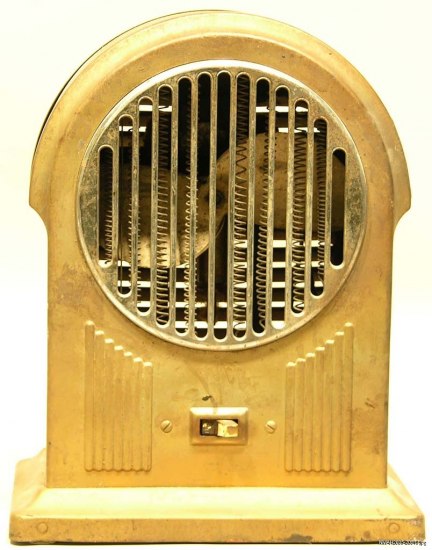 Having electricity is one thing; knowing how to use it is another. To help people learn the new technology, REA hired advisors like Louisan Mamer (1910-2005) from southern Illinois. For decades, Mamer and her colleagues traveled around the country staging what they referred to an "electric circus." They taught people who had never used electricity how to operate and maintain equipment, cook and do household chores with electricity, and use the system safely. 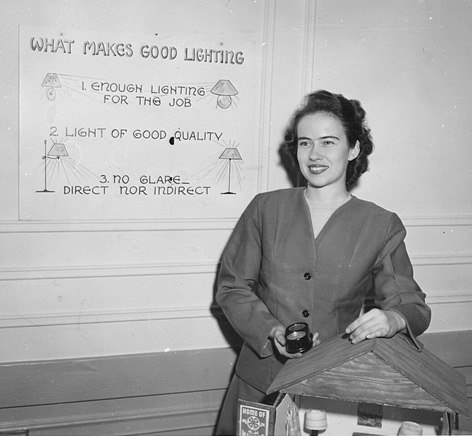 Having grown up on a farm, Mamer understood first-hand how difficult rural life could be and how people might feel pressure to abandon farming. After graduating from the University of Illinois College of Agriculture, she taught home economics and began writing about the topic. Joining REA soon after the agency’s establishment, Mamer not only traveled as a Home Electrification Specialist but also wrote training documents and vetted program materials. We have collected about a dozen appliances from Mamer along with her paper files documenting much of her work in the 1940s and '50s. 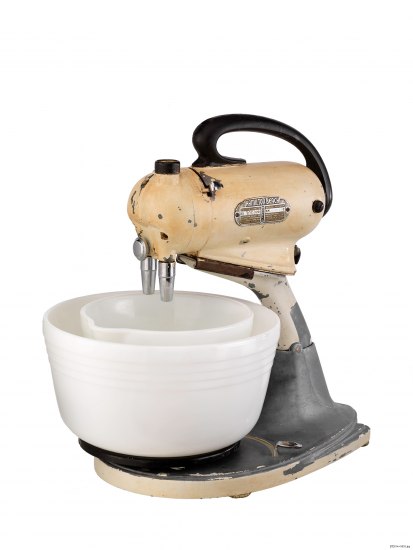 World War II interrupted the work of the REA. When President Roosevelt signed the Rural Electrification Bill in September 1944, Roosevelt said, "From the point of view of raising the living standards of rural America and providing a more efficient form of farm management, one of the most important projects interrupted by the war is the extension of rural electrification." 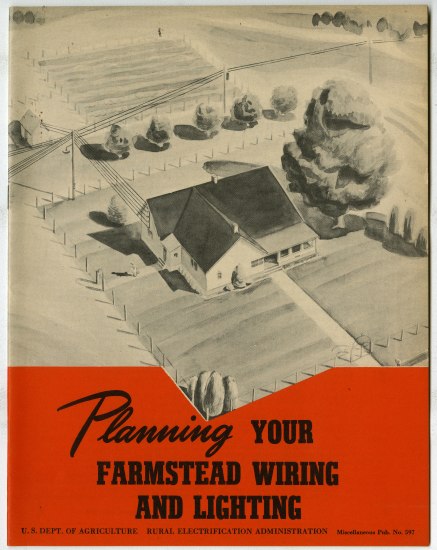 President Roosevelt went on to explain that participation in rural electrification must be wide and not limited to areas with greater resources: "It is particularly important that extensions of rural electrification be planned in such a way as to provide service on an area basis. The practice has been too frequent in the past for private utility companies to undertake to serve only the more prosperous and more populous rural sections. As a result, families in less favored and in sparsely settled sections were left unserved. I believe that our postwar rural electrification program should bring modern service of electric power to the farm families in the back country." 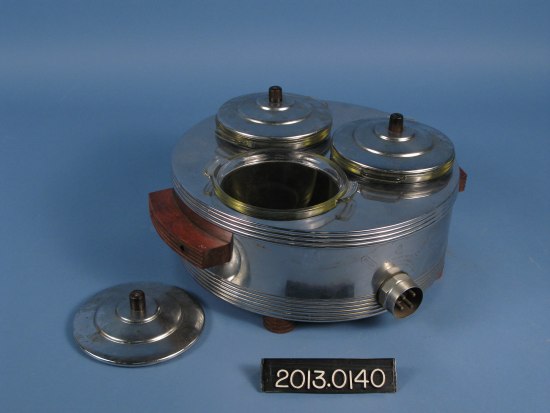 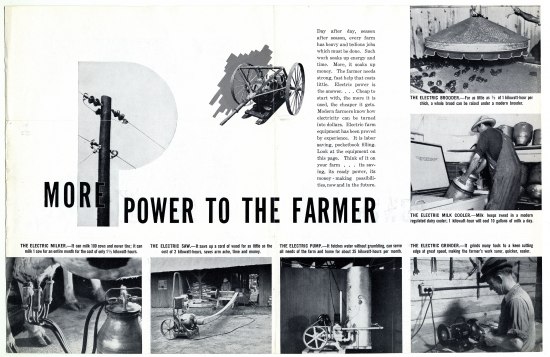 The rural communities that established, built, and now own their cooperatives have continued to reap benefits from their participation. In the years after most of rural America electrified, the REA (now the Rural Utilities Service) continued working to bring telephone lines and later broadband Internet connections to the countryside. Hundreds of rural cooperatives throughout the country continue to provide power and other services for their participating members. It is a legacy that Louisan Mamer and her colleagues would be proud of.

Hal Wallace is the associate curator of the Electricity Collections at the National Museum of American History and a member of Southern Maryland Electric Cooperative. Learn more about New Deal programs, including the REA, in our American Enterprise online exhibition.

Posted in From the Collections, Business History, Agricultural History 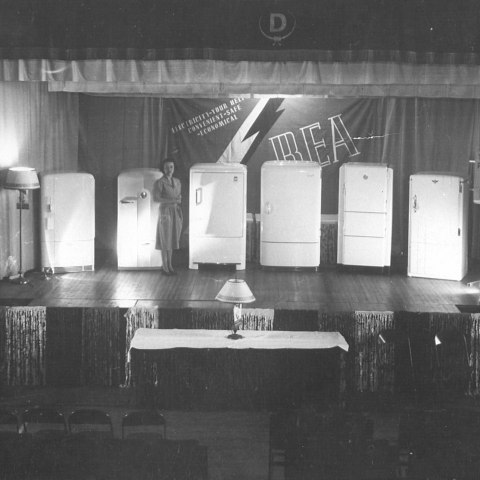