A story in clay: Sara Galner and the Saturday Evening Girls

I didn't drool on the objects, but exploring the ceramics storage room as an intern at the National Museum of American History was pretty exciting for this potter and history lover. As I looked at the works of famous 20th-century potters I admire such as Bernard Leach, Lucie Rie, and Paul Soldner, something jumped out at me—a shelf labeled "Saturday Evening Girls" (SEG). I thought to myself, "What does that mean? Who are they? Does that belong there?" Though the SEG sounded a bit like a Las Vegas band or a cheesy late-night TV show, I ended up learning the story of a hard-working potter's timeless contribution to the world of fine art.

I did some research on the SEG and found myself falling in love with the story. The SEG was a group of young women and girls who met every Saturday night at the North Bennet Street Industrial School library, in my hometown of Boston, beginning in the 1890s. According to Boston.com, the group was originally started and led by librarian Edith Guerrier as an extracurricular literary, dance, and drama club in order to provide social and educational opportunities for local girls. Many of the group's members were Italian and Jewish immigrants living in Boston's North End, a district that Brighton Allston Historical Society notes had the highest child mortality rate and some of the poorest living conditions in the city. Helen Osborne Storrow and Isabella Stewart Gardner, some of Boston's wealthiest philanthropists, financially supported the SEG and attended its frequent fundraising plays and dances. Storrow created a summer camp for the girls, fully funded some of their college educations, and financed their future artistic projects. According to the New England Historical Society, several members of the SEG sometimes felt resentful toward their sponsors because of their patronizing attitudes, creating an incongruous dynamic between the groups.

The focus of the SEG changed to the production and sales of pottery in 1908 under the direction of Storrow, Guerrier, and their artist friend Edith Brown. The two Ediths learned about the medium of clay and the business of pottery when they took an educational trip to Europe together, funded fully by Storrow. Upon their return, all three women worked to open a pottery studio for the SEG girls to make their own money and pay back debts for their summer camp experiences. They transformed an apartment into a pottery studio and renamed the establishment Paul Revere Pottery, as its location was in the shadow of the church where Revere hung his famous lanterns.

Paul Revere Pottery opened in the midst of the international Arts and Crafts movement in the early 20th century as well as Boston's social reform movement, which aimed to improve low-income job conditions. The business provided young women an opportunity to work in a well-ventilated, clean, and safe environment, something that contrasted greatly with the low-paying and dangerous conditions of many working children and immigrants in the early 1900s. The girls trained one another in utilitarian pottery decoration, and often read aloud the works of Charles Dickens and William Shakespeare while doing so. Aside from a handful of men that assisted with firing and throwing the pottery, the business was women-owned and operated. The business eventually moved to another neighborhood, where it remained in operation until it closed in 1942.

One member of the group, a Jewish Austro-Hungarian immigrant by the name of Sara Galner, stood out from her peers with her academic achievements and artistic skills. Galner quickly became one of Paul Revere Pottery's most celebrated artists. She often signed her work with her own initials (a rare occurrence for young artisans of the time) and masterfully decorated the surfaces with stylized animals, landscapes, and references to classic short stories. She worked hard for the enterprise for over 10 years, moving her way up as decorator, salesperson, and eventually manager. Today the works of Galner and the SEG girls are some of the most cherished collectibles in the antique market, selling for up to thousands of dollars per piece and exhibiting in Boston's Museum of Fine Arts.

What amazes me most about Galner's story is that when she eventually had kids, she didn't tell them much about her incredible pottery career. Galner passed away in 1982 and left behind a legacy in her ceramics. Like me, Galner's son David stumbled upon her work in a museum, only to realize that the rare signature of the familiar artist was, in fact, that of his own talented mother. According to the New England Historical Society, he soon became a major collector of Paul Revere Pottery and donated 130 pieces to the Museum of Fine Arts.
After reading about Galner and her fellow potters, I find myself throwing pottery in my studio listening to audio recordings of classic poetry, imagining what life might have been like for a young woman and immigrant in Boston in the early 1900s. As I sign my pieces with my initials in the timeless medium of clay, I wonder what story my pottery will tell, and how it may compare and contrast to the lives of young women in the years to come.
Ella Audrey Scheuerell completed a fall 2017 internship in the museum's Division of Home and Community Life. She is a recent graduate of Skidmore College and ceramic artist in the Washington, D.C., area. 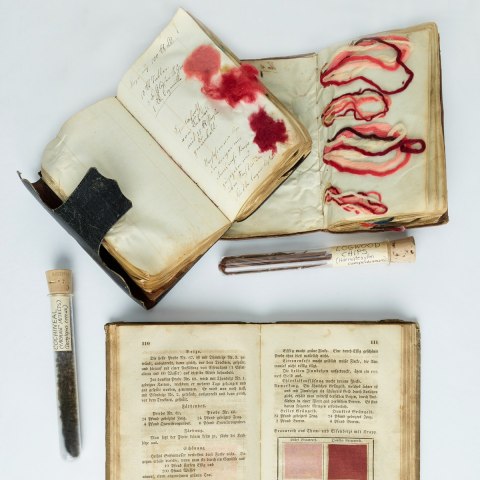 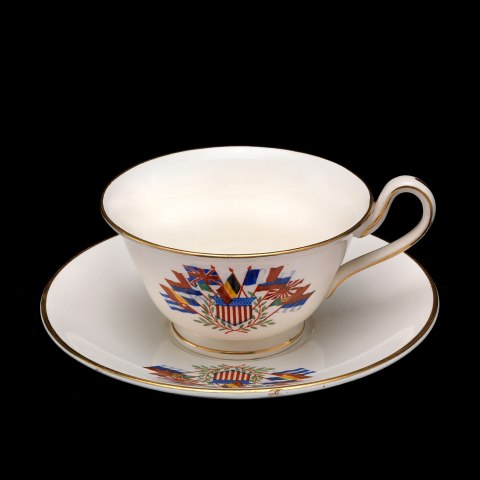