A soldier remembers Operation Just Cause

When George B. Hughes II shipped out for army basic training in September of 1988, both he and the world were more focused on the looming specter of nuclear war between the United States and the Soviet Union than on the shifting political landscape of Central America. But in just a year he would be part of America’s first major combat operation since the Vietnam War, not in Eastern Europe, but in the jungles of Panama.

Hughes’ training took him to the 3/32nd at Fort Benning, Georgia. After graduating basic training, he completed U.S. Army Airborne School and was assigned to the 82nd Airborne, A Company, 2nd Brigade, 504 Parachute Infantry Regiment, 1st Platoon. At first, he was a Dragon anti-tank missile assistant gunner in the weapons squad but was reassigned as an M60 machine gun assistant gunner. He was deployed to the Jungle Operations Training Center (JOTC) in the summer of 1989, at Fort Sherman, Panama.

Panama, in the summer of 1989, was on the verge of collapse. General Manuel Noriega refused to yield power to Guillermo Endara, the opposition party’s elected candidate. Panama had devolved into a dictatorship, with the Panama Defense Forces (PDF) reporting directly to Noriega, and the Dignity Battalions (“Digbats”) acting as Noriega’s personal bodyguards. The decision was made by U.S. President George Bush to invade Panama and oust Noriega from power, the latest in a series of military operations undertaken in the 20th century by the United States in Central America. On December 20, 1989, with the participation of the U.S. Army, Navy, Marine Corps, and Coast Guard, Operation Just Cause was launched.

George Hughes remembers the day he jumped into Panama:

This was the first Combat Jump for the 82nd since the Vietnam War. Our aircraft, C-141 Starlifters, had been de-iced too soon, which meant the Air Force had to de-ice them again, before we took off. This goof caused us to be approximately four hours late. Our target was the Tocumen International Airport, which the 75th Rangers had jumped on four hours earlier. The Rangers had already cleared the airport before we arrived. After we formed up into our units, my unit conducted an air assault on Panama Viejo, which is mostly ruins of a mission, but also the collation of the Unidad Especial Anti Terror Unit (UESAT)(Special Anti Terror Unit), which was the PDF’s anti-terror unit. The barracks sat directly on the water of the bay of Panama City. I was not aware of this at the time, but as we were flying in over the water someone from this unit had pulled out a Russian anti-aircraft gun and was firing at the helicopters (Black Hawks). One group was dropped off a little farther from the beach than the others and was stuck in the deep mud of the shore, unable to get out. The only thing they could do at that time was put their rucksacks in front of them as concealment. Fortunately for everyone, the occupants of the barracks fled before we arrived. This two-story building was then used as the command for the 2/504th for the remainder of the operation. Being part of an M-60 team, we were posted on the second floor along with the other 60 team from first platoon overlooking the roadway to the barracks. 2nd and 3rd platoons were not so lucky and had to dig positions outside.

From their position on the second floor, Hughes and his platoon covered the avenues leading to the barracks.

On one afternoon we heard some gunfire in front of us and immediately saw what appeared to be Humvee’s . . . and Sheridan tanks coming towards us at a high rate of speed firing their small arms. From our perspective it appeared they were firing at us so we started firing at them, thinking the enemy had got ahold of some of our equipment. Meanwhile the paratroopers in the Humvee’s . . . and Sheridan tanks saw us shooting at them and, thinking our position had been overrun, started firing back. When the vehicles got close enough that I could tell they were ours I got up and ran to the other 60 team which was on the other side of the barracks.  As I ran making the sign to cease fire, .50 caliber rounds were coming through the walls in front of me and behind me.  After everyone discovered what was going on, eventually the shooting ceased.

Hughes and his platoon started making patrols of Panama City about a week later, on a two-fold mission: looking for Panama Defense Forces soldiers and discouraging looters. After a couple of weeks of performing this task, the unrest in the city was reduced, and Hughes returned to Fort Bragg.

Noriega was eventually captured on January 3, after having sought asylum at the Apostolic Nunciature in Panama City. He was turned over to the Drug Enforcement Agency (DEA), to stand trial in Miami for charges of racketeering, drug smuggling, and money laundering. He was convicted on most of the charges and was sentenced to 40 years in prison, though he ultimately served only 17 years. In 2010 Noriega was sentenced by the French government to seven more years for money laundering. Noriega was extradited to Panama in 2011, to serve time for crimes committed while president. Guillermo Endara took his place as leader of Panama and held the position until 1994.

What of George Hughes? He went on to serve in Operations Desert Shield and Desert Storm in 1990 and 1991. In 1992, he opted to leave the military and return to civilian life. 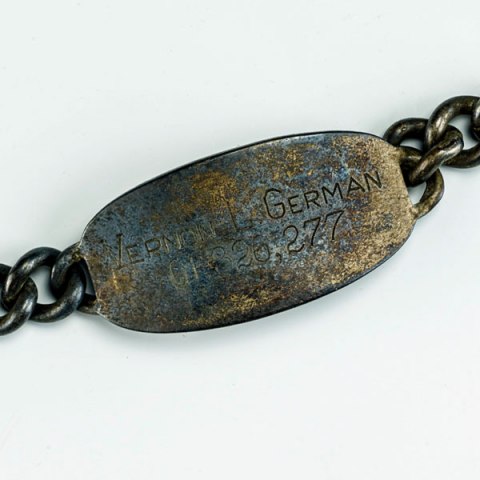 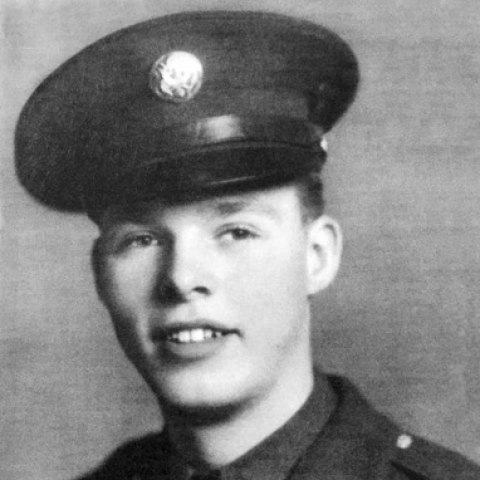