"Let me win. But if I cannot win, let me be brave in the attempt."

Eunice Kennedy Shriver, founder of Special Olympics, recited this oath at the first Special Olympics International Summer Games, held in Chicago in 1968. In her opening ceremonies address, she emphasized that children with intellectual disabilities can be exceptional athletes. "Through sports," she said, "they can realize their potential for growth."

At its 50th anniversary, Special Olympics brings together 4.9 million athletes in 172 countries with its mission to "provide year-round sports training and athletic competition in a variety of Olympic-type sports for children and adults with intellectual disabilities."

As a curator with the sports collection, I collect several different objects, from many different sports and from a variety of athletes. In 2016 a team from Special Olympics met to discuss the 50th anniversary of the organization and the possible donation of materials related to the beginnings of Special Olympics. I was particularly excited to begin collecting objects because I have a personal connection. I was a volunteer with Special Olympics when I was a teenager, as were my kids. In addition, my sister-in-law was a Special Olympics athlete in the 1970s and 1980s. I had collected a couple of medals and a trophy from her for the museum, but that was as far as our Special Olympics collection went.

With the 50th anniversary approaching, I met Special Olympics athletes and camp counselors from the original organization created by Eunice Kennedy Shriver—Camp Shriver. The idea for Special Olympics began in Shriver's Maryland backyard in 1962 with a group of children with intellectual disabilities interacting through play, with camp counselors from the local high school. Through sports, Shriver was changing the way people acted and reacted toward people who had intellectual disabilities. By 1968 Shriver had organized the first Special Olympics International Summer Games at Soldier Field in Chicago and introduced the world to the idea of inclusion through sports.

I met with a few of the counselors, now in their 70s, and talked about those early days at Shriver's Timberlawn estate in Bethesda, Maryland. The counselors were trained in how to interact with the "mentally retarded," as people with intellectual disabilities were called at the time, but were not sure what to expect until the first kids arrived at the camp. Kids and counselors hit it off right away, learning from each other and creating close bonds.

Most of the kids rode buses from Washington, D.C., and this was for many of them their first exposure to swimming, canoeing, horseback riding, and structured gaming. The counselors still remember the names of the campers they worked with each year at the camp. I was able to collect a lot of material from the counselors, such as song sheets, camp schedules, instructional manuals for game-playing for people with intellectual disabilities, handmade ribbons, trophies, and artwork made by campers and counselors alike. There were also special awards and pins given by Eunice Kennedy Shriver to the counselors for their participation in the program.

Collecting from Special Olympics athletes and their families was important in order to get a complete picture of Special Olympics and its impact on the community. Dave and Iris Sheets of Greensboro, North Carolina, welcomed me into their home and into the room of their son, Marty. His room held trophies, plaques, medals, sporting equipment, posters, and scrapbooks documenting his history as a Special Olympics athlete. Unfortunately Marty Sheets had passed away a few years before my visit, but his parents kept his memory alive as they regaled me with stories of his adventures over the years, and of all the people, celebrities, and presidents he had met through Special Olympics.

His dad allowed me to collect whatever I wanted from Sheets's collection, which included his personal golf clubs (his favorite sport!), scrapbooks, photographs, medals, and plaques, but one of the coolest things I collected was a vest with pins attached to it. These pins included Olympic and Special Olympics pins, which are often traded at the different games. Sheets also had a set of note cards, carefully written and printed by his father for him to read at different functions in which he talked about his participation in Special Olympics and his life as a person with Down Syndrome. These convey his infectious spirit and love of sports, and help explain why he became a worldwide ambassador for Special Olympics. 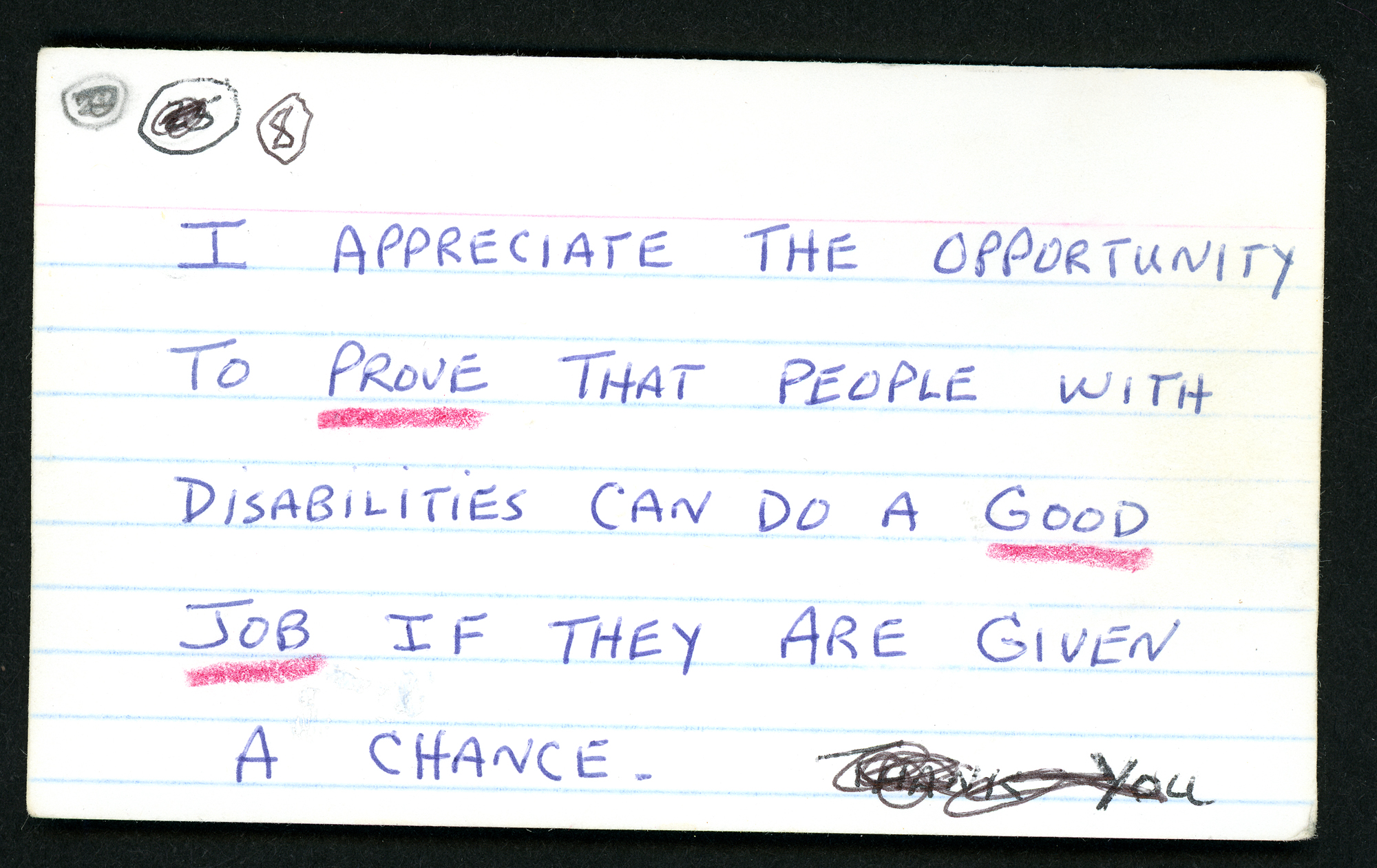 I also met Loretta Claiborne, another athlete whose participation in Special Olympics steered her life in a direction it might not have gone. Her childhood in rural Pennsylvania was difficult. Teased by classmates for her thick glasses and the way she talked, she realized running away from bullies was her best bet, and she learned to run fast. She grew angry with the way she was treated by kids and adults alike and became prone to physical outbursts, until a social worker introduced her to Special Olympics as a teen. Channeling her energy into training for track and field events, Claiborne began earning medals and breaking records.

Claiborne's growing confidence eventually led her to motivational speaking, telling people worldwide what it was like growing up with intellectual disabilities and how, through sports, she was able to find purpose and peace. When Claiborne came to the museum to see the sports collection, she wasn't sure if she wanted to donate her objects. It can be hard to part with beloved items! But when she saw Althea Gibson's tennis outfit, she changed her mind. She told me how her mother talked about Gibson, the first African American athlete to win at Wimbledon. Claiborne's mom explained that if Gibson could use sports to combat adversity and succeed in life, so could Loretta.

The museum’s Special Olympics collections are far from complete, but because the museum was able to collect a number of objects from athletes, their families, and Special Olympics International, they are much more comprehensive and begin to tell the story of these athletes—their struggles and their triumphs. Special Olympics at 50, the new display case opening this month, examines four diverse athletes through the lens of Special Olympics, exploring their personal journey through sports using objects and photos. The opportunity to participate, compete, socialize, and grow through sports carries out of Shriver's vision of inclusion for people with intellectual disabilities.

Jane Rogers is an associate curator in the Division of Culture and the Arts. She has blogged about collecting objects from the Dallas Cowboys Cheerleaders, wheelchair basketball, and the Army-Navy football tradition.

Posted in From the Collections, Women's History, Stories of Freedom & Justice 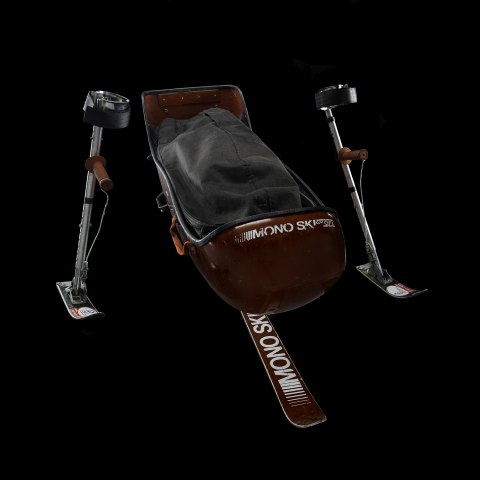