Star Wars: The Force is strong with this museum

Please note that the droids you are looking for are not currently on display at the museum as of December 2016.

Since its debut in 1977, Star Wars has become a popular cultural force. The Star Wars universe will expand on December 18 with the release of Episode VII: The Force Awakens, proof of the strong and lasting impact of this sci-fi epic.

Whether or not you're a fan, Star Wars is all around us; it's not difficult to see its influence in U.S. material culture. We collect and preserve fascinating Star Wars objects in different collections here at the museum, so I wanted to share some of my favorites

These are not the droids you are looking for.

If you were looking for C-3PO and R2-D2, then actually these are the droids you are looking for. Actors wore these costumes in Star Wars Episode VI: Return of the Jedi while playing the beloved characters (two of the very few characters to appear in all six movies to date). These costumes are among our more popular artifacts. C-3PO will be on display through early February 2016 in American Stories.

It's so good to see you fully functional again. 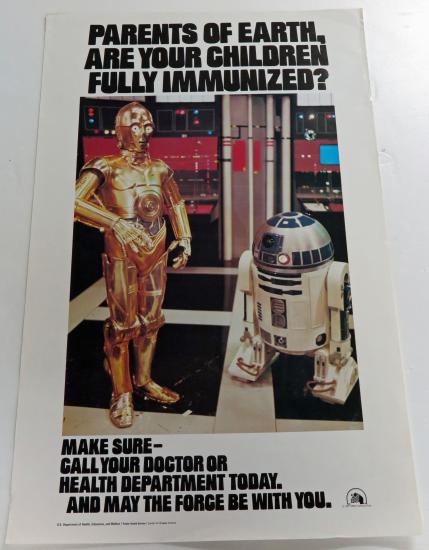 Beyond the big screen, the droids found themselves in a public service announcement encouraging parents to vaccinate their children. Published by the Centers for Disease Control in 1977, the poster shows the popularity of the record-breaking blockbuster in its first year. The choice of droids as the faces of a vaccination campaign is interesting to me. Perhaps they were used to convey a neutral and logical presence, but they don't fit the part, as the droids don't need to be vaccinated, and they would never say "May the Force be with you." 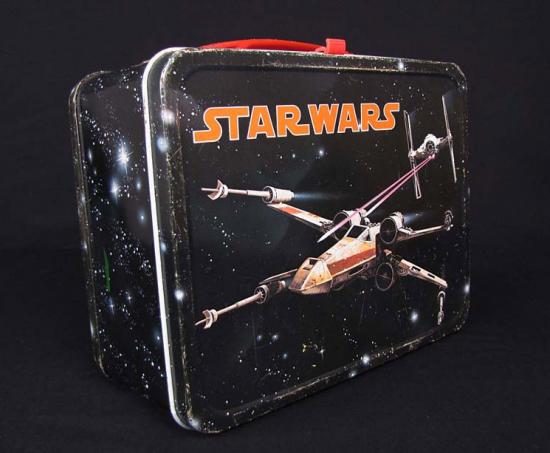 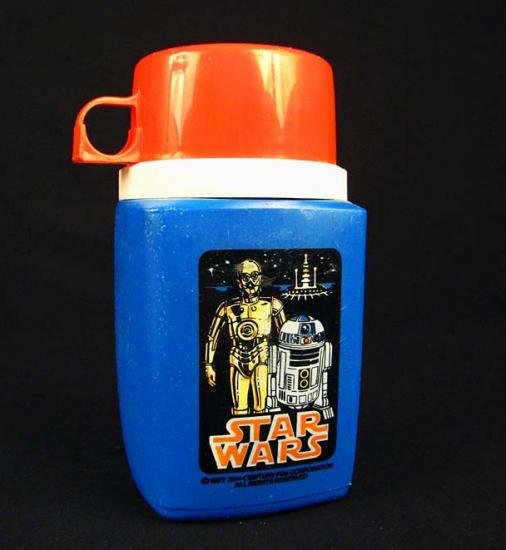 Star characters are popularly featured on lunchtime gear in the hopes that kids will beg their parents to buy them. Thus Star Wars characters have long appeared on lunch boxes and thermoses. The entrance to our Stars and Stripes Cafe on the lower level is filled with lunch boxes of different famous characters and movies. Carrying this lunch box with a thermos will inform your peers that you're consuming food that will make you big.

Look! Over there! Stop him! 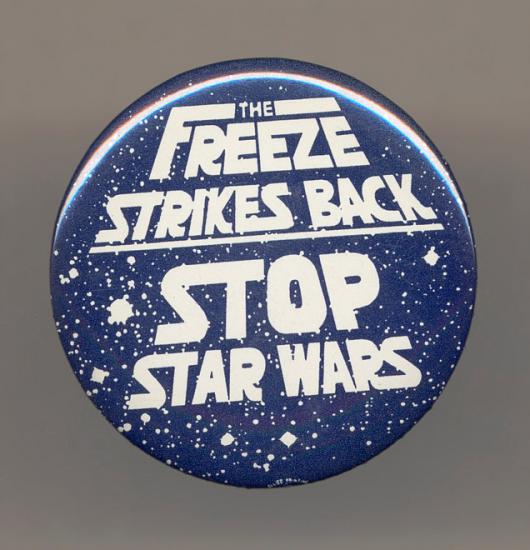 "Star Wars" became a term used for The Strategic Defense Initiative (SDI). SDI was proposed by President Ronald Reagan in 1983 as a deterrent and a defense strategy against the Soviet Union. SDI was a missile defense system that would have prevented attacks from ballistic strategic nuclear weapons from the ground and space. Through use of the term "Star Wars" in the media, SDI became better known by the moniker, as seen in the button. This ambitious program had many critics who doubted its effectiveness and didn't want to see space armed. The program never became fully operational, but parts of the program endured over the years. 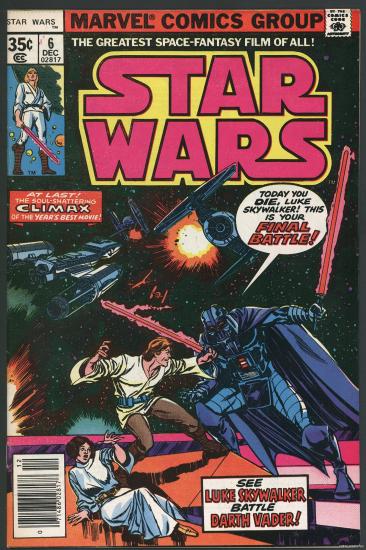 The Star Wars saga appeared in many different formats, and the comic book was a very popular medium. The museum possess a run of 43 issues of the Star Wars comic that was published from 1977, just before the first movie was released. The first six issues covered the first movie, A New Hope, with the subsequent movies appearing in later issues. The comic issues in between movies had little material to draw upon and the authors made up a variety of adventures featuring the known cast. Our collection ends on a cliff-hanger, though: we are missing the last issue of The Empire Strikes Back set. 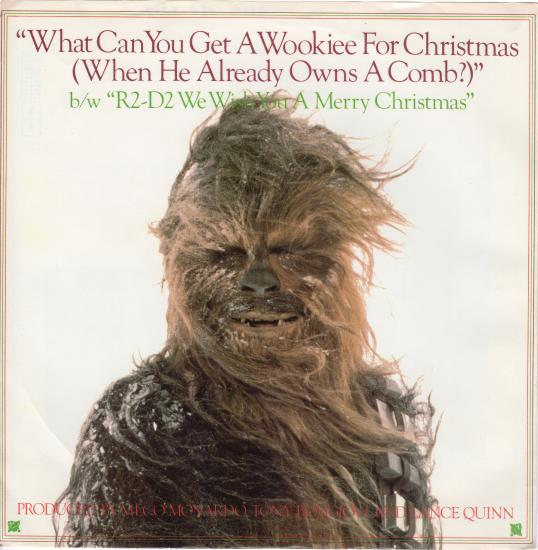 "What Can You Get a Wookiee for Christmas (When He Already Owns a Comb)" and "R2-D2 We Wish You a Merry Christmas" are songs from the 1980 holiday album Christmas in the Stars. The album was mostly sung and narrated by C-3PO actor Anthony Daniels, but the lead vocals for the song "R2-D2 We Wish You a Merry Christmas" were sung by Jon Bon Jovi (who is credited as Jon Bongiovi; it was his first professional recording). One thing I think we can safely say: If R2-D2 ignores C-3PO's advice and doesn't give the gift of a win to Chewbacca, Chewbacca is not going to let R2-D2 have a Merry Christmas.

Drew Robarge is a museum specialist in the Division of Medicine and Science. He dreams of flying his favorite Star Wars ship, the A-wing, he did a poor take of Luke Skywalker for Halloween, and he thinks Hoth is the coolest planet in a galaxy far, far away. 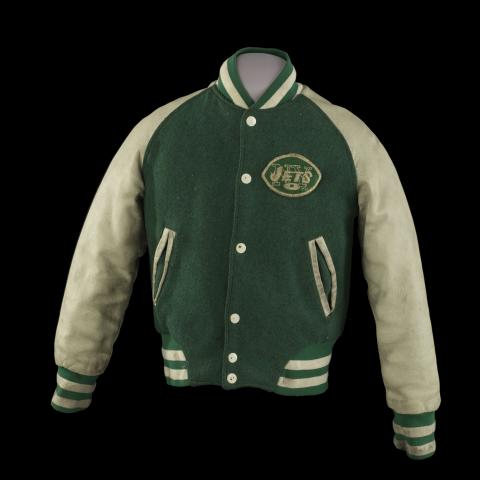 "The Wonder Years" comes to Smithsonian collections
When I was in eighth grade, my government teacher gave us a homework assignment that I did not do. The next day, we were told to hand ...