Suffragists: From campaigns to currency

Recently there has been a significant debate about how and where to feature a woman on United States currency. In April 2016, Secretary of the Treasury Jacob Lew released a statement confirming the plans for the redesign of the five, 10, and 20 dollar notes and stating that all will include women in some manner. The reverse of the 10 will feature women that prominently figured in the movement for woman suffrage in the United States: Susan B. Anthony, Alice Paul, Sojourner Truth, Elizabeth Cady Stanton, and Lucretia Mott. This announcement is a wonderful opportunity to take a look at how woman suffrage has been depicted on coins and currency in the past!

Susan B. Anthony is perhaps the best-known suffragist in the United States, likely in part due to the circulation of a one dollar coin that features her portrait. Born in 1820 in Massachusetts, Anthony played an integral role in the suffrage movement in the United States. She campaigned around the country and participated in multiple organizations with the aim of getting women the right to vote. More than a suffragist, Anthony was also an activist for racial equality, and for women's property rights and equality in marriage. Anthony died in 1906, 14 years before the 19th Amendment would grant female citizens in the United States the right to vote.

In 1979 the United States commemorated Anthony's great contribution to society with a one dollar coin. This was the first time that the United States featured a real, as opposed to allegorical, woman on a coin intended for circulation. The coin was minted in multiple years (1979-1981 and 1999) but did not achieve great popularity. Though they are no longer being minted, Susan B. Anthony dollar coins are still in circulation. They were replaced with Sacagawea gold dollar coins, one of which can also be seen on display in the "Women on Money" display inside the Stories on Money exhibition. 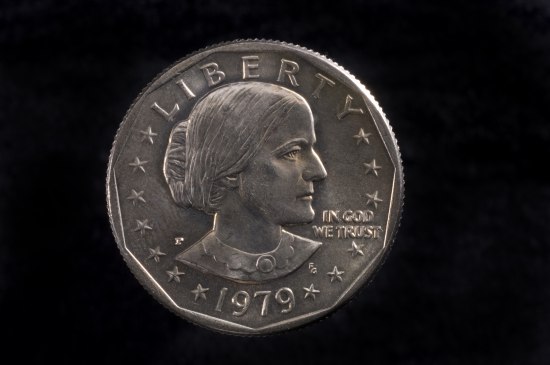 New Zealand has featured Kate Sheppard, a leader in the country's movement for woman suffrage, on the 10 dollar note since 1999. Born in 1847, Sheppard had a significant impact on politics in New Zealand, first by founding its Women's Christian Temperance Union and then by leading a suffrage movement there. In 1893 the efforts of Sheppard and many others led to New Zealand becoming the first country to allow women to vote. Her work did not stop there; Sheppard continued to fight tirelessly for women's rights. In 1896 she cofounded the National Council of Women of New Zealand and was actively involved in efforts toward suffrage in other countries. Sheppard died in 1934. The ten dollar note bears her portrait along with a white camellia, a flower that is representative of woman suffrage in New Zealand. 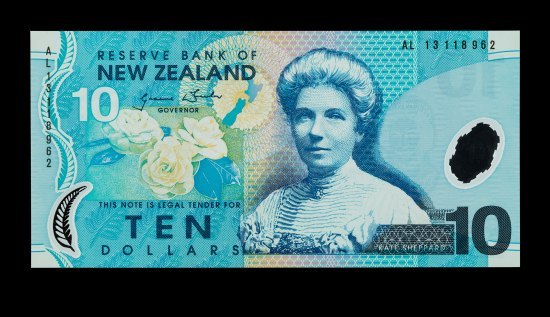 Secretary Lew, in his announcement about the changing currency, stated that the new designs for the notes will be revealed in 2020, the centennial of the ratification of the 19th Amendment in the United States. I am looking forward to seeing the redesign of all three notes and am especially excited to see the suffragists who fought so tirelessly for the passage of that amendment be honored on the anniversary of their great achievement.

Posted in From the Collections, Women's History, Numismatics