The Torchon Lace Company: The fine line between entrepreneurship and fraud

Walking down a street in Chicago in 1901, Sylvester G. Lewis saw a large group of women enthralled with a lady making lace in a window display. Lewis also recognized a business opportunity for making a reputation and fortune for himself by capitalizing on lacemaking opportunities in America. The 20th century was in its infancy and the possibilities were unlimited for a budding entrepreneur. He learned about bobbin lacemaking, which is a type of off-loom weaving of an open-work fabric, made by hand with threads wound on bobbins. Satisfied with his basic knowledge, in 1902 he started The Torchon Co-operative Lace Co., which produced and sold equipment and instruction books needed for mastering lacemaking. The Chicago-based company invested heavily in advertising in the leading ladies' magazines. 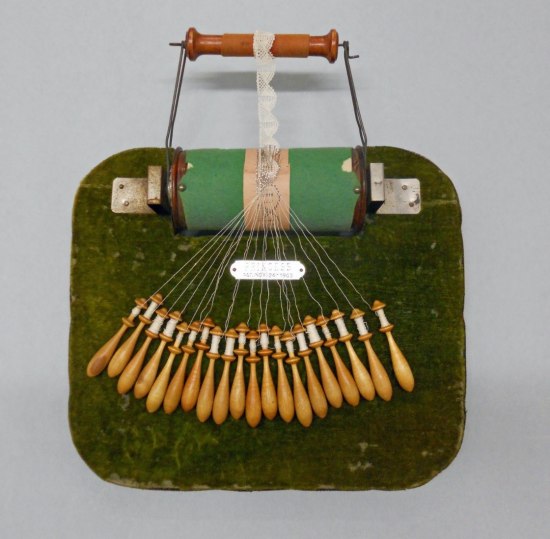 The name "Lace Machine" gives the impression that the operator pushes a button, and lace is magically produced. However, that is not the case here. The specifications in the patent application states that "the general object of my invention is the construction of an apparatus by means of which the old process may be more simply, readily, rapidly, and effectively carried out and which when used in connection with a suitable pattern will enable others than artizans [sic] to produce lace by hand." According to Merriam-Webster.com, a machine is a piece of equipment with moving parts that does work when it is given power from electricity, gasoline, etc. Mr. Lewis's Lace Machine does not do any work. He simply added a take-up roller mechanism to a standard lace pillow (a cloth form stuffed hard with sawdust or straw that the lacemaker used as a base for the pattern, using pins to maintain the crossings of the threads as she worked.) The roller held the completed lace taut and out of the way as the maker continued working.

The name was later changed to "The Princess Lace Loom" or "Princess Lace Machine." The term "lace loom" is also misleading, since the lace pillow was not a weaving frame—it merely provided a firm surface for the lace pattern and a platform for the bobbins while the lace is being made.

Lewis was not the only one to see lacemaking as an opportunity. An article in The New York Times, "Lace Work for Women" by Ada Sterling, in 1900 encouraged American women to take up lacemaking themselves instead of "selecting the best examples of handwork abroad, paying high prices to middlemen, and, added to this, the regular duties, or tariff." Sara Hadley in New York sold similar patterns through her classes and shop, and there were lace courses being taught in Boston and other places in the early 1900s. These were primarily crafts classes for individuals, as the handmade lace industry had mostly been overshadowed by machine-made laces in the 1800s.

With the (ostensibly) noble cause of introducing bobbin lacemaking to the American ladies, "The Torchon Lace Company has purchased the American patents on a handsome new and improved little Loom." Except for the take-up roller added to the back of the pillow for the finished lace, it is hard to see much improvement over earlier models. It is a very functional lace pillow, however, which sold for $5 each by mail-order. Each instruction booklet cost 50 cents, patterns 10 cents each, bobbins 50 cents per dozen, and Barbour's Irish flax thread (from which the lace was made) 10 cents per skein "postage prepaid."

One of the Torchon Lace Company's promotional flyers, called "OPPORTUNITY," states on page 2:

"The possibilities of introducing the art [of lacemaking] in this country and making it a paying proposition at once suggested itself, but difficulties of no small proportion at once loomed up; … A system of numbered patterns was devised and instructions printed which would enable one with no previous knowledge of the work to accomplish results in a short time..."

The Torchon Lace Co. offered a slight variation on the lace-by-number instructions used in lacemaking manuals between 1884 and 1901, from which Lewis copied his patterns. It defies imagination that the more complex patterns could be made on this type of roller pillow, and evidence from examining many old Princess Lace Looms and patterns shows that very few lacemakers made more than the first few simple patterns. 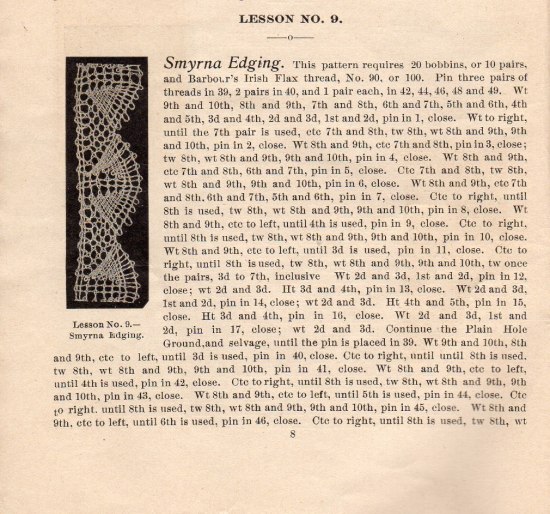 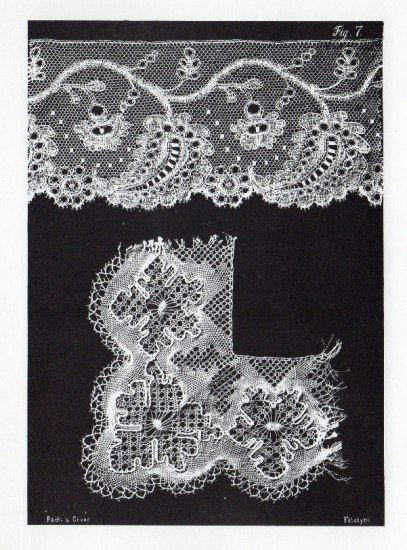 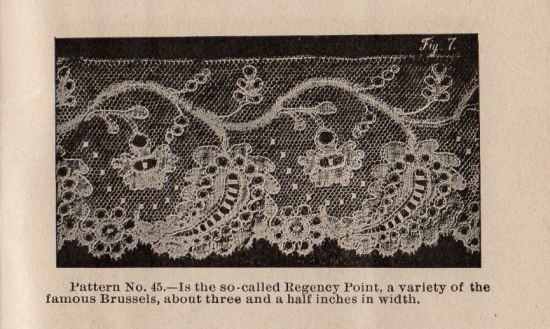 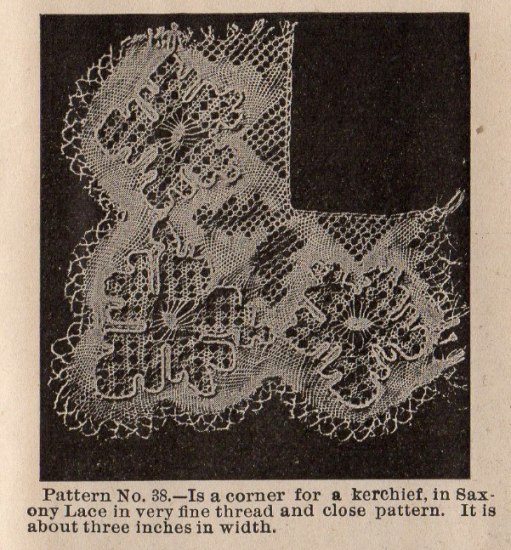 New lacemakers were encouraged to learn the craft quickly, and then teach others, so they would want to buy the Princess Lace Machine. Agents who were willing to sell the lacemaking equipment to their neighbors and friends earned a commission of $1.50 for each $5.00 Lace Loom and 25 cents per instruction booklet. Interestingly, the agents were encouraged to give the first lesson free of charge and then charge 50 cents per lesson after that. It was imperative that they send the names and addresses of any potential interested party to the Torchon Lace Company. In essence, this marketing ploy was something of a pyramid scheme, although consumers at the time may not have been knowledgeable about this.

It seems to have worked, as the Torchon Company advertising from 1906 proclaimed "Over 25,000 already sold," and many of these Princess Lace Looms can still be found in attics, antique shops, and at garage sales. The 2016.0048 donation was bought by the donor's mother in the 1960s at a convent sale in Wisconsin and never used again until it was set up for the Smithsonian collection. 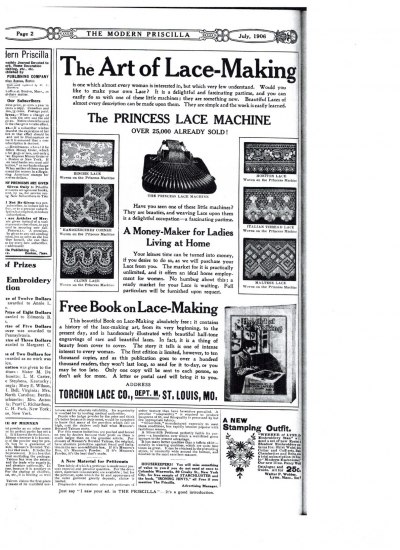 The Torchon Lace Company offered to buy the lace their customers made on their patterns, as they had a ready market for handmade lace with the distinct advantage of not needing to add the 60% tariff that was imposed on imported lace in the early 1900s. A sample card with three short (two-inch) pieces of lace were mailed to customers with the prices the Torchon Lace Co. would pay per yard for lace made by their customers. The range was approximately 12 to 25 cents, depending on the complexity and width of the lace.

By 1906 the company had moved to St. Louis and had accumulated a mailing list of 100,000 names. In order to sell a variety of dry goods by mail-order, the Torchon Lace Company became the Torchon Lace & Mercantile Company, which remained in business through 1919. A branch was also established in Sydney, Australia. In 1913 Sylvester G. Lewis left the company to establish a real estate and building company in St. Louis.

Lace has been made in America for a very long time, with the largest concentration in Ipswich, Massachusetts, in the late 1700s. Since the early 1800s machine-made lace has taken over most of the commercial lacemaking, but hobbyists still make handmade lace, and demonstrate lacemaking on a monthly basis at the National Museum of American History.

Karen Thompson is a volunteer with the lace collection in the Division of Home and Community Life and has previously blogged about the Hapsburg Veil, the Bayeux Tapestry in needle lace, and the war laces in the museum's collection.