Well, that sucks…or does it?

Vacuum technology is fascinating to me. Unfortunately for my house, I'm talking about a vacuum defined by the absence of matter, not the domestic device. While our pals at the National Air and Space Museum will get excited about the vast vacuum of space, we at American History are geeking out about how a good vacuum was both necessary and fatal for a scientific experiment that demonstrated an important concept in quantum mechanics. 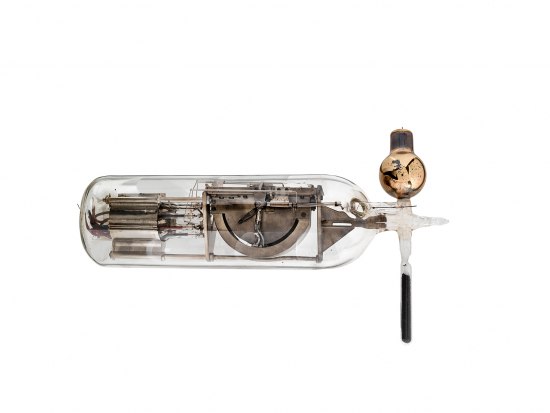 We have in our collections the apparatus used in this 1927 experiment by Clinton Davisson and Lester Germer of Bell Telephone Laboratories. . . or so we thought. Close inspection reveals some key differences between the object we have and the one they detailed in their paper for the Physical Review. The apparatus Davisson and Germer described reminds me of a ship in a bottle, except instead of a ship there is a gun that fires electrons ("G" in the drawing above) at a target made of nickel atoms arranged in a crystal lattice ("T") and a collector ("C") to detect the reflected electrons. They used the apparatus to find distinct peaks in the scattered electrons at particular energies positioned in locations that would be expected if the electrons were treated as light waves diffracted from a crystal. That result is quite different than what you would expect if you simply treated electrons like little balls bouncing off a wall. 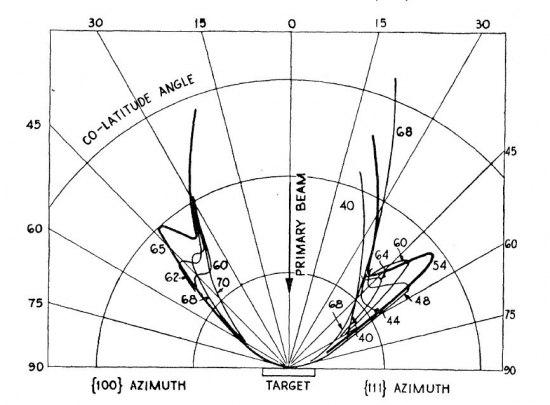 Putting aside the zany wave-like behavior of the electron that this demonstrated, let's look at the object itself. Why an experiment in a bottle? That has everything to do with the fact that Davisson and Germer needed an excellent vacuum. Otherwise, the low-energy electrons they used would knock into air particles and they could forget getting any kind of useful electron energy and position information out of the experiment.

As you can see from the figure above, they had to be able to measure the scatter of electrons from angles between 20° and 90° from the direction the electrons were fired at the target. How to do this when the apparatus is completely sealed? Davisson and Germer had an elegant solution: make the collector move as you tilt the glass tube.

According to their 1927 paper in the Physical Review, you are also supposed to be able to spin the nickel target around its axis by tilting the tube. But, the museum's object doesn't have this feature! I had to face the facts. Despite what our files say, this is not the apparatus that obtained results that won Davisson a share in the 1937 Nobel Prize in Physics. Why the mistake?

I blame the vacuum.

The high vacuum might have provided an ideal environment to study electrons, but it wasn't good for the longevity of the original apparatus. Before the glass tube was pinched off and sealed (at the pointy end), it was connected to vacuum pumps while being baked at 500°C for days, driving residual particles and moisture off the surfaces and out of the glass envelope.

Even when the tube was sealed, Davisson and Germer pushed for even higher vacuum. That's where coconuts come in. Seriously. Coconuts. While the experiment was running, a thin side tube containing coconut charcoal was dunked in liquid air, which was so cold that residual gas particles were effectively trapped when they entered this section.

We are talking about some serious stress on the glass, going from high temperatures to extremely low temperatures—not to mention the pressure difference between the atmosphere on the outside and the vacuum on the inside of the tube. I wasn't surprised at all when my research led me to an article that quoted one of the researchers as saying the original apparatus "blew up and [was] partially ruined" on August 4, 1927. 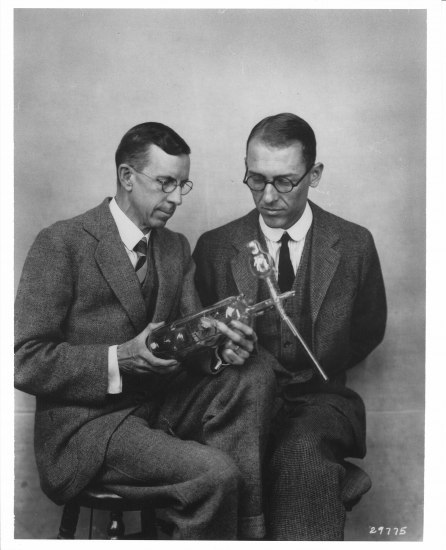 A pile of broken glass isn't that photogenic, so when Davisson and Germer were photographed in December 1927, they likely posed with a tube from a previous experiment. While it is slightly different than the one that was donated to the Smithsonian, they each have similar features to the 1927 apparatus that was used to collect the famous data and later went to pieces. Davisson had been involved in scattering experiments for some six years previously, so he had similar apparatus around. But, it was not until he and Germer investigated scattering from a single crystal of nickel in 1927, instead of a target made of a mixture of different crystal structures, that they hit an experimental home run.

We have a story of high vacuum, broken equipment, and questions about the veracity of the object's record . . . all of which suck in a way. However, there is a silver lining. As Davisson and Germer themselves note, it was the accidental breakage of a similar tube used in electron scattering experiments in 1925 and the sudden crystallization of a heated nickel target that inspired them to ask what would happen if they just shot electrons at a single crystal of nickel. That worked out pretty well for them in the end.

Kristen Frederick-Frost is curator of modern science in the Division of Medicine and Science. 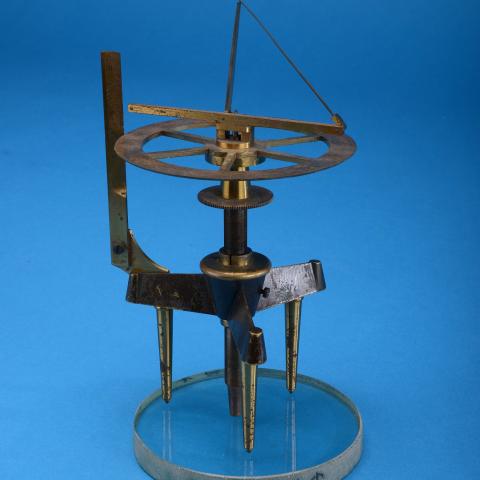 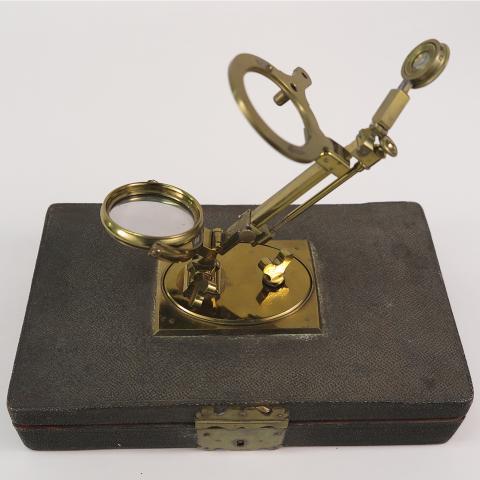