What do the Bronx, Silicon Valley, and a Colorado college town have in common?

When you combine the right people and a mix of useful resources in a special place, invention and innovation often result. Here at the Lemelson Center for the Study of Invention and Innovation, we've been studying this phenomenon and can't wait to share it with you in Places of Invention, opening July 1. The new exhibition uses six case studies from different time periods, industries, and places around the U.S. to demonstrate the breadth and diversity of invention. I'd like to introduce you to a few of my favorite objects from three of these inventive hot spots. (Yesterday I shared three others from Hartford, Hollywood, and Medical Alley. Check it out.)

Today, hip-hop is a cultural behemoth, but it was born in an economically and physically devastated neighborhood in New York City. The first generation of hip-hop artists were influenced by the rich and diverse musical traditions of their neighbors, and scavenged the urban landscape for raw materials. DJs used their families' sound systems and mined the Bronx's abandoned buildings, cars, and streets for components they needed to craft the "best" sound system. This equipment was re-worked, re-imagined, and re-wired and then paired with newly created techniques for manipulating records. 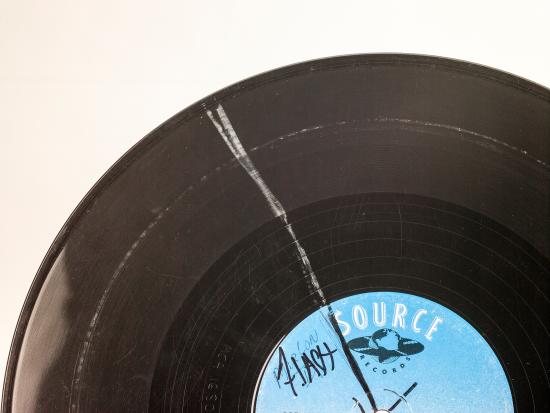 Grandmaster Flash was known for his physical manipulation of records, quick-mixing, and the peek-a-boo system, in which records could be heard through a pair of headphones without the sound coming through the main sound system. This Chuck Brown record was used by Flash and is a representation of one of his other innovations: "clock theory." Flash would mark the records to see at a glance where to start and stop the needle.

In the 1970s and '80s, Silicon Valley inventors changed the face of computing with the first "personal" computers, small enough to fit on a desk. One of my favorite objects in the exhibition comes from a time period shortly before personal computers, but certainly had a huge impact and is a device many of us use every day: the mouse. 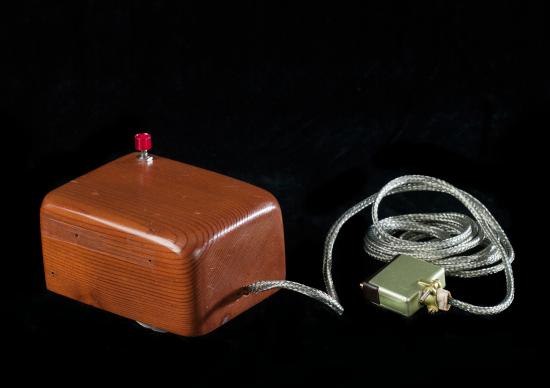 Douglas Engelbart and his colleagues at Stanford Research Institute (SRI) were pioneers in the field of "human computer interaction." A lot of the tech innovations we use and still marvel at today—collaborative documents and video communication to name just two—were envisioned and made into reality in Engelbart's lab—in the 1960s! In 1964, they built a hand-held pointing device to manipulate images and text on a monitor's screen. The prototype—on loan to us from SRI for the duration of the exhibition—is a simple wooden box with two perpendicular metal wheels, a selection button, and a wire connection to the processor. Engelbart's "mouse" was refined by researchers at Xerox PARC and made popular with the release of the Apple Macintosh in 1984.

While visiting Fort Collins, Colorado, a couple of years ago, I was mainly interested in sampling the local beer scene. Little did I know that New Belgium Brewery, perhaps Fort Collins' best known brewery, is a great example of sustainable practices. New Belgium diverts 99.9% of its waste away from landfills, generates about 20% of its electricity needs on site, and has developed an innovative internal energy tax to allocate funds for future efficiency and renewable energy projects. 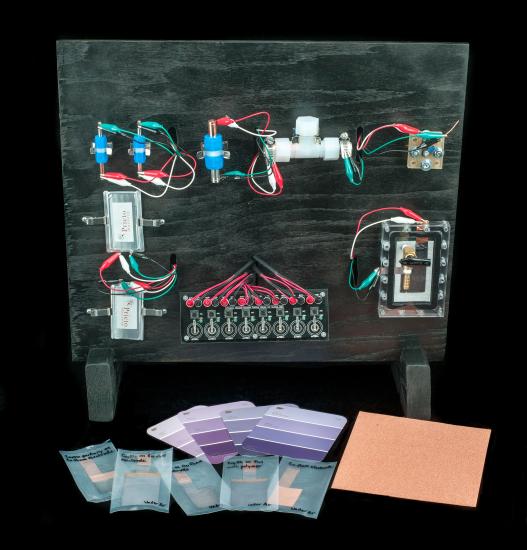 New Belgium is right at home in Fort Collins where Colorado State University, the city, and community businesses are gaining a reputation for breakthrough inventions in clean energy and socially responsible innovation. Amy Prieto is one such inventor making a difference. New materials and electroplating methods developed at her company, Prieto Battery, are eliminating toxic substances from rechargeable batteries and decreasing charging time and production costs. This test board and components allow researchers to try many configurations of materials needed to produce safer, cheaper, and more environmentally friendly batteries.

While the six places featured in Places of Invention are special, they are just a few of the many inventive places found across the globe. My Lemelson Center colleagues and I invite you to tell us of other places of invention you know about by adding them to the interactive map we've built. The map is already growing, win pins popping up in locations near and far, sharing stories of innovations big and small.

Then visit the map. Browse to see stories others have shared, then click the "Add A Place of Invention Story." This will take you to a short form. Fill it out, then check back in a couple of days to see your story on the map.

We hope you'll join us in our exploration of the relationship between place and invention. Visit Places of Invention when it opens at the Museum in the Lemelson Hall of Invention and Innovation on July 1, and make sure your community is represented on the map! 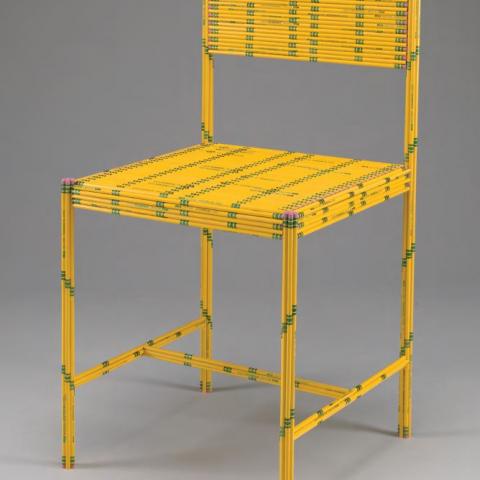 Reinventing the chair, a pencil sketch in three dimensions
The humble chair has long been the subject of invention and reinvention. From reclining and office chairs to today's ever-shrinking airline...