When Dumbo came to D.C.

How do you get an elephant into a museum? If you’re the Smithsonian’s National Museum of American History, the technical answer is “through the loading dock!” But then why would the museum want to bring in an elephant in the first place?

Well, our elephant is famous. And he isn’t a real elephant. Our elephant is Dumbo the Flying Elephant and he comes from Disneyland!

Disneyland, Walt Disney’s original theme park in Anaheim, California, celebrated its 50th anniversary in 2005. Over its first 50 years, Disneyland had transcended the label of amusement park to become an American icon. Scholars such as Margaret King, Stephen Fjellman, and John Schultz have recognized Disneyland and its Florida counterpart, Walt Disney World, as, respectively, “a ‘national trust’ of mainstream cultural values,” “a community of memory” for the American people, and “the hub of American myths.” Given those descriptions, it seemed fitting to both the Smithsonian and The Walt Disney Company to mark the anniversary of Disneyland’s opening (July 17, 1955) with a donation of objects from the park to the national collections.

When collecting objects, curators often seek to understand from donors what objects from an event or time have the most meaning for them (if they have the luxury of having multiple objects to select from). Museum professionals and Disney representatives went through a collaborative process to decide what items would best represent the park.

Then-Smithsonian curators Dwight Bowers and Ellen Hughes traveled to Disneyland and met with the Disney team dedicated to the park’s 50th anniversary celebration. Tim O’Day, a member of the Disney team tasked with creative publicity efforts for the anniversary campaign, possessed a keen knowledge of Disney history and remembers that the staff from Disney and the Smithsonian “scoured every inch of Disneyland for several days” to find what best represented the park. Whatever they chose, it needed to immediately say “Disneyland” to the viewer.

Someone in the group suggested a ride vehicle, because of course the attractions and experiences are the heart of the park. The group quickly decided to only consider those from the handful of attractions that had been around since the park’s 1955 opening, which narrowed selection quite a bit. The Mark Twain Riverboat wouldn’t fit in the museum. A carousel horse was considered but abandoned because, once taken out of the context of the park it might be mistaken for just any carousel horse. It had to be attractions that no other park could claim. Someone mentioned the Mad Tea Party teacups, and everyone immediately agreed that was perfect. Nowhere else could boast a human-sized teacup!

Bowers suggested a vehicle from Dumbo the Flying Elephant, as it was also an opening day attraction (and because Bowers himself enjoyed Dumbo). Before making their final decision, the team took one more walk around Disneyland. According to O’Day, “We sat and watched people get on Dumbo. And we watched people watch Dumbo. And everybody was smiling. And as we sat there, we kind of looked at each other and went yep, this is it.”

Deciding what to place in the national collection to represent Disneyland was the easy part. Getting the ride vehicles into the museum meant quite a bit of logistical planning, since Disneyland and the Smithsonian are on opposite coasts of the United States. They were shipped into Washington, D.C. and then placed on the back of a flatbed truck to ride (with a police escort) through the city to the museum’s loading dock, specifically designed to receive large objects.

Once the truck arrived at the museum, the cars had to be carefully unloaded by trained staff and wheeled through the museum to their final destination, a small display that explored the history of Disneyland.

The donation was officially given to the museum in a ceremony on June 8, 2005, that highlighted the status of both the Smithsonian and Disneyland as icons and keepers of American culture.

In his remarks, then-Chairman and C.E.O of The Walt Disney Company, Michael Eisner, perhaps summed it up best: “From Main Street U.S.A. to the futuristic vision of Tomorrowland, Disneyland has always incorporated the cultural fabric of America and these two items—Dumbo and the Tea Cup—have become incredibly familiar in the lexicon of popular culture…During the park’s 50th anniversary, it seemed a perfect time for Disneyland to officially join hands across the continent with the Smithsonian and bring these two great American institutions together.”

The marking of Disneyland’s 50th anniversary at a national institution like the Smithsonian both acknowledged the role the park has played in American history and assured its lasting memory into the future. Despite not being on view for several years, Dumbo continues to rank among the most popular objects at the museum 15 years later, and as Disneyland is now marking its 65th anniversary, the charming attraction and its location still resonate with the American people. 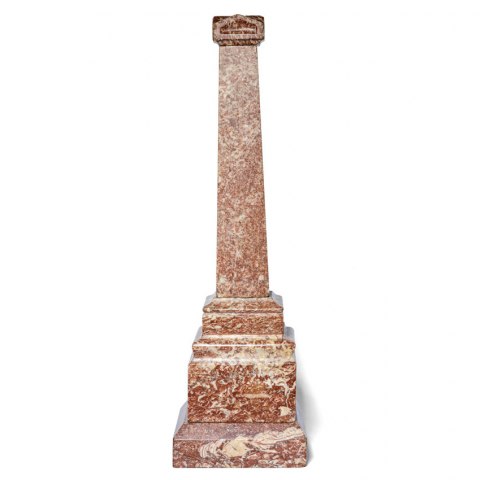 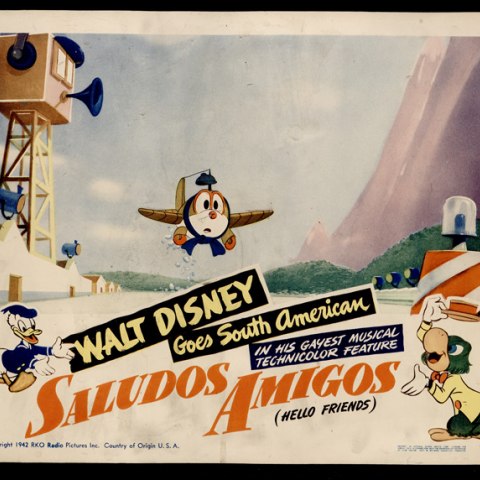