From the wok to the frozen food aisle

The combination of time-saving, cost effectiveness, variety, and ability to keep food for a length of time is what has made frozen food a mainstay of the American grocery list. It also provided a way for Americans to experience cuisines other than their own. Today, we can easily enjoy Indian, Chinese, Latin American and many other cuisines once considered rare or exotic. But there was a time when people were mistrustful of foreign foods, and of packaged frozen foods of any kind. 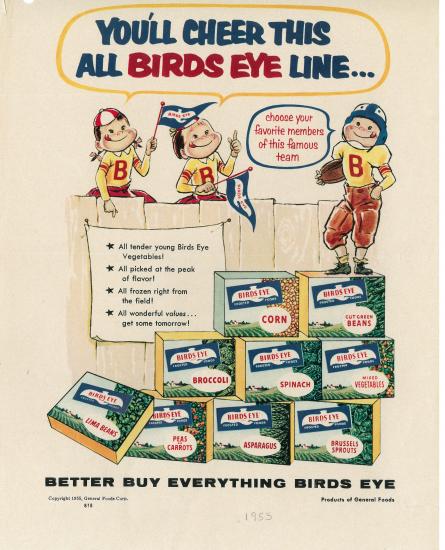 Today we don't have a second thought about frozen foods being well-preserved and long-lasting, but that hasn't always been the case. Slow and uneven freezing were once major concerns that contributed to consumers' fear of poor taste, or worse, unsafe foods. In the 1920s, Clarence Birdseye experimented with freezing food in small quantities and "quick-freezing," enabling food to reach a lower temperature faster. He also developed better packaging and methods to pack food more tightly and achieve even freezing throughout. But consumers remained skeptical about the safety and quality of frozen foods, and grocers weren't convinced it would be profitable. Birdseye took huge risks to pioneer his products, beginning with enlisting the aid of a small number of stores. He supplied them with freezers containing a variety of frozen foods sold on consignment and hired demonstrators to convince consumers that frozen foods were the future. 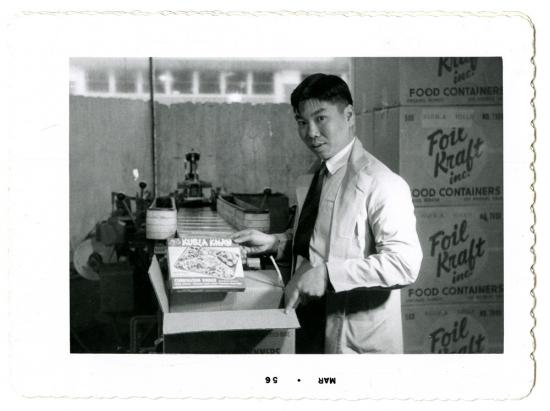 Another frozen foods pioneer, Percy Loy, was born in Vancouver, Washington, to Chinese immigrant parents. He became an Army Air Force pilot during World War II, serving as a bombardier and flight instructor before retiring as a lieutenant colonel. Yet, like other Chinese-American pilots, Loy was unable to find work with a commercial airline after the war. He opened a Japanese restaurant, feeling it would be perceived as more high-end than a Chinese one. Ultimately, however, the more successful venture proved to be selling his native cuisine in the form of frozen meals. 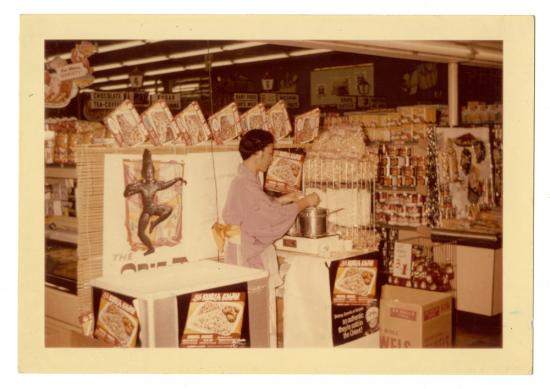 In 1950, Percy Loy and his brother-in-law Robert Wong started Kubla Khan in the basement of a Chinese restaurant in Portland, Oregon. Their plan was to sell prepared frozen Chinese entrées, believing that the convenience of frozen meals would appeal to consumers. 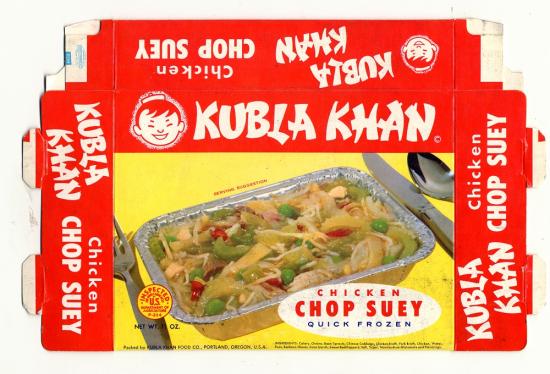 While they weren't the first to offer frozen Chinese-inspired food—Breyers Ice Cream had its Golden Pagoda brand that sold frozen chow mein and chop suey—Kubla Khan had little competition at the time. 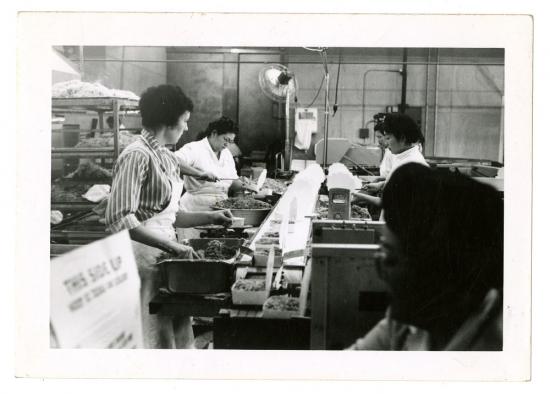 Kubla Khan kept up with the changing technology but held onto traditional cooking techniques. Under Loy's guidance, the company made much of its food in woks or with steam, eschewing the automated, large batch vat cooking that other makers used. Loy said that this ensured uniform heating and an authentic taste. 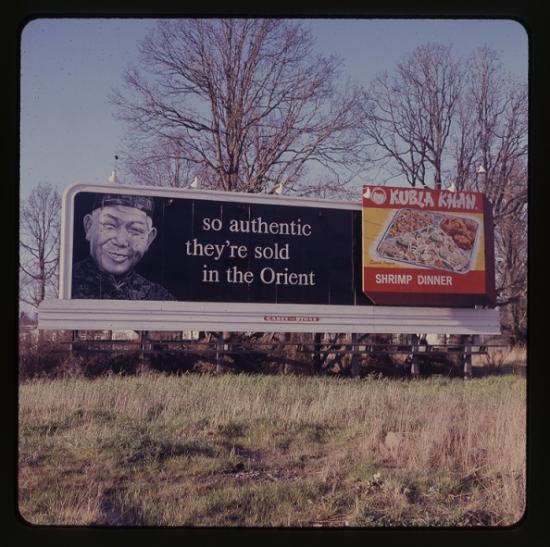 The Kubla Khan Company was not the largest frozen Chinese food manufacturer, but it was pioneering. It helped increase American familiarity with a cuisine previously considered foreign and exotic. It also helped spread the word about frozen food, something we now take for granted, with access to multiple frozen aisles at the grocery store. Kubla Khan did this not only with their products, but also through Loy's vigorous promotion of frozen foods. 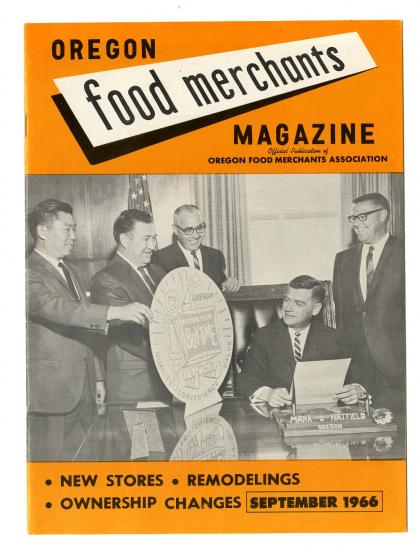 Loy was tireless in campaigning for the industry and convincing grocers of frozen food's profitability, hoping to build consumer trust and make Chinese food accessible. A strong believer in giving back to his community, Loy supported other minorities who wanted to start businesses, including some of his own former employees. He also helped several universities create foreign exchange programs and led the first trade delegation to China after Nixon's visit. Kubla Khan is still a family company, no longer manufacturing but still run as an import-export business by Loy's daughter. With Percy Loy's unique vision, Kubla Khan helped popularize frozen food in America and encouraged Americans' now indisputable love of Chinese food.

Cathy Keen is an archivist at the National Museum of American History. She has previously blogged about the history of sports bras, Jackie Robinson’s life in comic books, and baseball teams of Washington, D.C.