How women's history and civil rights first came to the Smithsonian

You've just won voting rights for the women of America. What do you do next? Go to the Smithsonian!

The women of The National American Woman Suffrage Association (NAWSA) had a plan. It began with a painting. 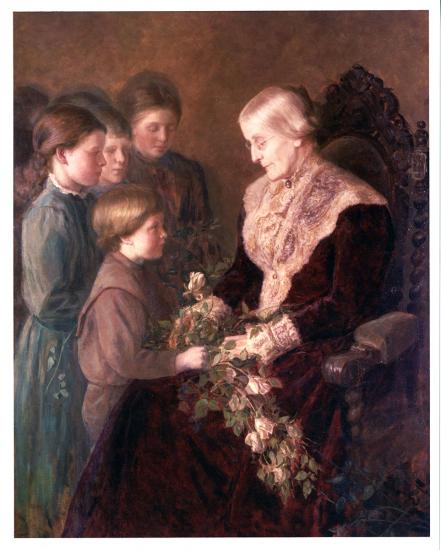 On June 4, 1919, forty-one years after it had first been introduced, the woman suffrage amendment passed both houses of Congress and went out to the states for ratification. With victory finally in sight and well aware of the historical significance of what they were poised to achieve, Helen Gardner, vice president of NAWSA, approached the Smithsonian Institution with the painting of Susan B. Anthony and relics of their leaders and movement. They came to claim their place in history.

NAWSA had offered Anthony's portrait to the national collection in 1918 but the (male) curator of history determined that the painting was of no special interest to the museum's history collection but might be suitable for the collection of portraits of notable Americans if space became available. What a difference a year makes. Now the (male) head of the department declared that, "there can be no question of the historical importance of the movement initiated by Miss Anthony and now carried out to a successful ending." The curator, Theodore Belote, agreed providing that the objects offered were "interesting." 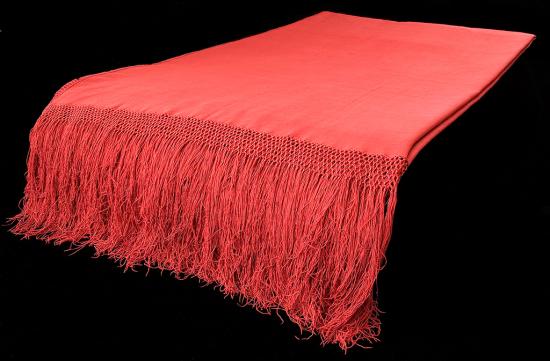 The first group of material arrived at the museum in late June. It included the portrait, relics of Susan B. Anthony including her iconic red silk shawl, and the mahogany table on which Elizabeth Cady Stanton drafted the Declaration of Sentiments in 1848 and began the long quest for the vote. Gardner made it clear that more objects would be sent. They would create a display dedicated to "the greatest bloodless revolution ever known," and its heroines, Susan B. Anthony, Elizabeth Cady Stanton, Anna Howard Shaw, and Carrie Chapman Catt. It would be NAWSA's interpretation of the suffrage struggle, not that of the more confrontational National Woman's Party, that would be part of the national narrative presented by the Smithsonian. Anthony's niece Lucy called it "the crowning glory to everything."

Although the Smithsonian was ready to announce the donation and display the collection in October 1919, NAWSA preferred to keep the objects under wraps for a while longer. On August 26, 1920, the Nineteenth Amendment giving women the right to vote finally became part of the United States Constitution. The Smithsonian's Annual Report for that same year reported NAWSA's gift of "mementoes of Susan B. Anthony and objects illustrating the history of the women's suffrage movement in the United States from 1848 to 1919." 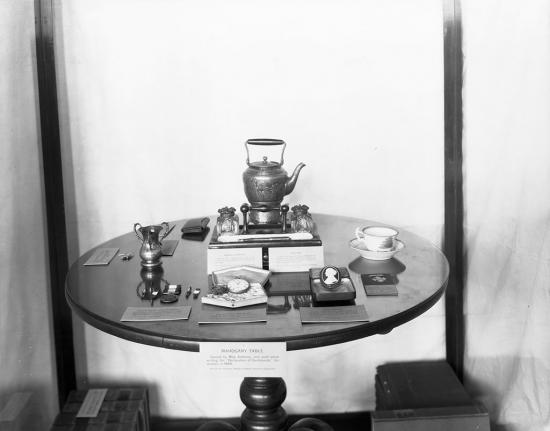 The Smithsonian and its donors called it the Susan B. Anthony collection. The current generation of curators calls it the foundation of the national women's political history and civil rights collections.

Each year on August 26, Women's Equality Day, we commemorate the ratification of the Nineteenth Amendment to the Constitution. This year, take a moment to marvel at the changes a determined group of women can make to the course of history and how we remember it. Commit to exercising the right for which they fought for so long. The Declaration of Sentiments table and Susan B. Anthony's shawl, the NAWSA treasures that became national treasures, will be featured in a new exhibition planned to open in 2017 for which the museum is currently seeking support. 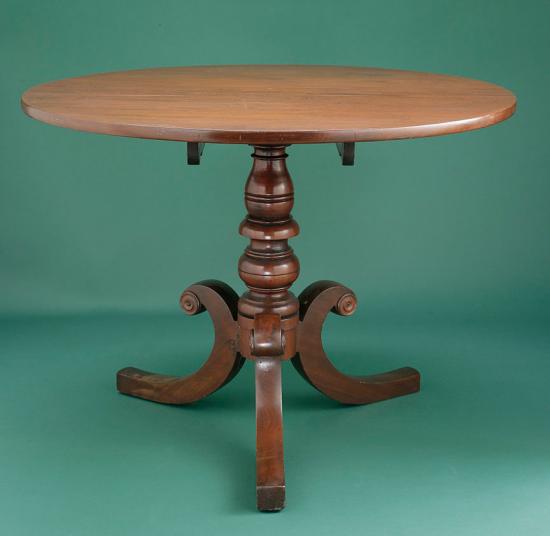 Here's to the women!

Lisa Kathleen Graddy is a curator in the Political History collection at the National Museum of American History. She is currently working on the voting rights section of the new exhibition on American democracy, planned for 2017. 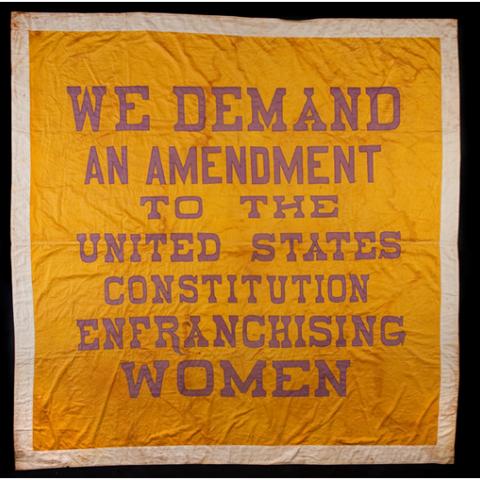 Guest post: Three objects from the 1913 woman suffrage parade
Five thousand women marched up Pennsylvania Avenue in Washington, DC, on March 3, 1913, demanding the right to vote. Elspeth Kursh of the...