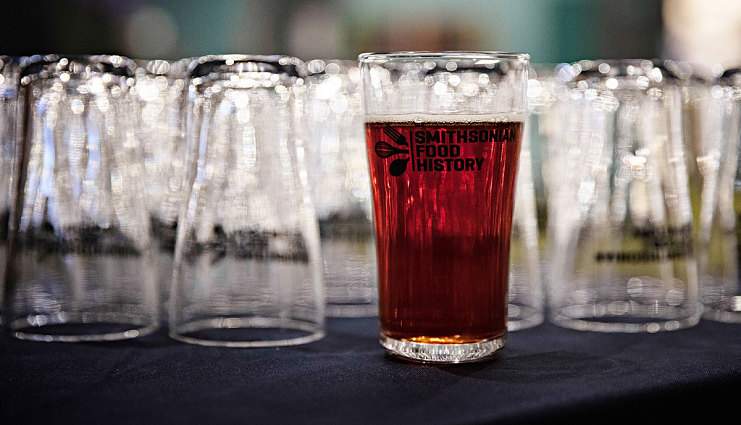 The American Brewing History Initiative at the National Museum of American History documents and collects the story of beer and brewing in America, with a special focus on home brewing and craft beer. This initiative enables the Museum to build an archive of American brewing history benefiting scholars and the public.

Beer and brewing have been central to American culture since before the nation’s founding. For this reason, the history of brewing is an effective and engaging lens through which to explore many of our nation’s most important stories. Beer sheds light on histories of immigration, urbanization, business innovation, evolving consumer tastes, and much more.

The Museum holds rich collections related to American brewing technology and advertising from the late 1800s and early 1900s. Newer histories of home brewing and craft beer, however, have yet to be collected. The initiative’s curator, Theresa McCulla, is building on the Museum’s current holdings and creating new collections with research and collecting trips throughout the country.

As American brewing culture expands in scope – the nation now counts more breweries than at any point in its history – our understanding of its role in American history deepens. This initiative, made possible through generous support by the Brewers Association, will ensure a permanent, prominent role for the story of American beer and brewing in the Museum’s archival collections, public programming, and exhibitions.

The American Brewing History Initiative is made possible through generous support from:

Read more about the work of the American Brewing Initiative.