In 1916, as a major epidemic of poliomyelitis swept the United States, the U.S. Public Health Service somberly acknowledged, “[t]here is no specific treatment of established value in poliomyelitis.” The poliovirus produces no, or only minor, symptoms in 95% of those infected. However, in about 5% of cases, flu-like symptoms of fever, neck stiffness, nausea, and fatigue, or a slight, temporary paralysis occur. About 1% of those with polio symptoms experience a severe form called paralytic polio that has lasting effects. In the worst cases of paralytic polio, 2% to 5% of children and 10% to 20% of adults die.

Before the development of effective vaccines, polio epidemics stymied medical practitioners and communities. Public health officers often imposed quarantines by posting signs such as this one on the doors of private residences. While isolating infected people was one of the most effective approaches to containing polio, it required communities to report outbreaks in the early stages; additionally, citizens needed to obey the strict rules of quarantine. 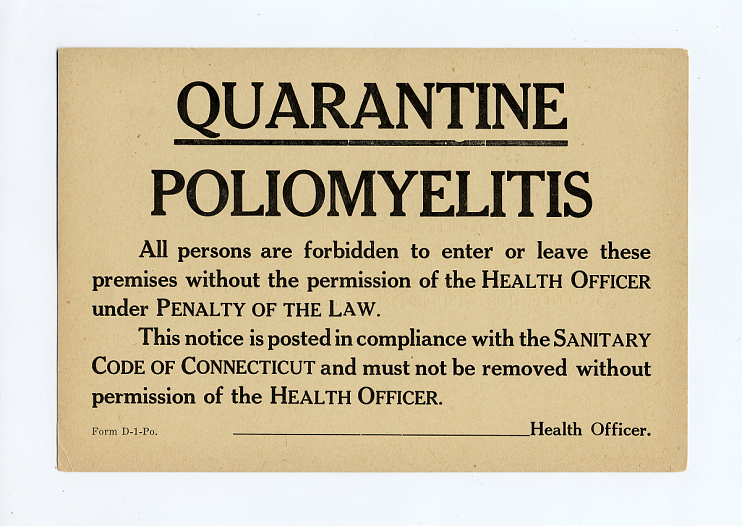 Despite the use of quarantines, polio could and did spread. During the first half of the 20th century, America experienced several epidemics.

In the acute phase of the disease, some patients suffered paralysis of the muscle groups in their chests, which resulted in breathing difficulty or—in the most severe cases—death. In 1928, Philip Drinker and Louis Agassiz Shaw developed a tank respirator or iron lung. Their device used a motor-driven pump to rhythmically increase and decrease the atmospheric pressure in the container, forcing the lungs to expand and contract, mimicking normal breathing. Patients usually spent one to two weeks in this type of respirator, leaving it only when they could breathe on their own. 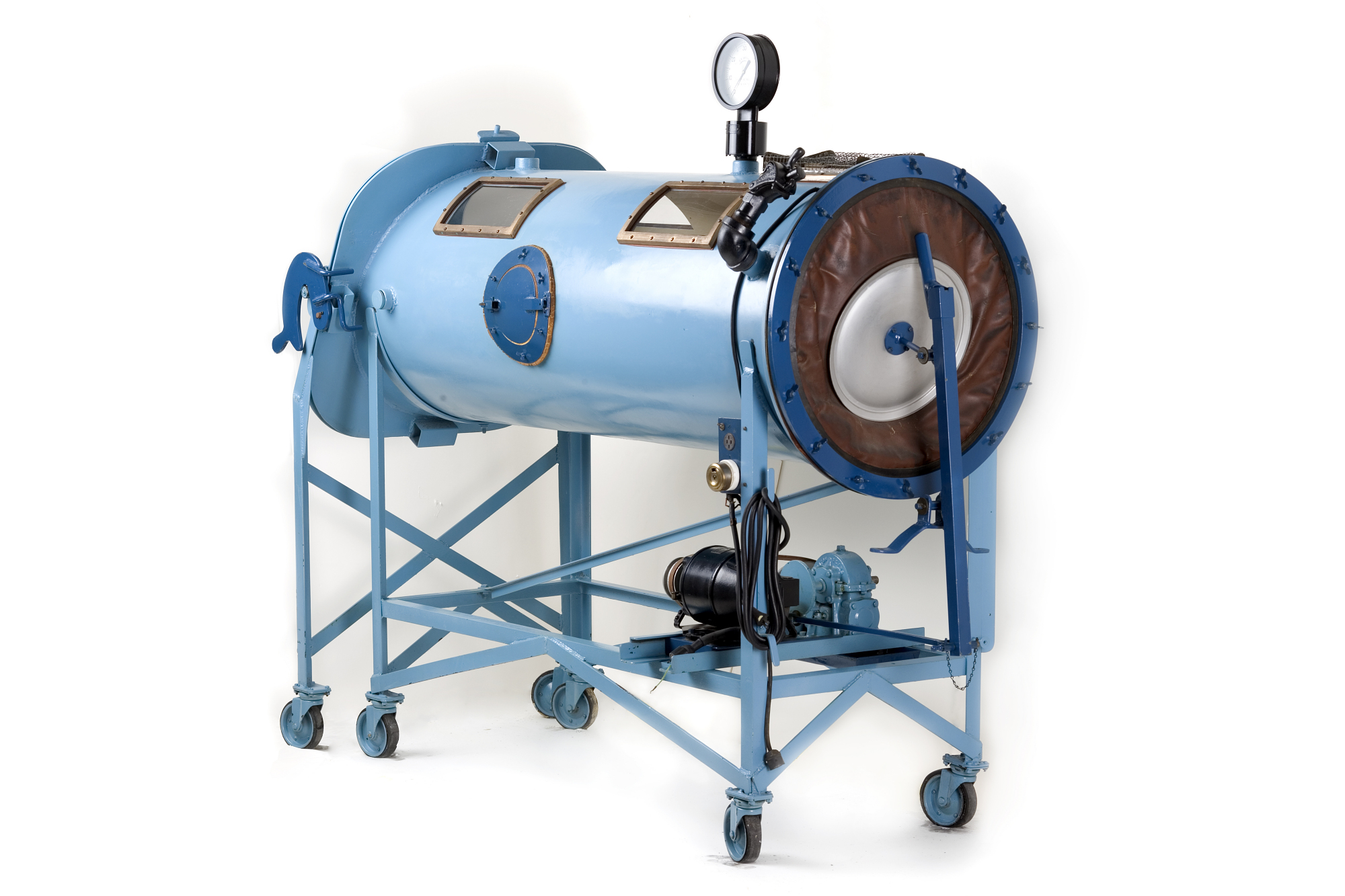 In 1931, John Haven Emerson introduced the improved iron lung depicted here. His design, which was quieter and cheaper, found a growing market as polio epidemics continued.

In some (rare) cases, polio causes a permanent loss of muscle function in the arms or legs. Patients often found themselves not only struggling to breathe but also to resume their lives after the disease had run its course. Edna Hindson was six when she developed polio in 1946; her scrapbook details her experience with the disease, including her trip to Warm Springs, Georgia, to recuperate. 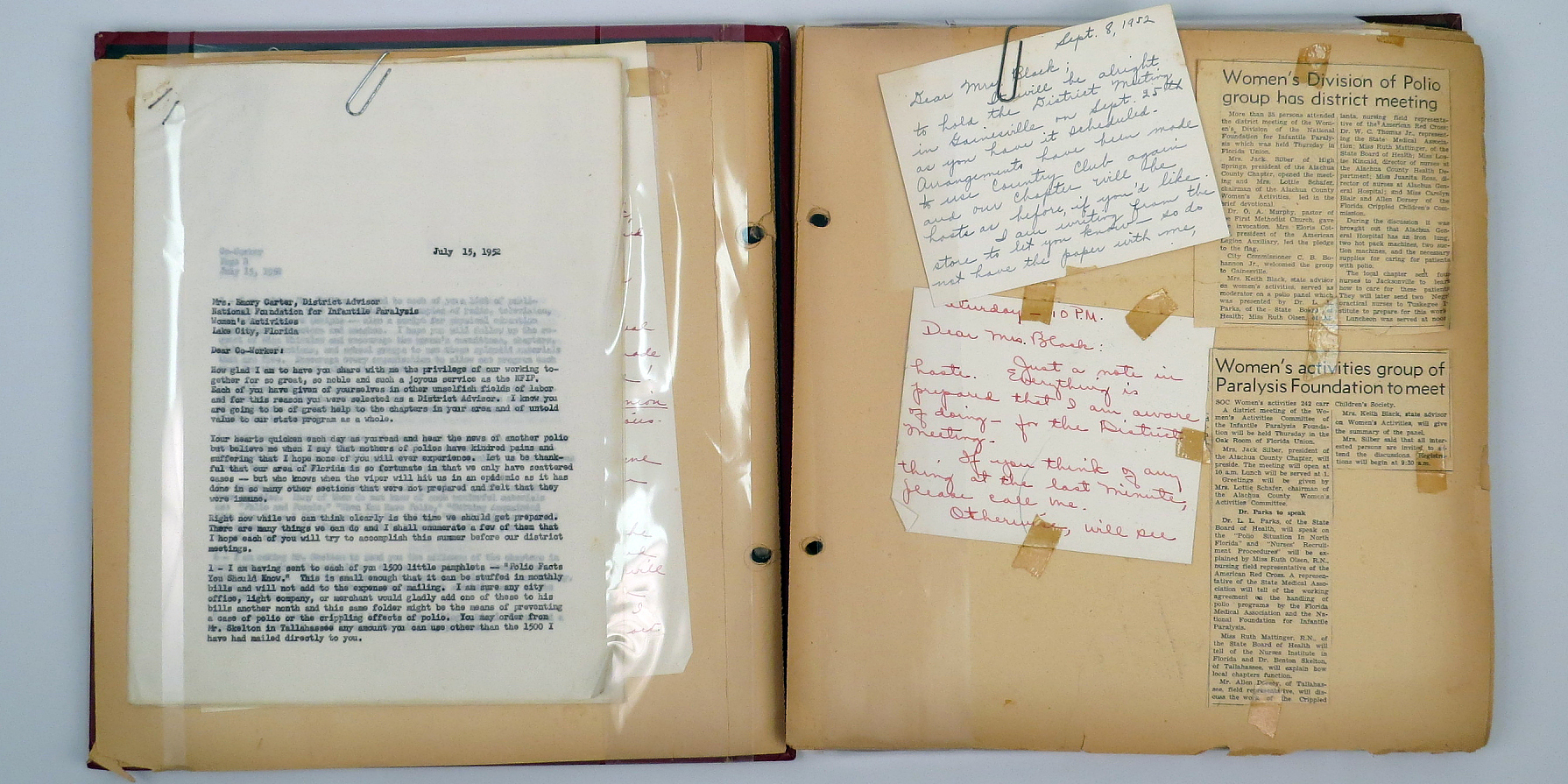 In an oral history done in 2005, Hindson remembered “wait[ing] and wait[ing] for” a brace while at Warm Springs. But even with braces, walking was difficult. Franklin Roosevelt, who contracted polio in 1921, used not only braces and crutches but also needed to lean on someone else’s arm to walk.

In 1938, Roosevelt pushed Americans to find a cure for polio by founding the National Foundation for Infantile Paralysis. Known as the March of Dimes, the organization used canisters such as this one modeled on an iron lung to solicit funds for the development of a vaccine. Promotional pins such as this one of a small crutches dramatized polio’s impact. 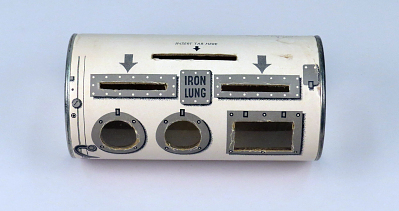 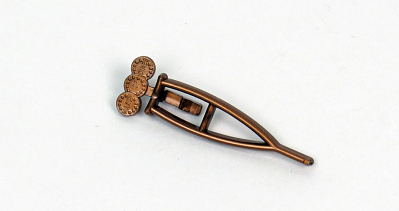 Researchers had isolated the poliovirus in 1908. During the first half of the 20th century, they pursued two different kinds of vaccine: one used an inactivated (killed) virus; the other a live but attenuated (weakened) virus. Jonas Salk’s early success with a killed virus vaccine led the National Foundation for Infantile Paralysis to implement a large-scale trial of his vaccine in 1954. Polio was so dreaded that parents eagerly volunteered their children, believing that the risks of the trial paled beside the dangers of polio. Ultimately, health officials inoculated 623,972 children from across the country with the experimental vaccine. Participants, such as Helena Wright, received pins and certificates indicating that they were “pioneers” breaking new ground in the battle against infectious disease. 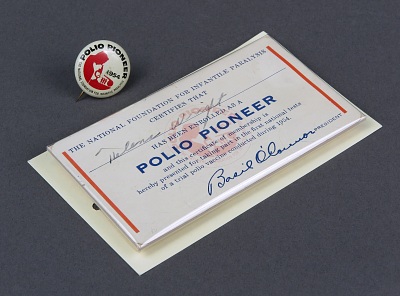 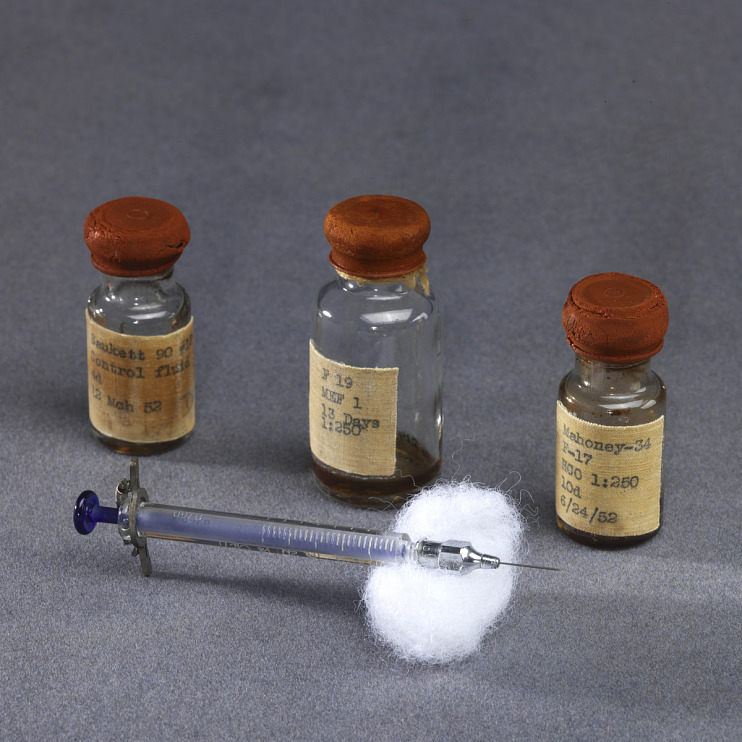 Even as Salk’s vaccine was being tested, Albert Sabin was developing a vaccine with an attenuated virus. Sabin argued that his vaccine, unlike Salk’s, would provide long-term immunity. Sabin’s vaccine also had the benefit of conferring “herd immunity.” Individuals who have received this vaccine shed weakened virus in their fecal waste; this gives others a partial exposure to the weakened virus, boosting their immune system.

By the time Sabin’s vaccine was ready to undergo field trials, most American children had received Salk’s vaccine and were, therefore, immune to polio. Searching for a population that had not received Salk’s vaccine, Sabin and his team decided to run field trials in the regions then known as the U.S.S.R. and the Belgian Congo. Polio’s dangers were such that the Americans and Soviets were willing to trust one another in testing Sabin’s vaccine, even at the height of the Cold War. 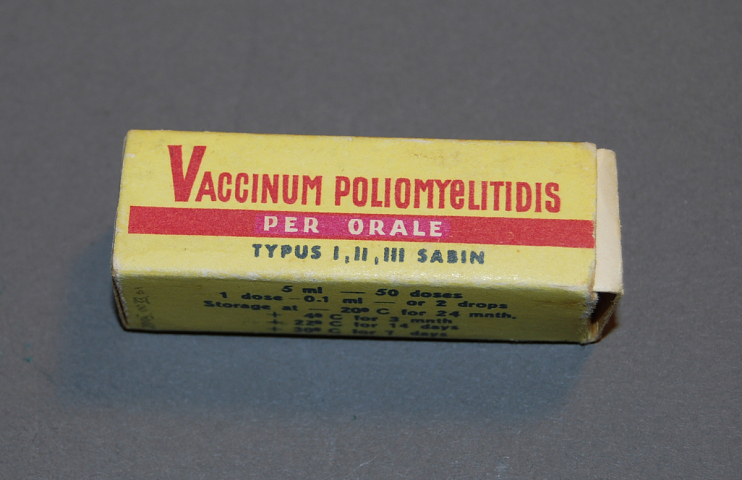 The success of these field trials led to the adoption of Sabin’s vaccine between 1963 and 1999. However, the live virus in Sabin’s vaccine occasionally could become strong enough to cause polio. As a result, Salk killed-type vaccine replaced the live type of vaccine in the United States, once the threat from polio had clearly receded in the country after 1999.

Over the last fifty years, vaccination has eliminated polio in the United States and many other countries. However, because the presence of the disease anywhere puts Americans and others at risk, public health officials are currently working to eradicate polio across the world. Today, just as in the 1940s and 1950s, pins and other promotional materials remind people everywhere of the importance of vaccination in wiping out polio---forever.