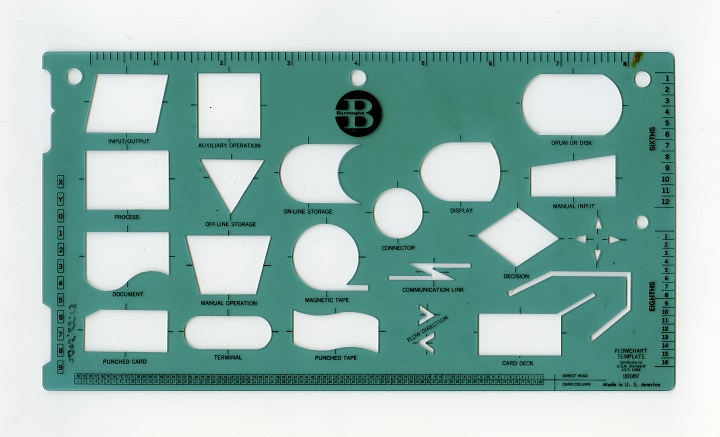 In the years following World War II, electronic computer makers and users developed techniques for programming of the newly invented devices. Fledgling manufacturers sought to communicate possible uses of their machines to customers and to train people to program them. To assist in these endeavors, they used special diagrams called flow charts. By the mid-1950s, such efforts had generated a new drawing instrument, the flowcharting template, a plastic rectangle with the symbols needed to draw flow charts cut out of it.

Grace M. Hopper, The Calculation of Extended Insurance, Philadelphia, 1950. A photocopy of this document is in the collection of unprocessed computer documentation at the National Museum of American History. It uses flowcharts to describe the UNIVAC I computer.