The Smithsonian’s Bureau of Ethnology (renamed the Bureau of American Ethnology in 1897) was established in 1879. Its first director, John Wesley Powell (1834-1902), helped shape the field of ethnology and anthropology. Powell’s exploration work and the findings referenced in his Report of the Exploration of the Colorado River of the West and Its Tributaries. Explored in 1869, 1870, 1871, and 1872, under the direction of the Secretary of the Smithsonian Institution assisted his efforts as director. The Bureau became the official repository for material and collections relating to American Indians, including those artifacts collected on federal surveying and collecting expeditions to the American West. Powell believed that the dissemination of knowledge about American Indians was being compromised by the encroachment of whites into traditional native lands. He felt that the study of such “savagery,” as he called it, would help preserve the tribes and knowledge about them.

The Bureau’s employees prepared scores of articles for its Annual Reports, Bulletins, and the series Contributions to North American Ethnology.Early publications were illustrated using relief printing with woodblocks engraved after field sketches. The engraved woodblock images were carved from end grain blocks of wood, with their non-printing areas cut away. Later imagery was prepared using relief printing electrotypes after field photography. The electrotypes, prepared by an electroplating process used commonly in the late 19th century and afterwards, offered a method of duplicating the tonal variations of photographs. Both engraved woodblocks and electrotypes were prepared or mounted to about one inch high in order to print along with moveable type arranged to produce the text of publications.

The engravings and electrotypes represent the work of both an original artist and a graphic artist. Engraved works, particularly finer engravings, often include the initials or monograms of both the original artist and the graphic artists in the bottom corners of the printing surface. This practice did not carry through to electrotype printing. Sketches and photographs prepared in the field for the Bureau were often created by the publication’s author, and therefore not always identified or listed. In Powell’s Report of the Exploration of the Colorado River… however, some illustrations include the monogram of the original artist Thomas Moran (1837-1926). Moran an eminent painter and printmaker of the time traveled with the expedition. Other publications are marked with the initials or monograms of graphic artists such as wood engraver Henry Hobart Nichols Sr. (1838-1887). Nichols is presumed to be responsible for the majority of the Bureau’s early engravings, if only as a supervisor to other engravers. He also engraved the signature image that appeared on report title pages. Nichols was also closely associated with the Government Printing Office, founded in 1861, that printed the Bureau’s publications. John K. Hillers (1843-1925), a photographer employed by the Bureau to prepare portraits and landscapes, also directed the Bureau’s photographic efforts. He and other photographers accompanied BAE expeditions, but Hillers was given full credit for photographs produced during his tenure.

The Bureau’s annual budgets list specific payment amounts for illustrations, photography, and their materials, supporting the understanding that visual documentation was an important component of the Bureau’s mission.

The Bureau’s publication illustrations feature a wide variety of subjects, such as pottery of the Zuni tribe of New Mexico, blankets of the Navajo tribe of northeastern Arizona, and hunting equipment and practices of the Eskimo tribes of Alaska and Canada. Other images illustrate tribal communities, and the topography and landscape of the continent.

The examples of the engraved wood blocks and electrotypes used to print the Bureau’s publications were retained initially, it is presumed, for reprinting possibilities. Today we value the engraved wood blocks and electrotypes as unique representations of some two thousand printed illustrations prepared between the 1870s and about 1920. The illustrated blocks serve to assist our understanding of printing history, the artists, the quality, quantity, and subject matter of illustrations prepared during this period. The blocks are now retained in the Graphic Arts Collection, a unit of the National Museum of American History that is responsible for the Smithsonian’s printing history collections. . 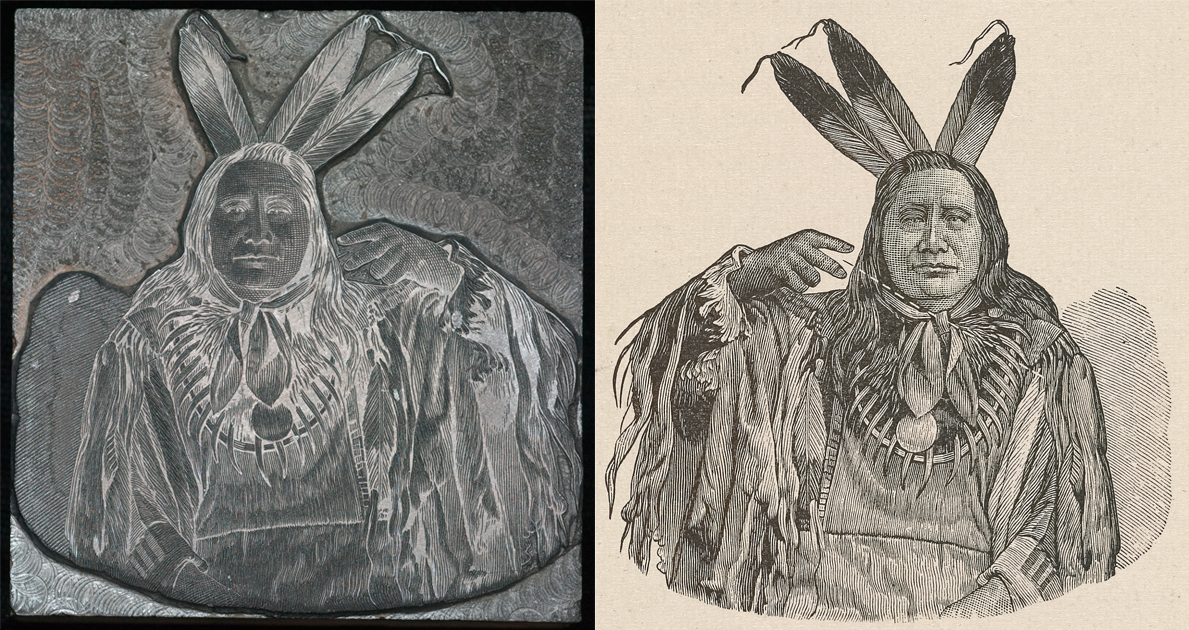 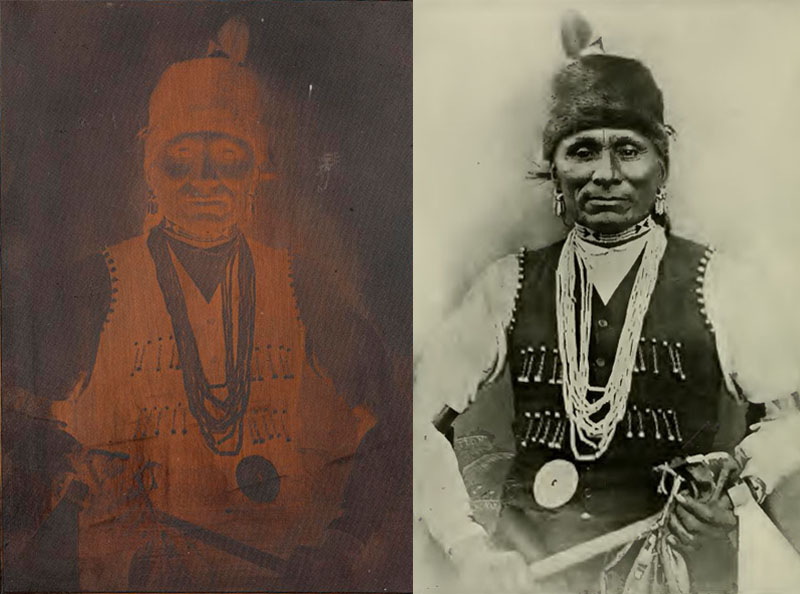 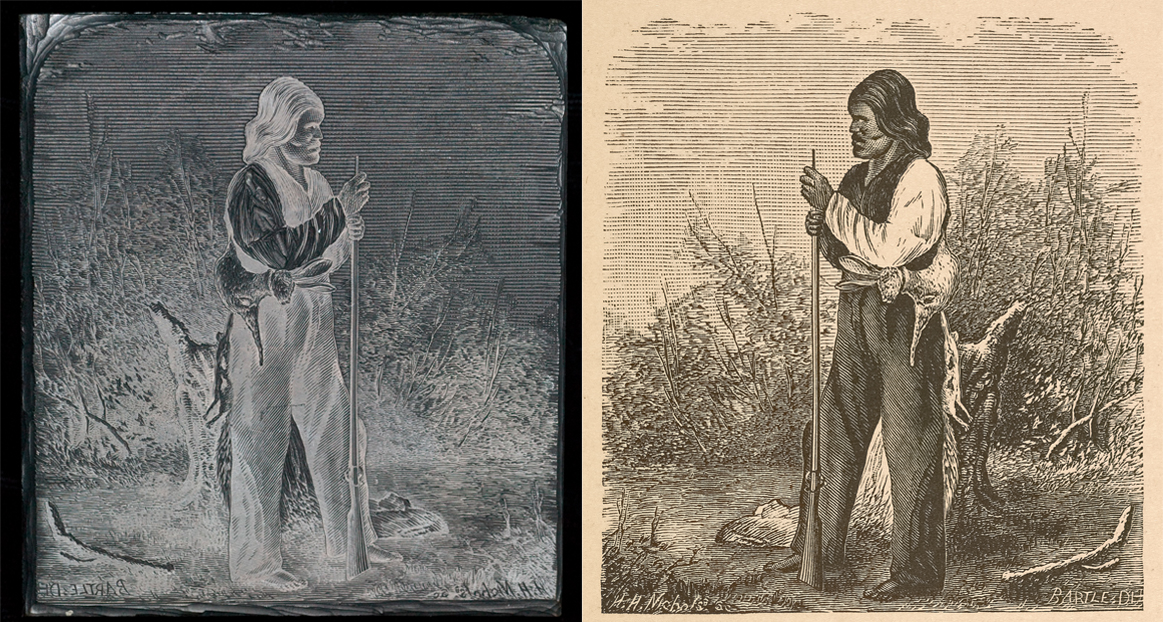