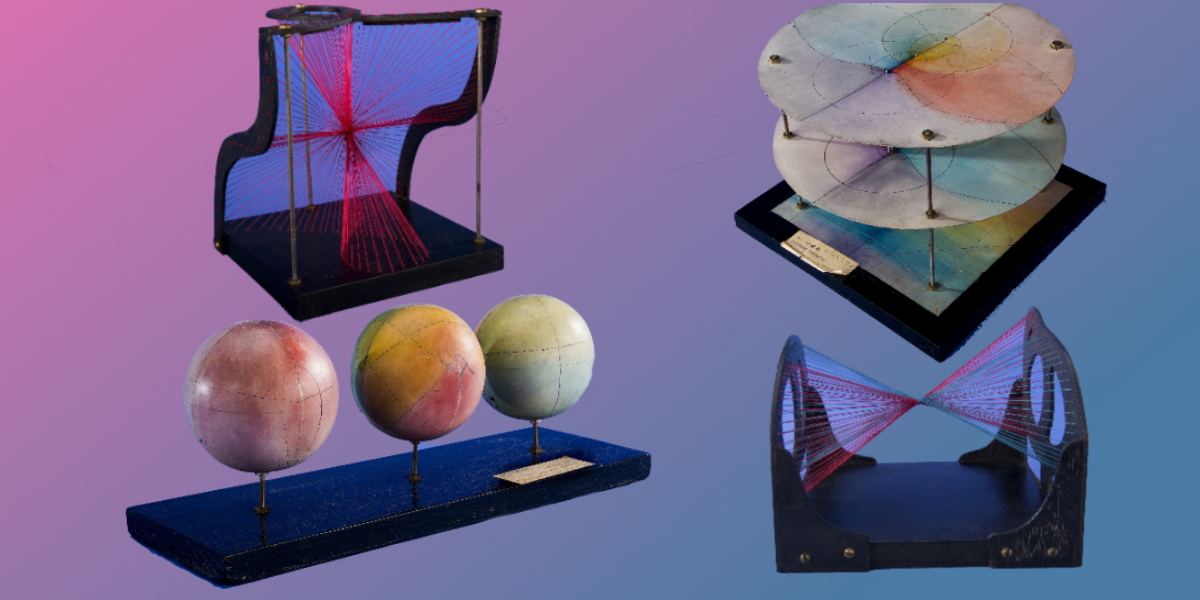 Around 1900, mathematicians across the world acquired physical models, both to illustrate concepts they taught and to demonstrate their familiarity with new ideas. They frequently purchased models from Europe, especially Germany. A few Americans also designed and made models. One of them was English-born Richard P. Baker (1866-1937), who began making models while he was a graduate student at the University of Chicago, publishing his first list of 100 models in 1905. These objects largely followed contemporary textbooks. By 1931. Baker was a professor of mathematics at the University of Iowa, and he had designed over 500 models, many on more abstract topics. Somme models were less expensive copies of those made in Germany. Baker’s designs also included surfaces associated with areas of physics such as thermodynamics, optics, and mechanics

Baker sold models to the University of Delaware, and a variety of other colleges and universities. After his death, his daughters sold part of his remaining stock to the University of Arizona, where it remains to this day. They also placed over one hundred models on exhibition at MIT, where they stayed from the late 1930s until 1956. From there, they came to the Smithsonian. A few other models in Baker’s style were given to the museum by Brown University, and are also included here.

Baker carefully numbered the designs for his models, and labeled examples with title and number. The objects shown here are in the order he assigned them, where this is known. Another dozen models have no number, and are listed afterward. Finally, the object group includes biographical materials relating to Baker and his career.