Trigonometry on the Sphere 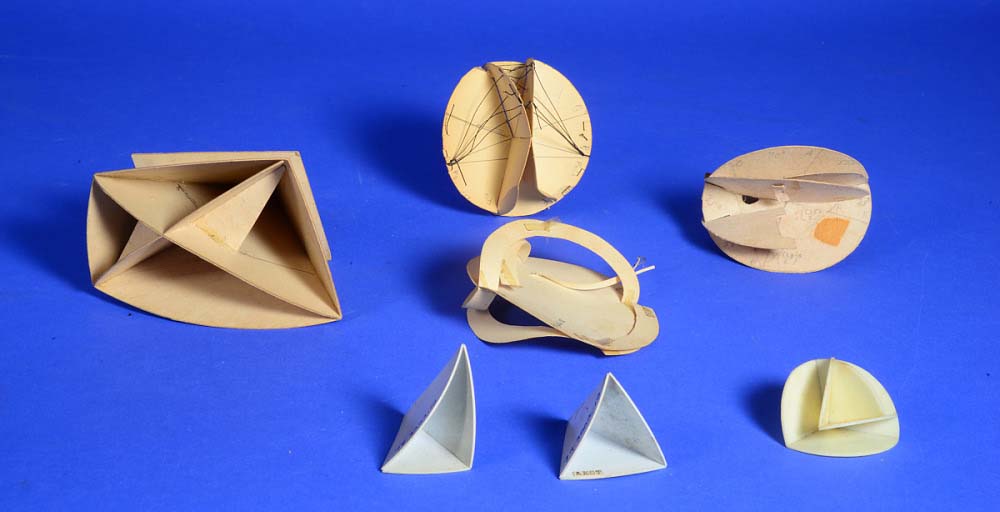 Most trigonometry students look at triangles on a flat surface. However, people from ancient astronomers to modern navigators calculated the arc lengths and angles of triangles on a sphere. They used special globes and instruments to make measurements and teach. The Smithsonian collections are particularly rich in models for spherical trigonometry by Worcester, Massachusetts, high school teacher A. Harry Wheeler and his students. Examples of these models have dates ranging from 1915 to 1945, Wheeler used several schemes to identifying models - some are numbered, others lettered. Patterns, especially for models made in the 1940s, also survive. This object group attempts to separate models from such documentation, but not to arrange models by type or date.