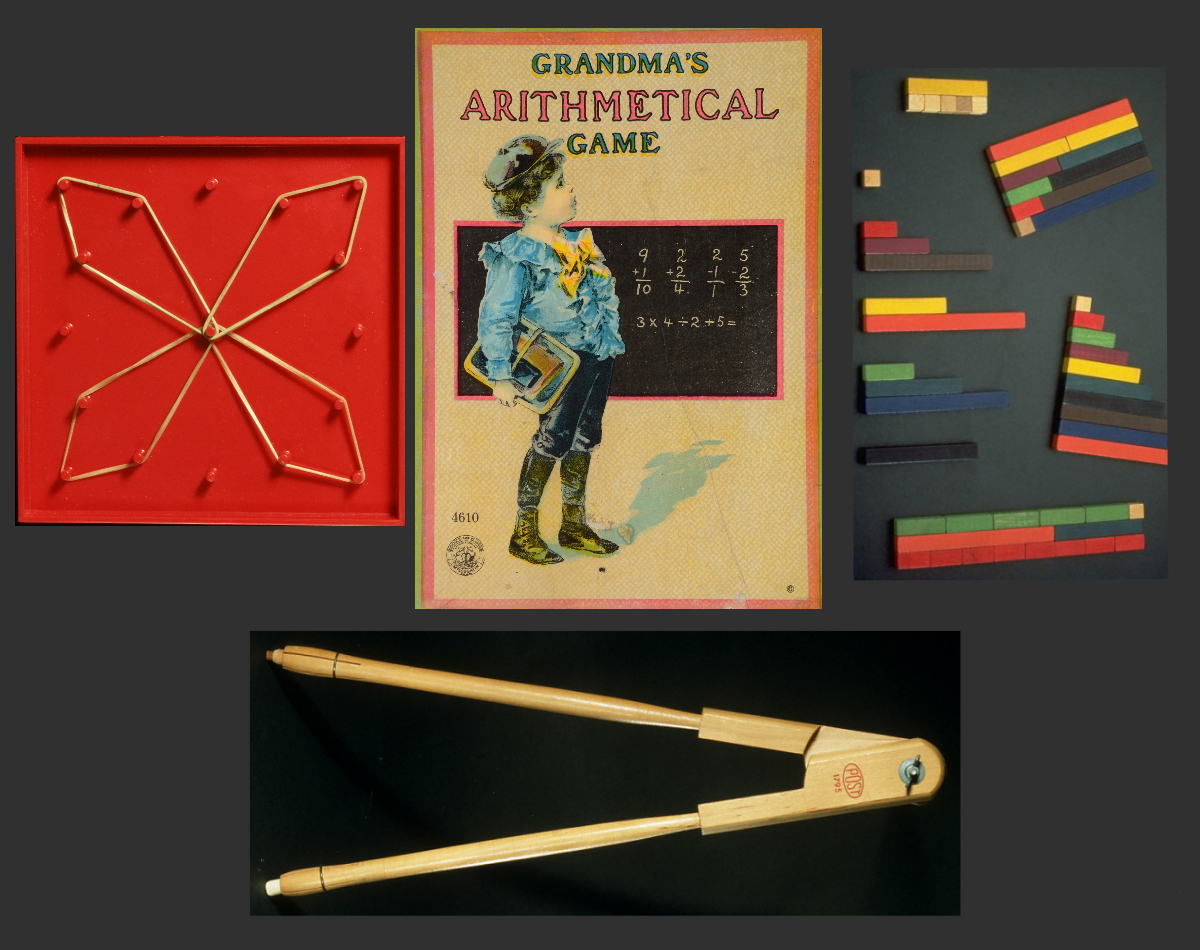 In colonial times and the early years of the Republic, most girls who learned a bit of math studied at home or in dame schools. They might sew numbers onto a sampler, as in the example shown. When they entered the classroom, they might write on erasable surfaces like a slate or a blackboard. From the 1820s, instruments like the teaching abacus complemented lectures and textbook recitations. In American classrooms. As school budgets expanded and manufactured goods became more widely available, a rich array of goods sold for schoolroom use. Special schools opened for very young children, with their own equipment. Games also emerged to encourage learning in both the school and at home.