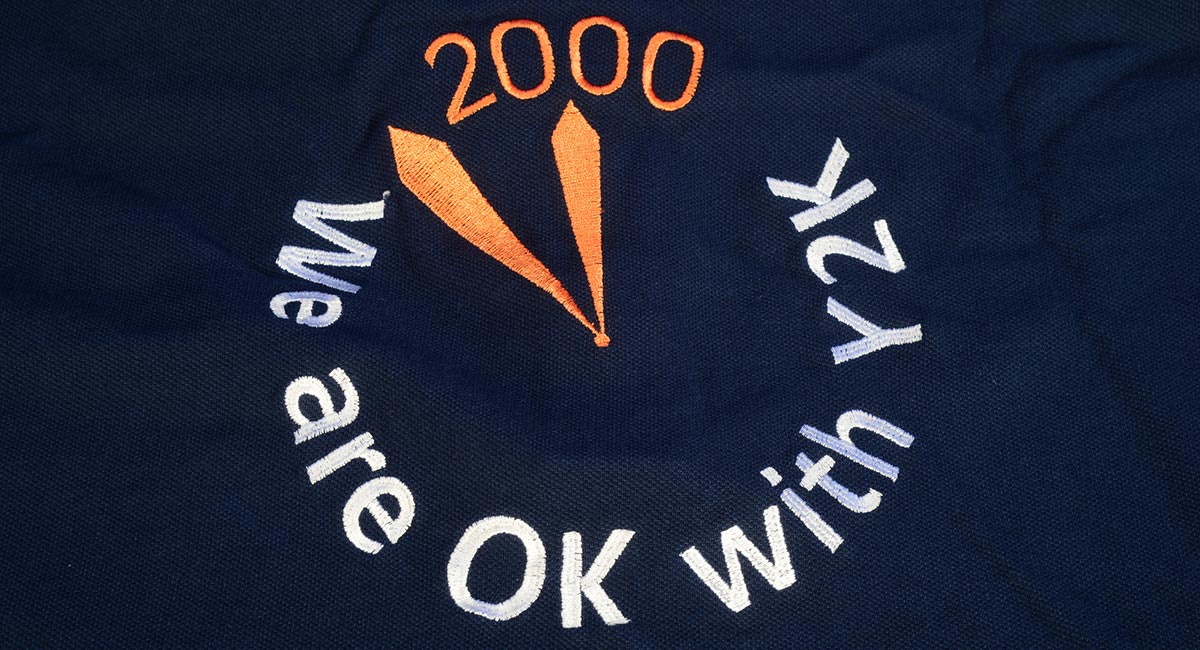 The term Year 2000 bug, also known as the millennium bug and abbreviated as Y2K, referred to potential computer problems which might have resulted when dates used in computer systems moved from the year 1999 to the year 2000.

In the early days of electronic computers, memory was expensive so, in order to save space, programmers abbreviated the four-digit year designation and stored only the final two digits. For example, computers recognized “98” as “1998.” How programs interpret “00” when the date changed to the year 2000? Would “00” be translated as 0000, 1000, 1900, or 2000? (Early in 1999, Computer Chronicles host Stewart Cheifet became aware of the possible problem when he received a credit card from a major gasoline company with an expiration date of 1000.)

Mainframe computers in use in important areas such as banking, utilities, communications, insurance, manufacturing, and government were considered the most vulnerable. The problem was not only with systems running conventional software, but it extended to devices such as medical equipment, temperature-control systems, and elevators which used computer chips.

The fear was that when clocks struck midnight on January 1, 2000, affected computer systems, unsure of the year, would fail to operate and cause massive power outages, transportation systems to shut down, and banks to close. Widespread chaos would ensue.

Research firm Gartner estimated the cost of Y2K remediation to be $300 - $600 billion. Businesses and government organizations created special technology teams to ensure that all hardware and software was Y2K compliant (Y2KC). The goal was to check every system that relied on dates, before midnight December 31, 1999. In some cases, the fix was to replace outdated hardware and/or software. Other cases required time-consuming analysis of program code, replacing or rewriting code as needed, and the testing of hardware reliant on computer chips.

By December 1998, in response to growing uncertainty regarding the effect of Y2K on the world economy and physical infrastructure, the United Nations convened an international conference on Y2K for its members to share information and report on remediation efforts.

Donors of Y2K objects expressed how all-consuming their Y2K remediation projects were, literally overtaking every aspect of their lives. The project had no room for error and a fixed deadline that could not be extended. The doom, spread through media outlets, added to the overall fear of major system failures. Monarch Home Video, a commercial film producer, released one of the few Y2K themed products with their 1999 one-hour “family survival guide” video. Actor Leonard Nimoy narrated the show, and in a slow, controlled voice, described the disasters the world was about to face.

There were in fact some minor disruptions, mainly in small businesses, but no major end-of-the-world events or significant issues occurred at 12:00 AM on January 1, 2000. Some hailed the Y2K update efforts an overall success, yet others remained skeptical and still considered the issue a hoax. In any case, the bug had caused no epidemic of failures.