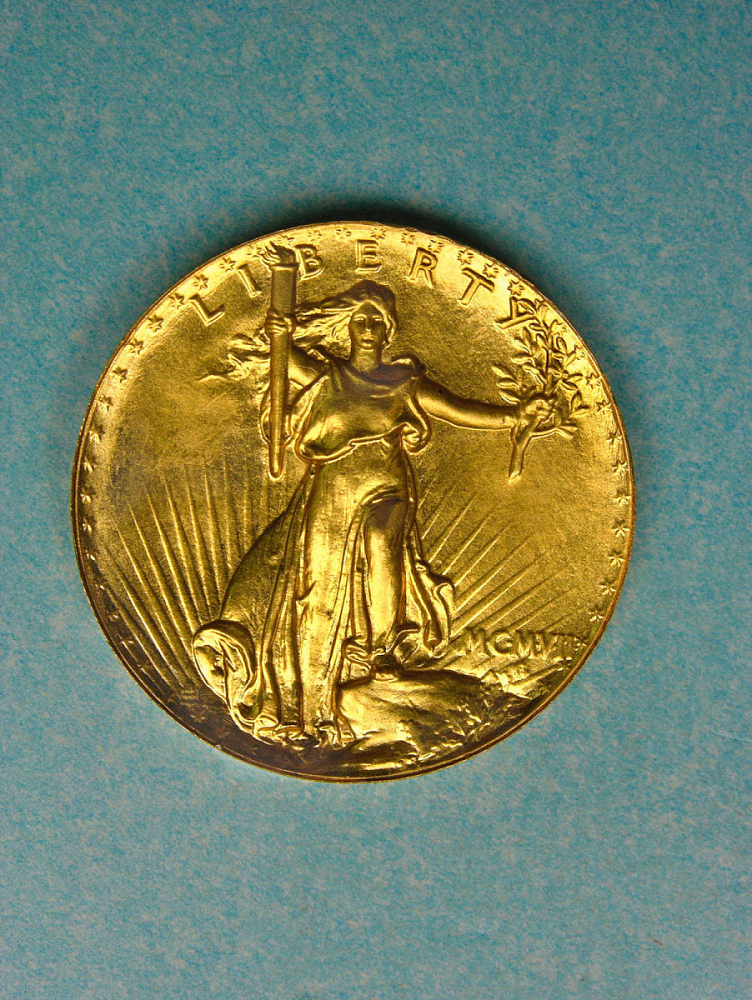 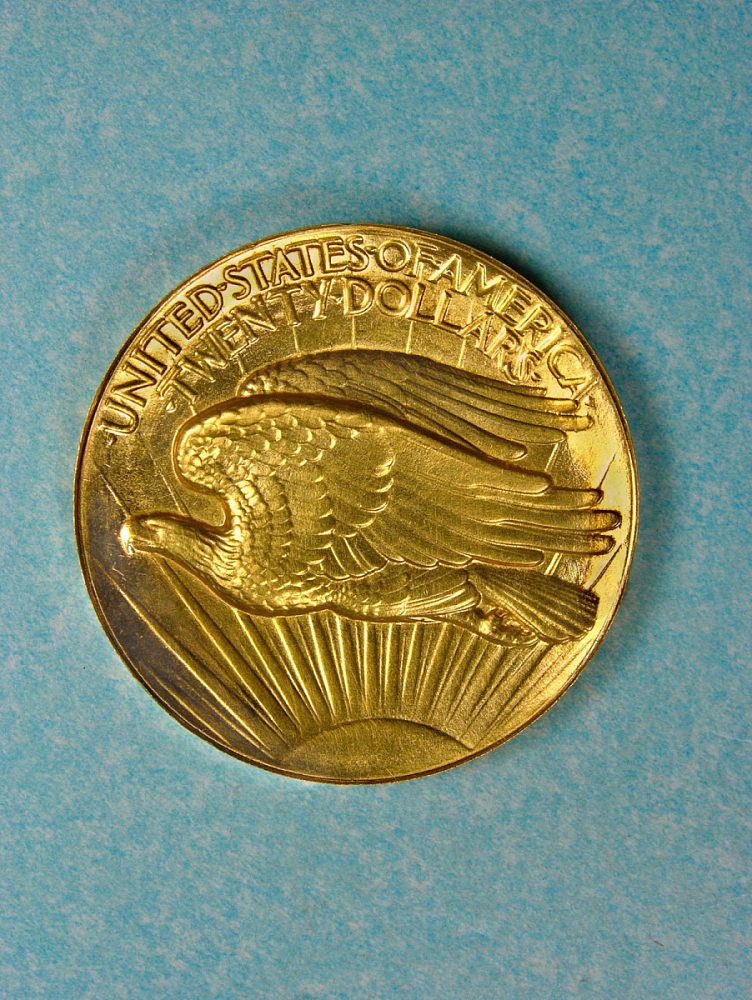 Description (Brief)
One (1) 20 dollar coin, ultra high relief pattern
United States, 1907
Obverse Image: Full-length Liberty holding a torch in her right hand and olive branch in left. Capitol Dome in lower left; rays of sun in background; stars around rim.
Obverse Text: LIBERTY / MCMVII
Reverse Image: Eagle flying through rays of sun.
Reverse Text: UNITED STATES OF AMERICA / TWENTY DOLLARS
Edge: E PLURIBUS UNUM divided by stars.
Description
In 1905, President Theodore Roosevelt asked sculptor Augustus Saint-Gaudens to redesign American coinage. As Saint-Gaudens began work on the project, there was never any possibility that he would restrict himself to well-traveled artistic paths. Playing it safe was against his nature and that of the president for whom he toiled.
As a result of Saint-Gaudens's vision and Roosevelt's persistence, Americans got their most beautiful double eagle, one of the most artistic pieces of money ever struck. Instead of a head or a static, seated goddess, Saint-Gaudens's Lady Liberty strides towards us, the dawn at her back. She represents the morning of the Republic, full of possibilities and hope.
She bears a torch in her right hand, an olive branch in her left: offerings of freedom and peace. The law said that Saint-Gaudens had to use an eagle for his reverse design, and so he did. But what an eagle! Nothing like it had ever been seen before. The naturalistic bird, in such high relief that it threatens to soar out of the circular space that seeks to enclose it, is all movement and grace.
Saint-Gaudens and his patron surely knew that this coin was impossible to make in mass quantities. The high relief came at a high price: it took nine blows from the hydraulic coining press to strike each one. Charles E. Barber, the Mint's chief engraver, strenuously objected out of jealousy, but he had a point.
This is no way to make money for mass circulation. But to Roosevelt and Saint-Gaudens, the chief engraver and other critics lacked vision. This ultra-high relief double eagle was intended to show what artistry and technology could do when afforded the chance. Fewer than two dozen of the ultra-high relief coins were minted, in February and March of 1907.
Location
Currently not on view