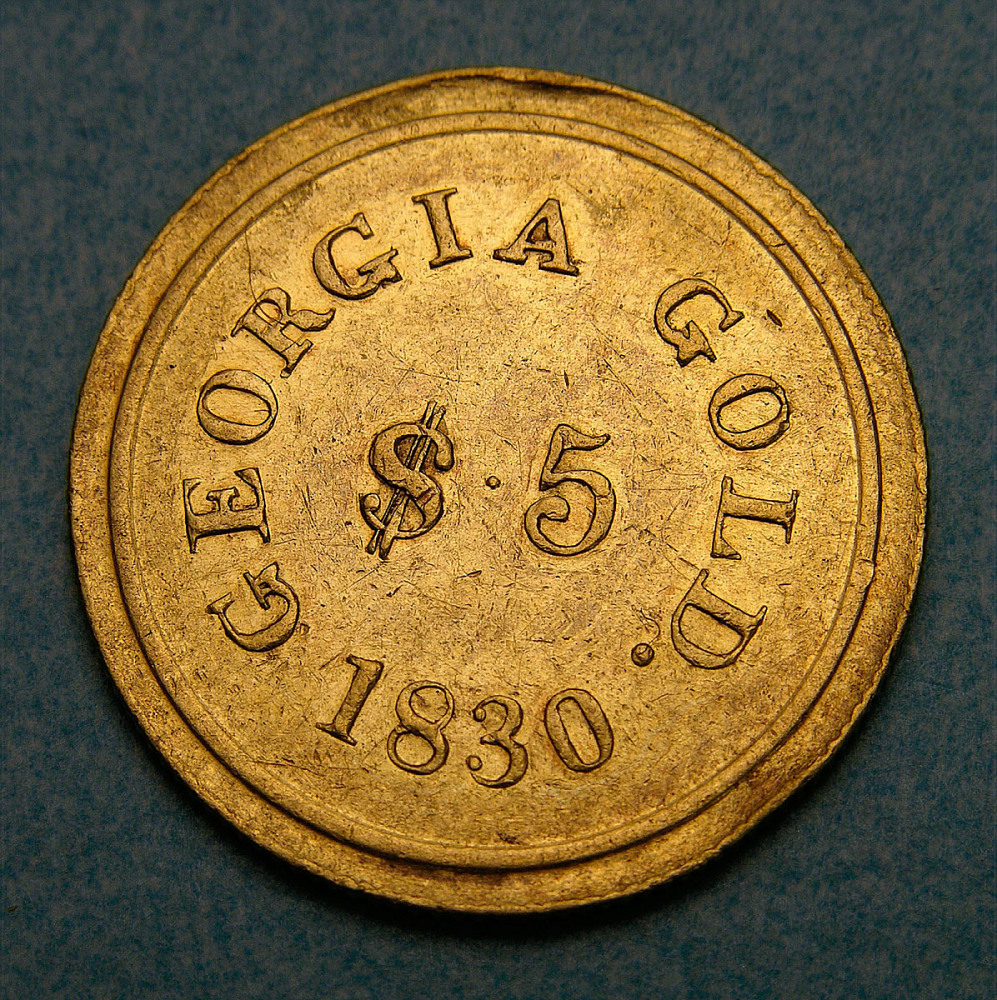 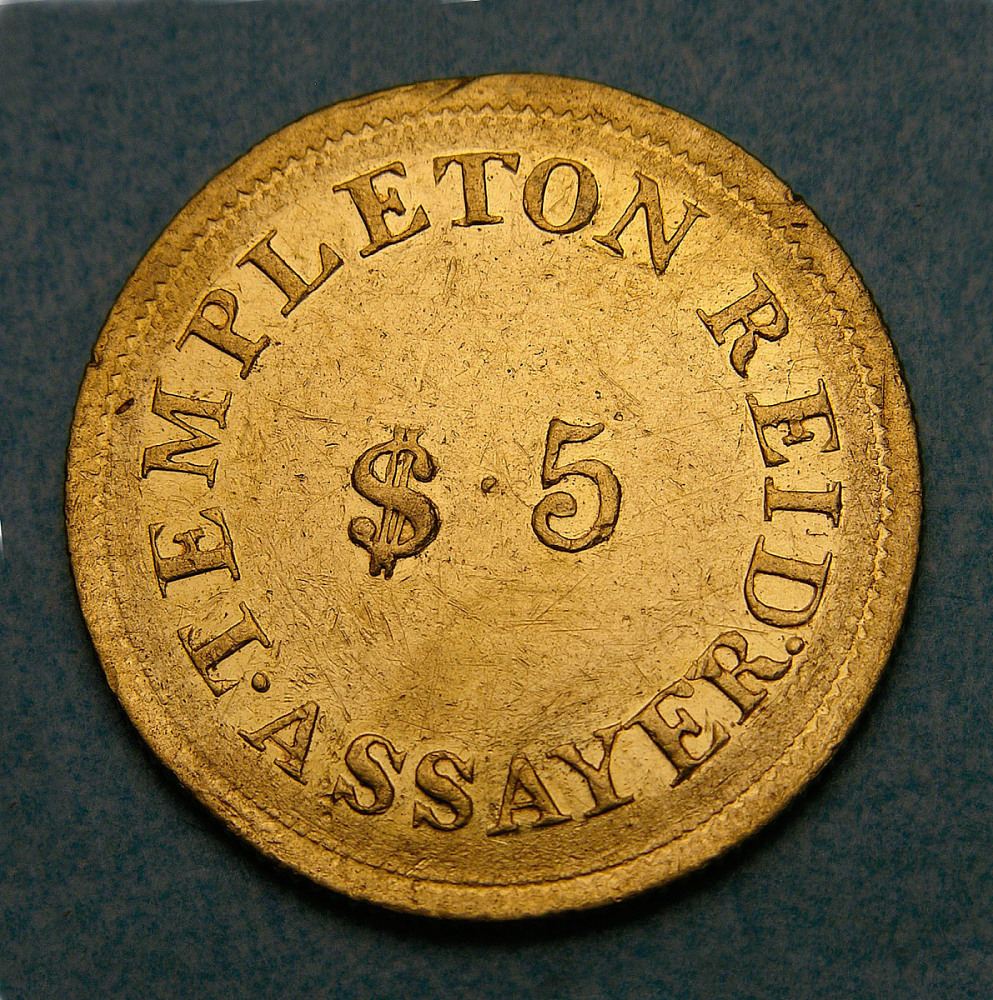 Description (Brief)
One (1) 5 dollar coin
United States, Georgia, Templeton Reid, 1830
Obverse Image: N/A
Obverse Text: GEORGIA / GOLD / 1830 / $5
Reverse Image: N/A
Reverse Text: ASSAYER / TEMPLETON / REID / $5
Description
Before the famous California gold rush, several important strikes were made in the East: in North Carolina, South Carolina, and Georgia. The earliest took place in Mecklenburg County, N.C., in 1799, where a nugget weighing several pounds was discovered. Its finder used it as a doorstop until someone recognized it for what it was! Discoveries multiplied, and a federal branch Mint was eventually set up in Charlotte to process the metal into coinage.
Discoveries in Georgia and North Carolina in the 1820s received wide publicity, and a "gold fever" resulted. Thousands of people began trekking to the areas in search of instant wealth. Most returned home empty-handed, but successful prospectors found millions of dollars' worth of precious metal. What should they do with their new wealth? Many felt the Philadelphia Mint was too far away for safe travel, and the government wasn't ready to create other coining facilities.
A jack-of-all-trades named Templeton Reid had an answer: strike private gold coins, at a private mint. Reid had extensive experience as a watchmaker, gunsmith, and metalworker. In July 1830, he set up shop in the Georgia hamlet of Milledgeville, and began his brief career as private moneyer-the first since Ephraim Brasher.
His coins came in three denominations: ten dollars, five dollars, and two and one-half dollars, in recognition of "official" denominations. And he put slightly more gold into his products than the federal government did into its coins, just to be on the safe side. Although historians believe that Templeton Reid conducted business fairly, an unknown adversary, signing himself simply "no assayer," published several notices in newspapers complaining that the coins were not as represented.
Rumors spread and before long Reid was forced to close up the business.
He apparently planned to go to California to participate in the gold rush there, and even made dies with a California imprint. However there is no record of his having made the trip West.
Location
Currently not on view