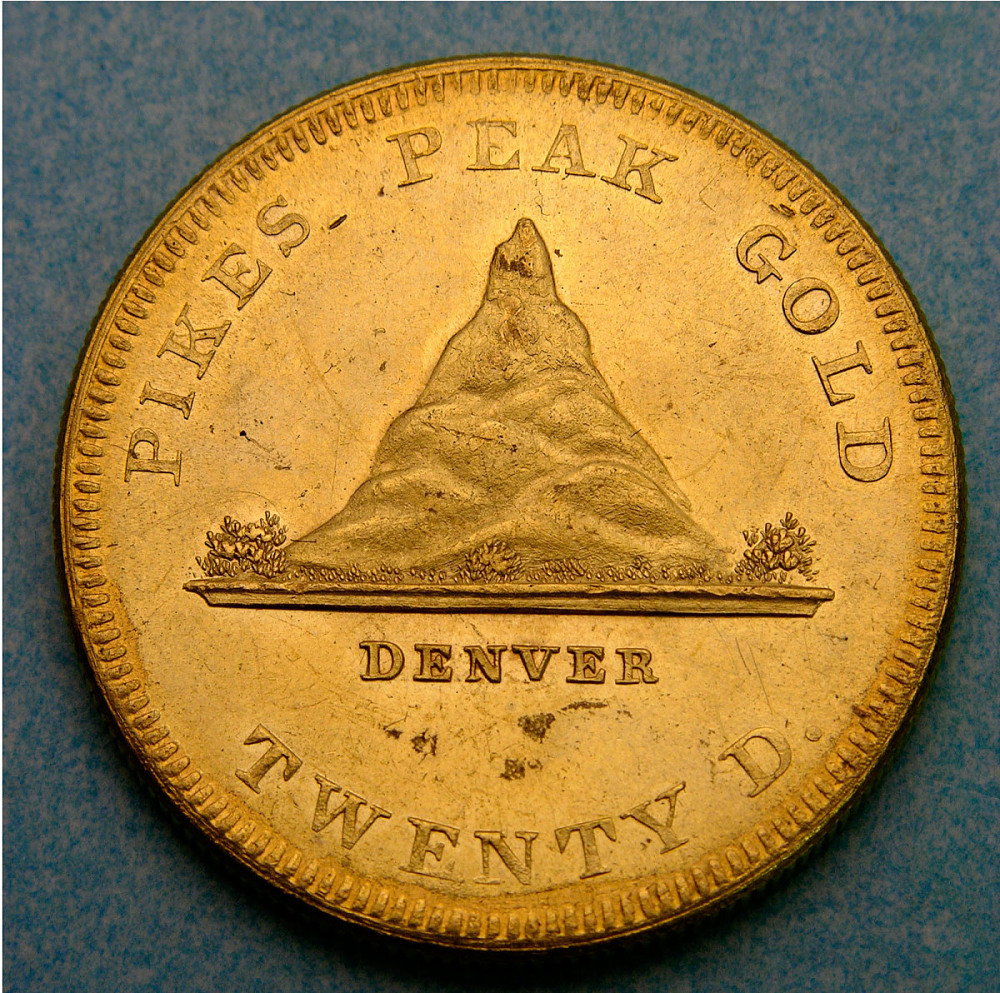 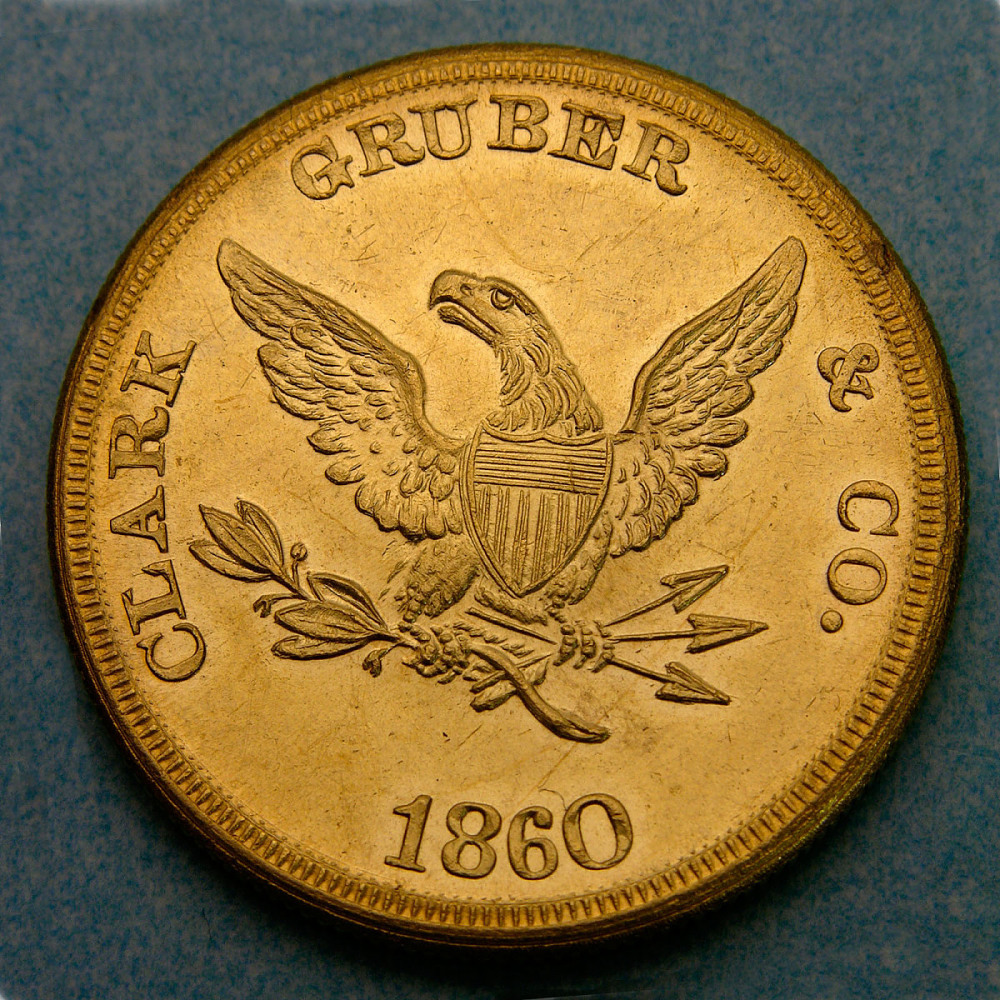 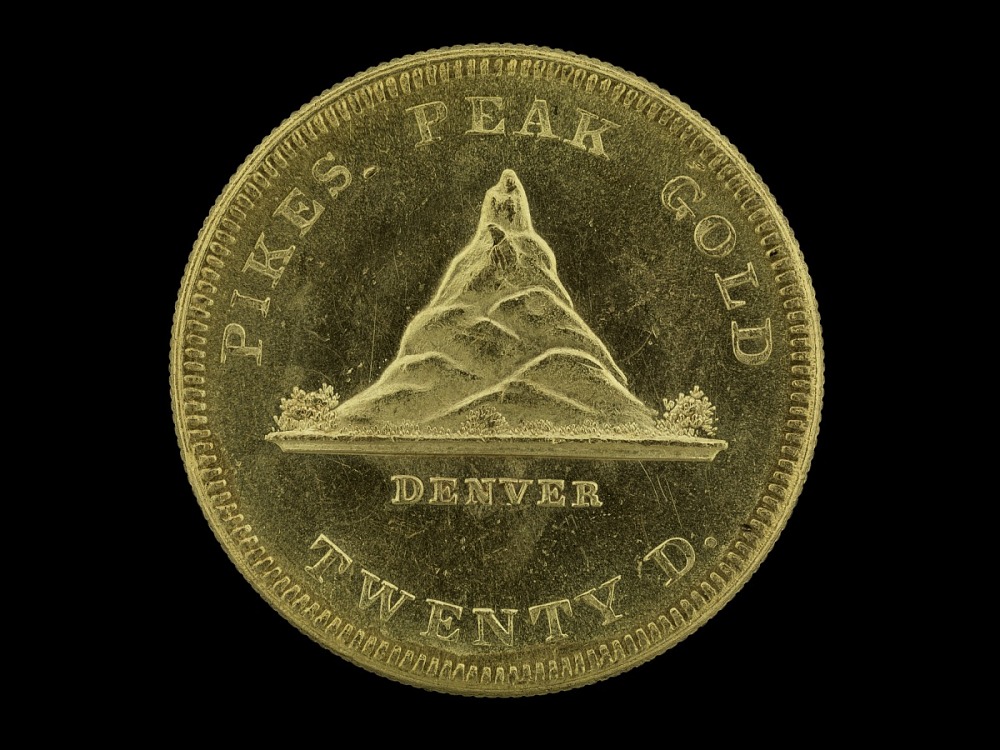 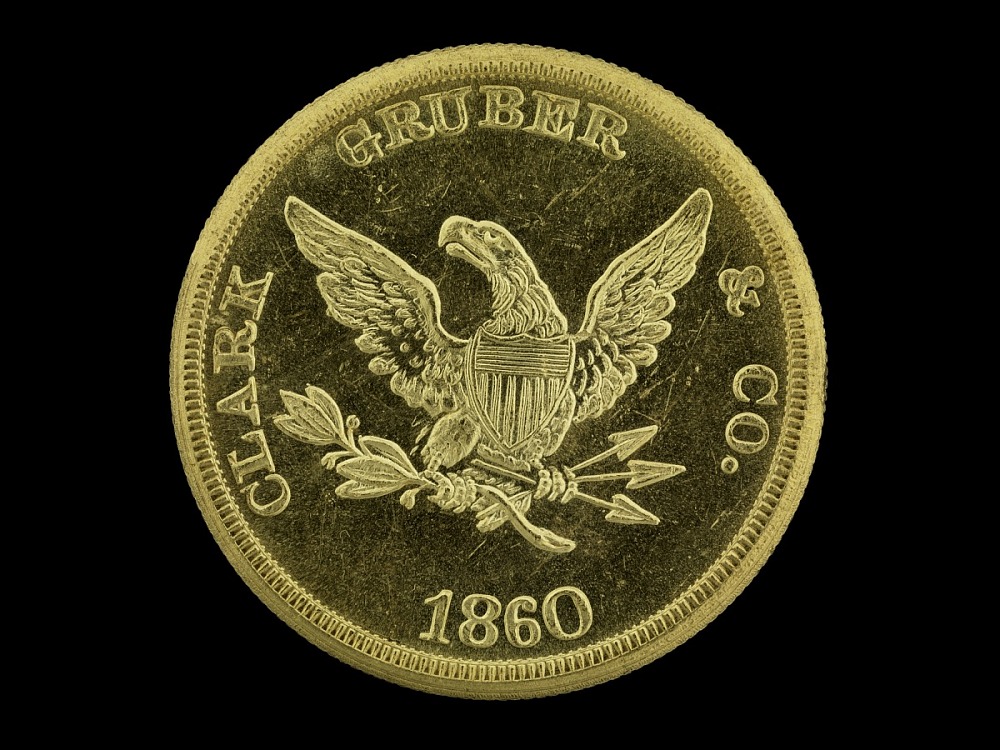 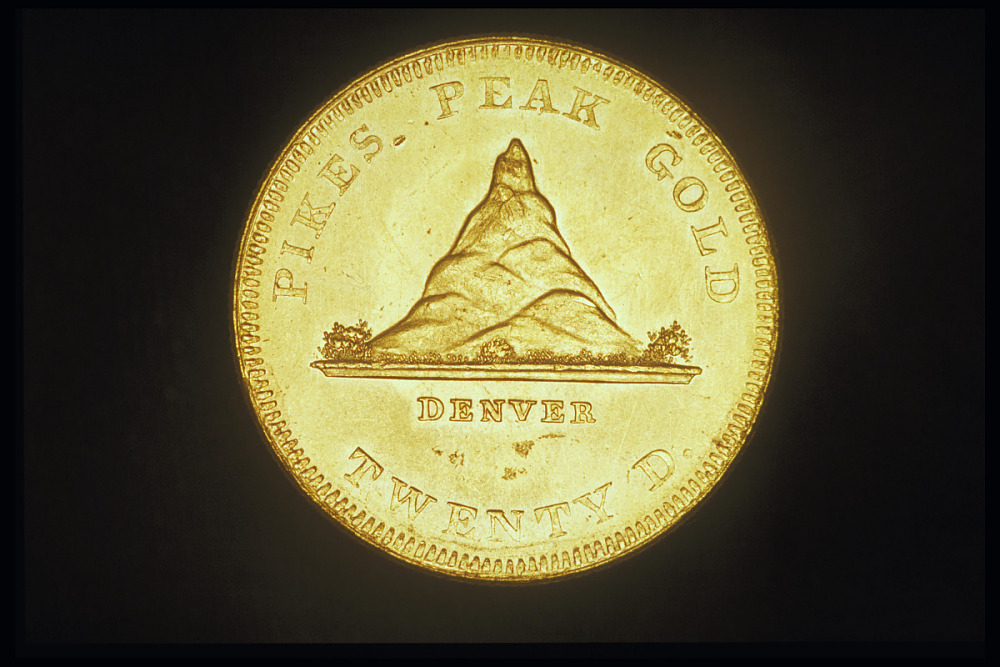 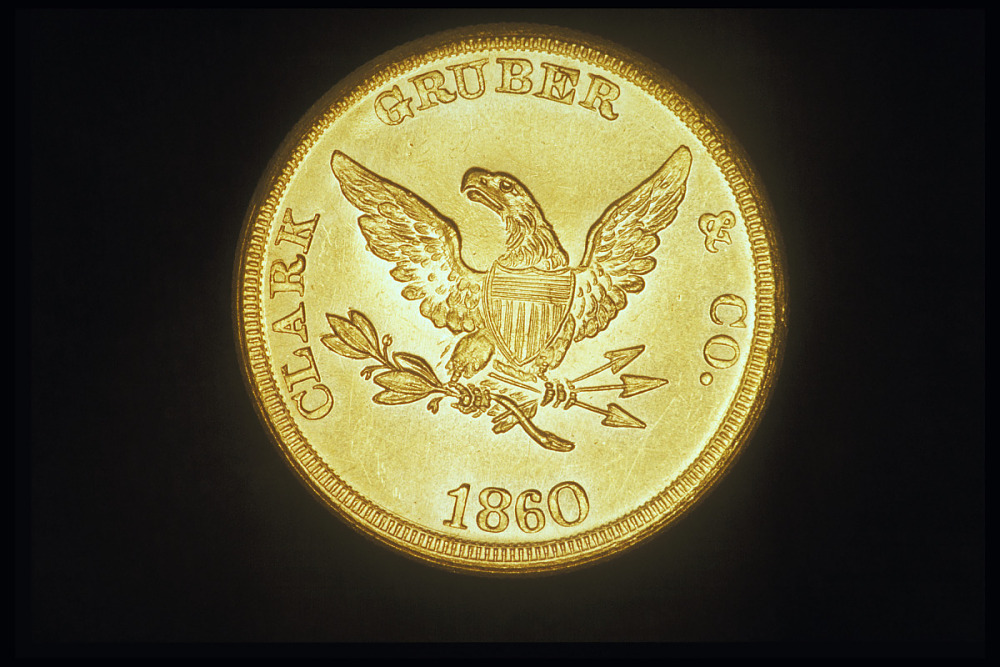 Description
A decade or so after the California Gold Rush began in the late 1840s, gold was discovered on the South Platte River, near the future city of Denver. As with the earlier strike, this one occasioned disputes over the value and purity of gold dust, as well as great difficulties in getting the precious metal all the way to Philadelphia to be coined there, and shipped back again.
Matters would be greatly simplified if a coiner, either private or public, could set up shop near the gold fields. A good candidate existed-Clark, Gruber & Co. Up to now, the firm had acted as brokers, bankers, and assayers. But if a coinage was wanted, Austin and Milton Clark and Emmanuel Gruber were up to the challenge and had the resources to do it right.
Milton Clark went back East to get the necessary machinery, three lots were purchased in Denver, and a two-story brick building soon went up on the property. Trial strikes of the four denominations to be coined ($2.50, $5, $10, and $20) were ready for inspection by mid-July 1860, and formal coinage began about a week after that.
One of the firm's most famous products showed a marvelous, if unrealistic, image of Pikes Peak, beneath which Denver-and the Clark, Gruber enterprise-sat. The facility remained in operation through 1862, although all of its coins were dated 1860 and 1861. It was elbowed out of the coining business in April 1863. It turned first into a federal assay office, then 43 years later, into another branch of the United States Mint.

reply
"Actually, Donald Kagin's "Private Gold Coins and Patterns of the United States " would be a slightly better choice. It has an extensive catalogue of pioneer gold trial pieces and pattern issues, in addition to much worthwhile historical information. My edition of the Judd Book does not appear to include anything relating to pioneer gold, I'm afraid. Hope this helps!"

reply
"I have in my possesion, a coin which could be a possible trial or pattern of this coin, but have been unable to obtain any information about trial or patterns dating to 1860 era. I found this coin in a piece of furniture bought at a flea market. Any info would greatly be appreciated."