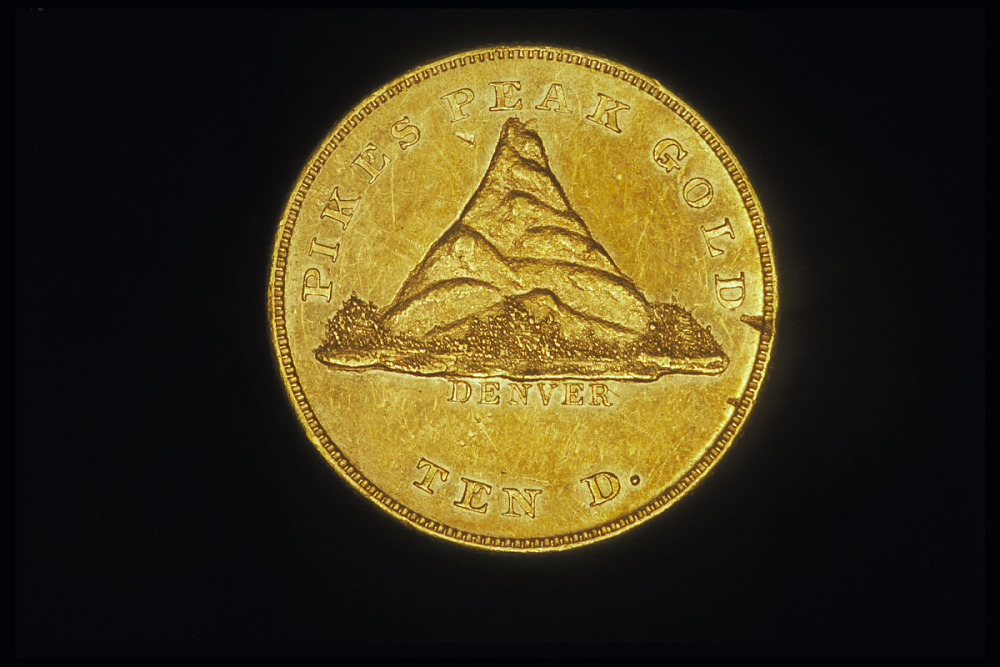 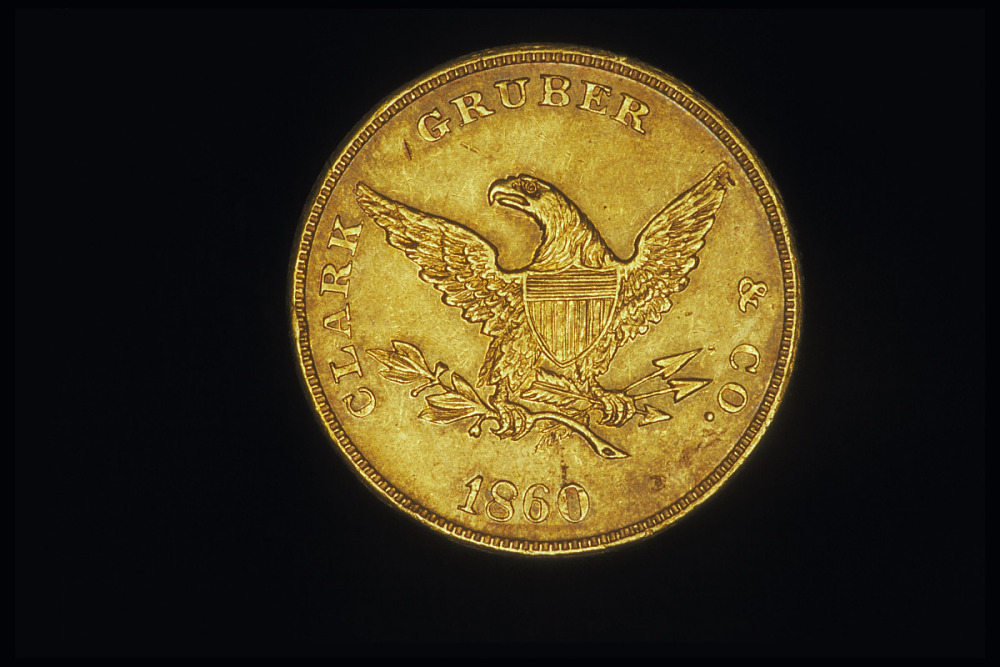 Description
Austin Clark and his brother Milton joined forces with a merchant named Emanuel Gruber to create the most successful private coiner in Jefferson Territory (today's Colorado), Clark, Gruber & Co. The partners had enough resources among them to ensure that any mint they set up would have the best in modern machinery and metallurgy. While Milton Clark hurried back east to purchase dies and presses in New York and Philadelphia, Austin Clark and Emanuel Gruber stayed behind, purchasing three lots in Denver City and erecting a fine brick building for a fine new territorial mint.
Coining got under way in July 1860. The first pieces struck featured one of two designs. For quarter and half eagles, the designs of regular federal coinage were carefully copied: Liberty head on the obverse, eagle on the reverse. For the larger denominations, the eagle and double eagle, a radical departure was offered, at least for the obverse. An inaccurate representation of Pike's Peak graced that side, along with a description of the origin of the gold contained in the coins, and the name of the place where they were struck. This was the first Denver mint mark, and the most complete as well.
Location
Currently not on view