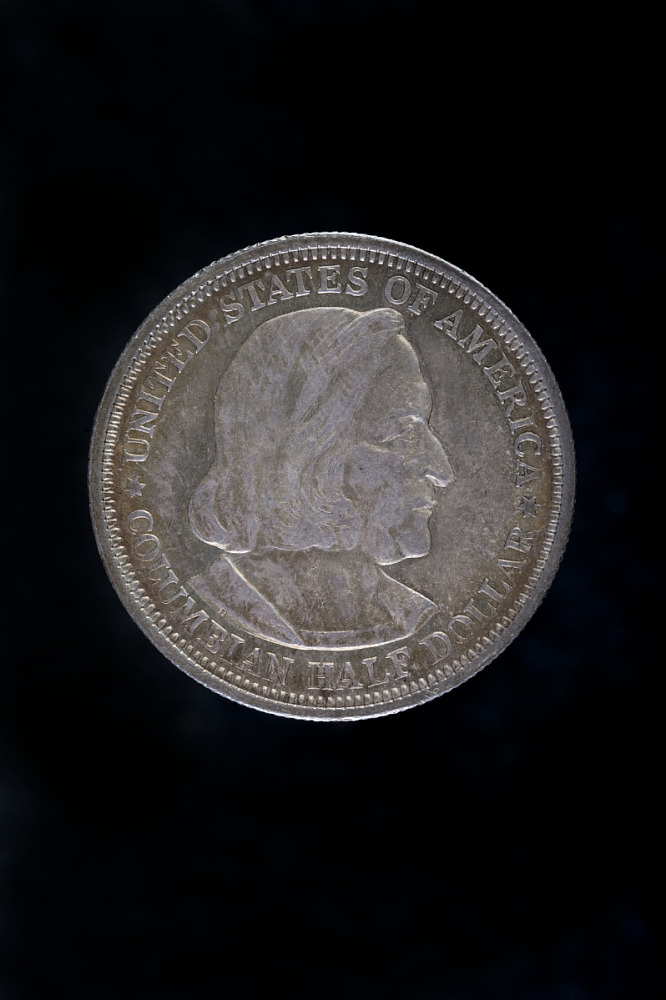 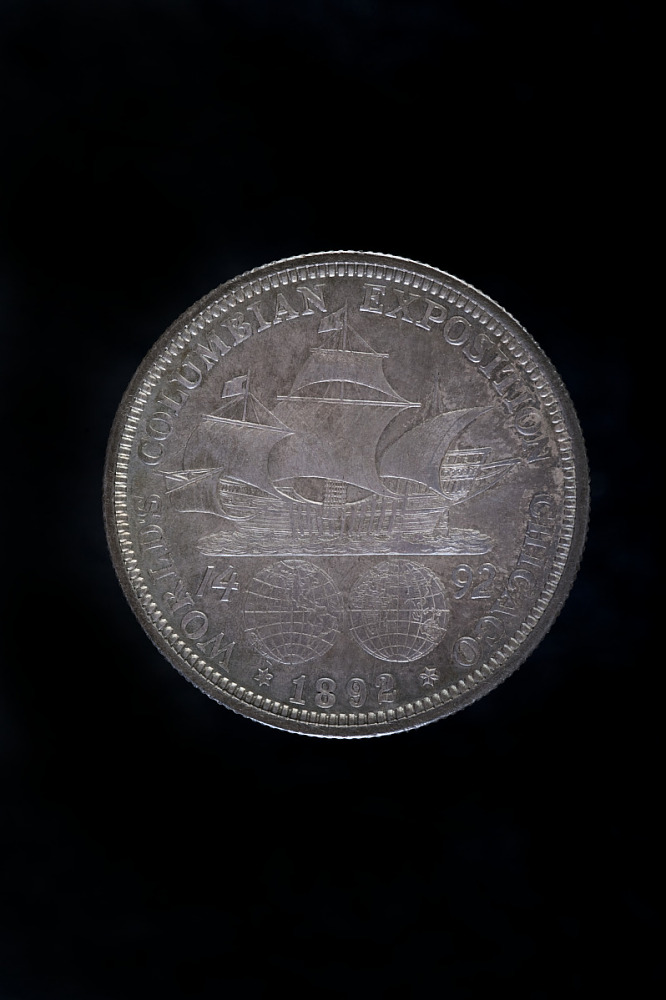 Description (Brief)
One (1) 50 cent coin, World's Columbian Exposition
United States, 1892
Obverse Image: Portrait of Christopher Columbus facing right.
Obverse Text: UNITED STATES OF AMERICA / COLUMBIAN HALF DOLLAR
Reverse Image: The Santa Maria and two globes.
Reverse Text: WORLD'S COLUMBIAN EXPOSITION / CHICAGO / 1492 / 1892
Description
Barber created America's first commemorative coins. His sensitive but fanciful portrait of Christopher Columbus is complimented by a reverse designed by George T. Morgan.
To commemorate the 400th anniversary of Columbus’ first visit to America, the World’s Columbian Exposition, or Chicago World’s Fair, was held in 1893. The first ever US government commemorative coins were issued for the occasion. The “Columbian half dollar” was minted and dated in both 1892 and 1893, and was sold at the exposition as a souvenir.
Location
Currently not on view