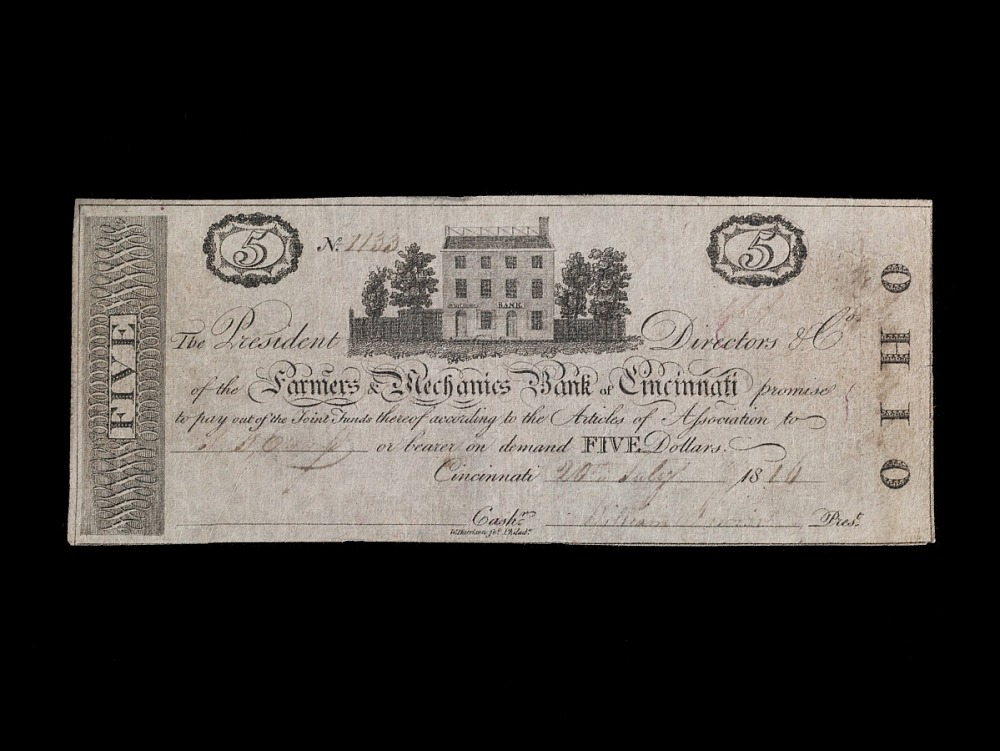 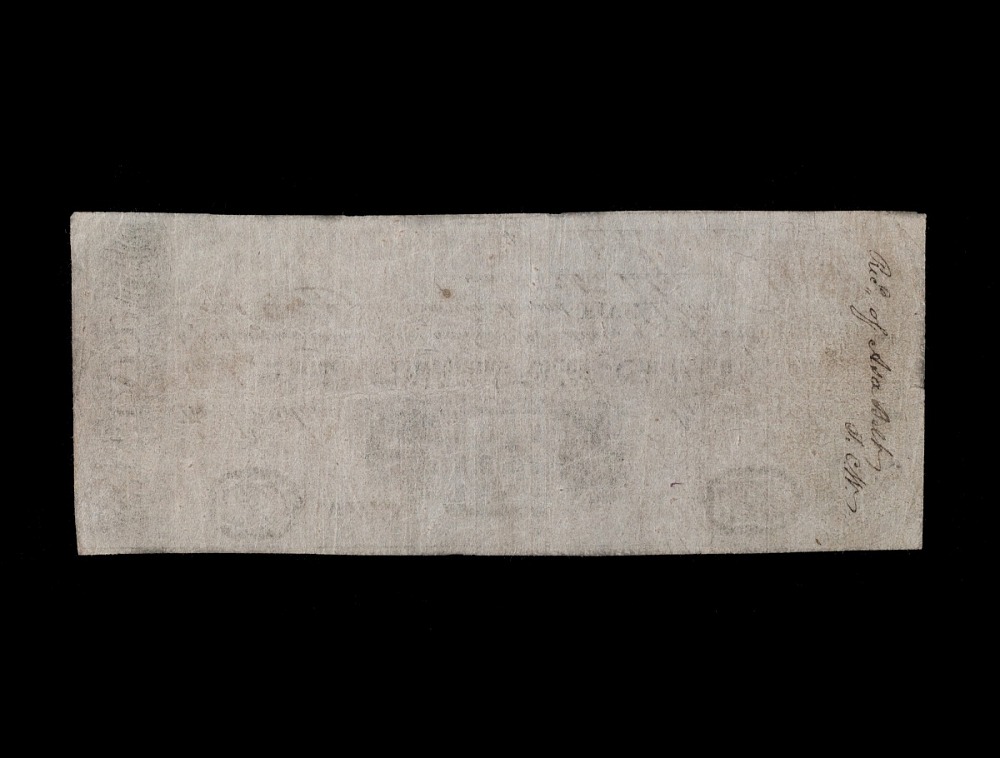 Description
The Farmers and Mechanics Bank of Cincinnati, Ohio, issued this five dollar note on July 20, 1816. The note was printed by William Harrison of Philadelphia, and bears an image of the bank’s building at its top-center flanked by the number 5 in medallions. The left side of the note reads “Five,” while the right side reads “Ohio.” The note reads, “The President and Directors of the Farmers and Mechanics Bank of Cincinnati promise to pay out of the Joint Funds thereof according to the Articles of Association to [Name Illegible] or bearer on demand Five Dollars.” The bank was founded in 1812 and incorporated on February 5, 1813, with a capital stock of 200,000 dollars. The bank failed in 1819 in the general depression that afflicted American business after the War of 1812.
From 1790 to 1863, states and private banks issued their own currency to supply capital in a young nation without a national currency. This currency was backed by the hard money the banks had on deposit, and was only used locally where the bank and its operators were trusted in the community. However, banks often oversupplied notes, and this overextension caused bankruptcy among private and state banks when financial panic struck, particularly in 1837. Currencies from these failed banks are known as “obsolete bank notes” or “broken bank notes,” and several are held in the National Numismatics Collection.
Location
Currently not on view