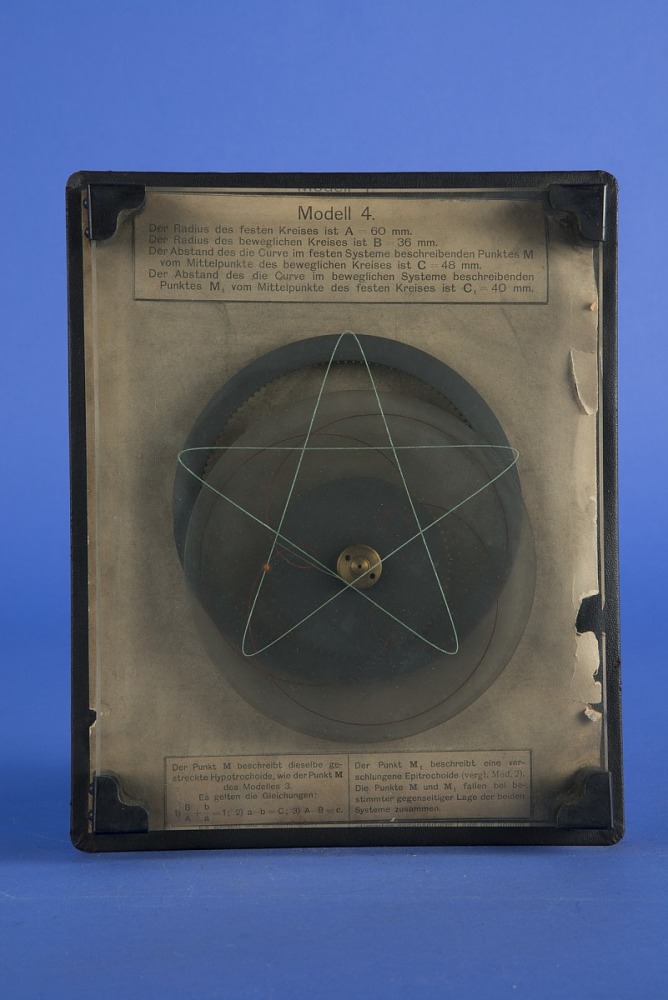 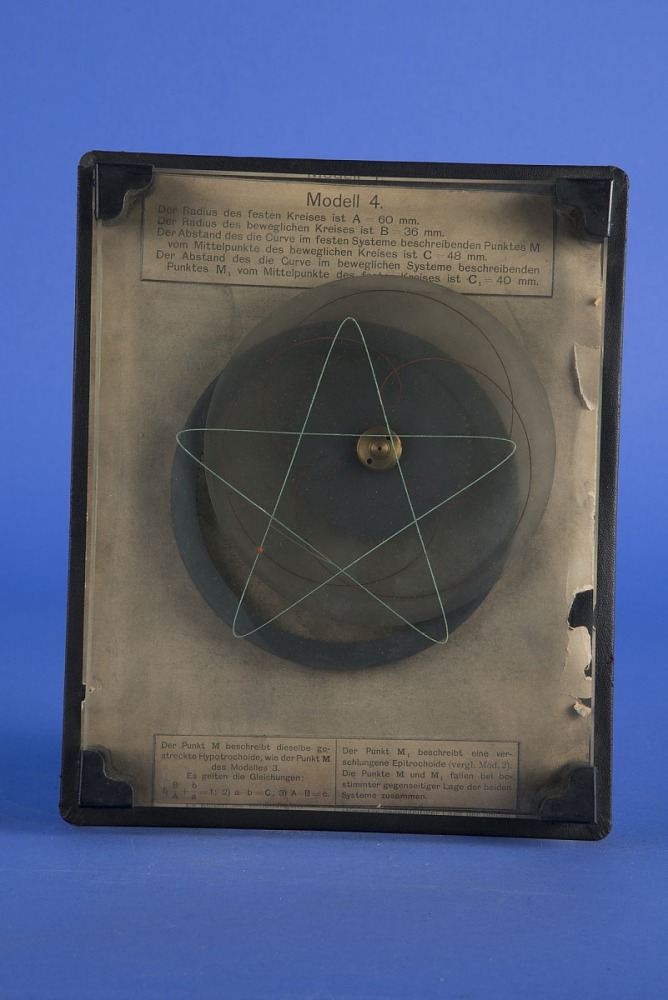 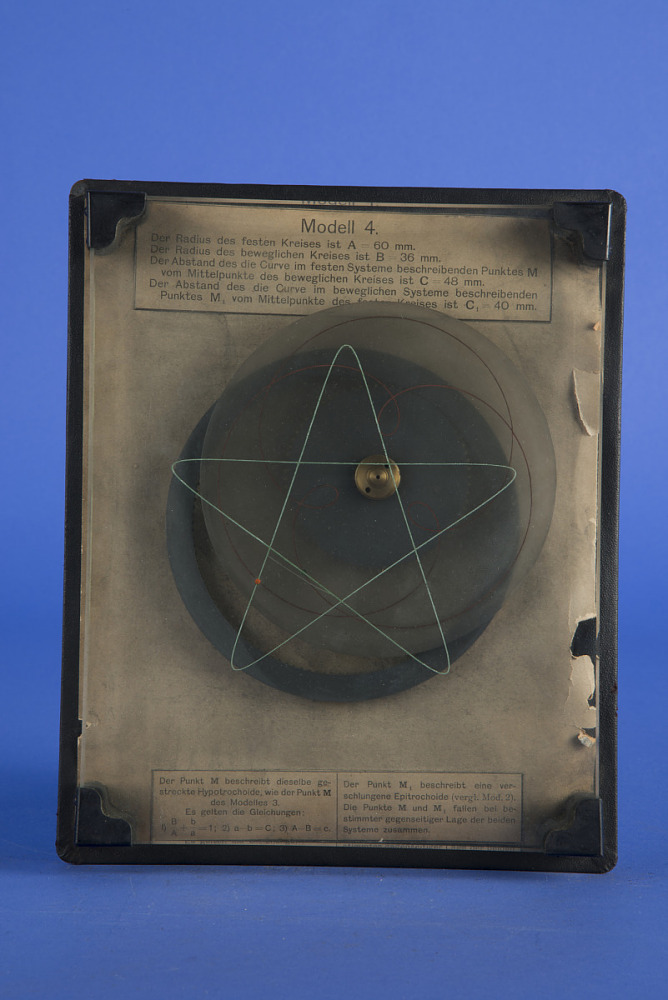 Description
Around 1900, American mathematicians introduced ideas to their students using physical models like this one. This model is the fourth in a series of kinematic models sold by the German firm of Schilling to show a mechanical method for generating mathematical curves.
The name hypotrochoid comes from the Greek word hypo, which means under, and the Latin word trochus, which means hoop. Thus hypotrochoids are curves formed by tracing a point on the radius or extension of the radius of a circle rolling around the inside of another stationary circle.
Hypotochoids are members of the family of curves called trochoids; curves that are generated by tracing the motion of a point on the radius of a circle as it rolls along another curve, and include the cycloids (see item 1982.0795.05) and epitrochoids (see item 1982.0795.01). An infinite number of hypotrochoids can be formed, depending on the distance of the tracing point from the center of the rolling circle. The ratio of the radius of the rolling disc to the radius of the outer ring will determine the number of nodes the hypotochoid will have.
In this model, the curves each have five nodes. Hypotochoids, for which the tracing point is on the extension of the radius, form curves that resemble petalled flowers and are called roses. The Spirograph toy produces various types of hypotrochoids. (See item 2005.0055.2) In the 18th century, it was found that shaping the sides of gear teeth, and the valley between teeth, using trochoidal curves reduced the torque of the rotating gears and allowed them to rotate more efficiently.
As with Schilling’s model number 3 of a hypotrochoid, this model has a stationary toothed metal ring of radius 60 mm. A toothed disc of radius 36 mm rolls around the inside of the ring by the use of a crank below the baseplate. However, this model has a semitransparent glass disc of the same radius as the ring attached to the rotating disc.
Traced on this glass disc is a red epitrochoid that would be formed by an imaginary point on the extension of the radius of a circle rotating on the outside of the disc in the model. A green point on this curve traces a green star-shaped hypotrochoid on the stationary glass overlay of the model as the disc is rotated.
The hypotrochoid can also be generated by imagining a point on the extension of the radius of the rotating disc. An orange point on the green hypotrochoid aligns with the epitrochoid and shows how the epitrochoid can be generated from a hypotrocoid and vice-versa. The German title of this model is: Erzeugung der Hypotrochoiden als soche mit bedecktem Centrum.
References:
Schilling, Martin, Catalog Mathematischer Modelle für den höheren mathatischen Unterricht, Halle a.s., Germany, 1911, pp 56-57. Series 24, group 1, model 4.
Location
Currently not on view