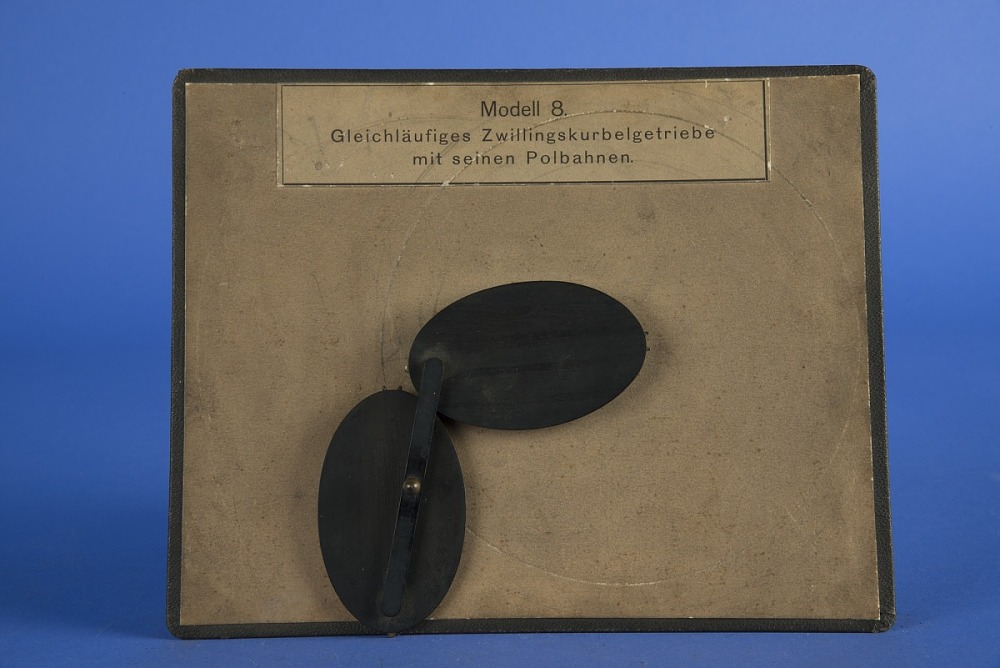 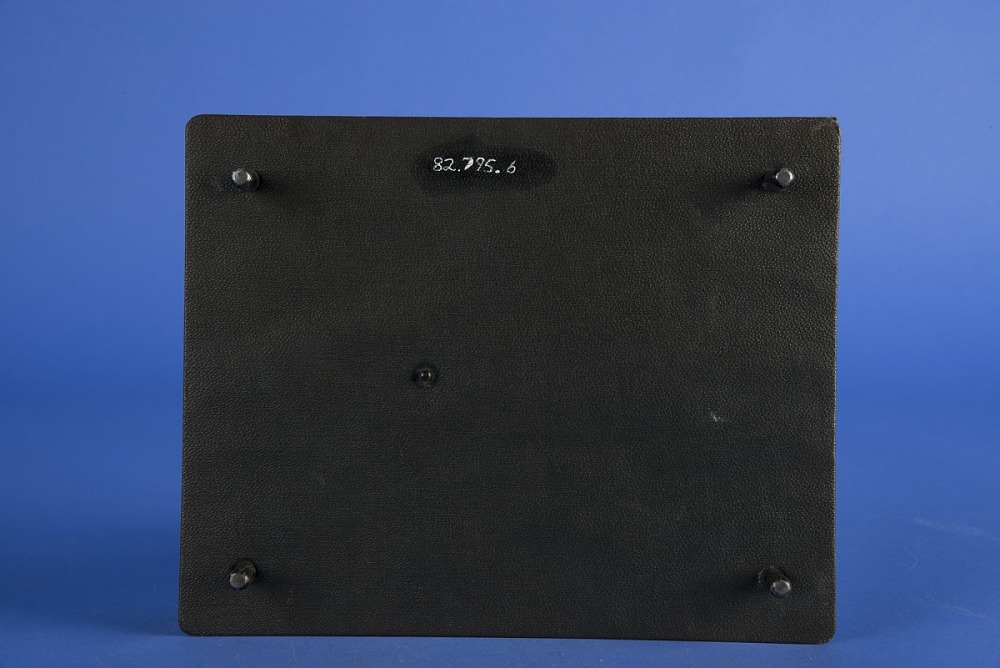 Description
Around 1900, American mathematicians introduced ideas to their students using physical models like this one. This model is the eighth in a series of kinematic models sold by the German firm of Schilling to show a mechanical method for generating mathematical curves.
Many machines need to produce a back and forth motion, such as the back and forth motion of the rods of a locomotive that drives the wheels. This back and forth motion is achieved by converting circular motion (produced by the pistons of the steam engine) to linear motion (of the rods). One way of achieving this in a smooth way is through a quick return mechanism. This model uses two ellipses that are held in constant contact, producing an “elliptical gear.”
As one ellipse rotates around the other, the distance between the fixed focus of one ellipse and the free focus of the other remains constant. This can be seen in the model by the placement of the arm. As the ellipses rotate about each other, the speed of rotation increase as the ellipses move towards a side-by-side orientation, and slows as the ellipses move towards an end-to-end alignment. Thus the velocity increases and decreases periodically as the ellipses rotate. The velocity ratio of the rotating gear is the portion of the length of the top arm over one ellipse divided by the remaining length (over the other ellipse.) Mathematically this velocity ratio varies from e/(1-e) to (1-e)/e where e is the eccentricity of the (congruent) ellipses. The cyclic nature of the velocity of this motion is known as a “quick-return” mechanism, which converts rotational motion into reciprocating or oscillating motion.
This model employs two identical elliptical metal plates (major axis 8 cm, minor axis 5 cm). Both ellipses were fixed to the baseplate at their right foci (though one ellipse is now detached) while the other foci are free. This allows the two ellipses to rotate around each other while remaining in contact. An 8 cm rigid arm connects the fixed foci of one ellipse to the free foci of the other.
Beneath the free foci of the left ellipse is a metal point. As the (now missing) crank below the baseplate is rotated, the point traces out a circle on the paper covering of the baseplate. Using the thumb hold at the midpoint of the arm, the two ellipses can be made to rotate around each other. A small ball-type joint at the ends of the major axis of each ellipse allows the two ellipses to join together when they are aligned end-to-end. The German title of the model is: Gleichläufiges Zwillingskubelgetriebe mit seinen Polbahnen (same shape transmitted by twin cranks with their poles).
References:
Cundy, H. M., Rollett, A. P., Mathematical Models, Oxford University Press, 1961, pp. 230-233.
Schilling, Martin, Catalog Mathematischer Modelle für den höheren mathatischen Unterricht, Halle a.s., Germany, 1911, pp. 56-57. Series 24, group III, model 8.
Location
Currently not on view