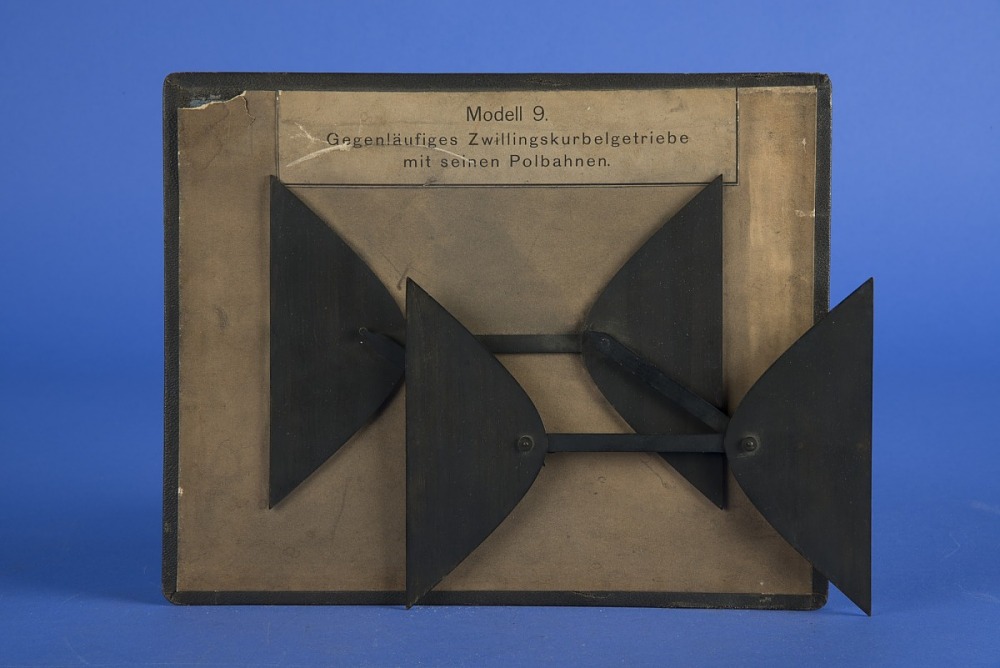 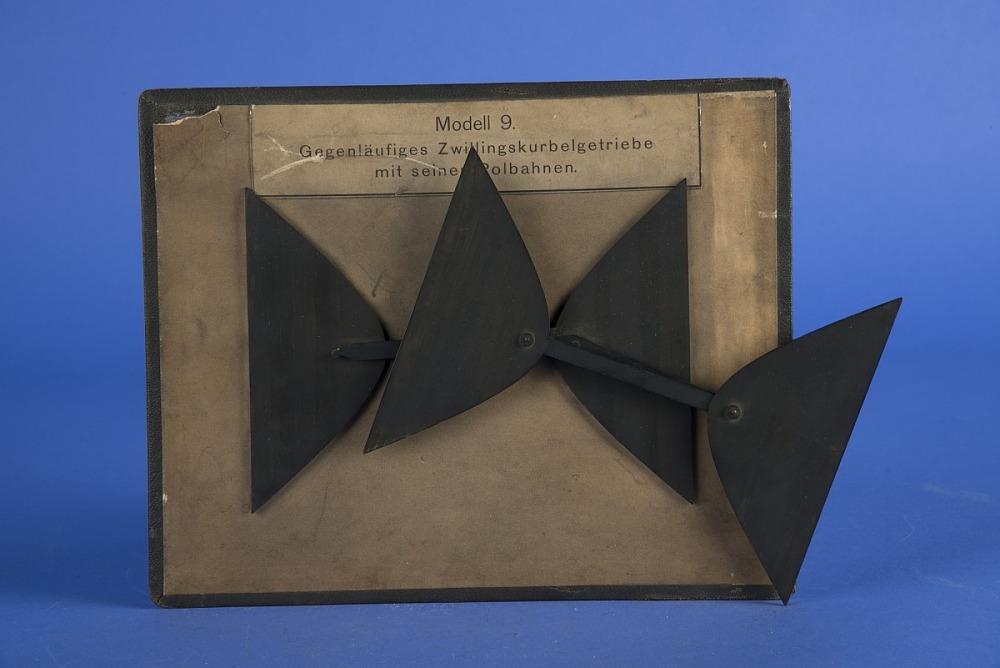 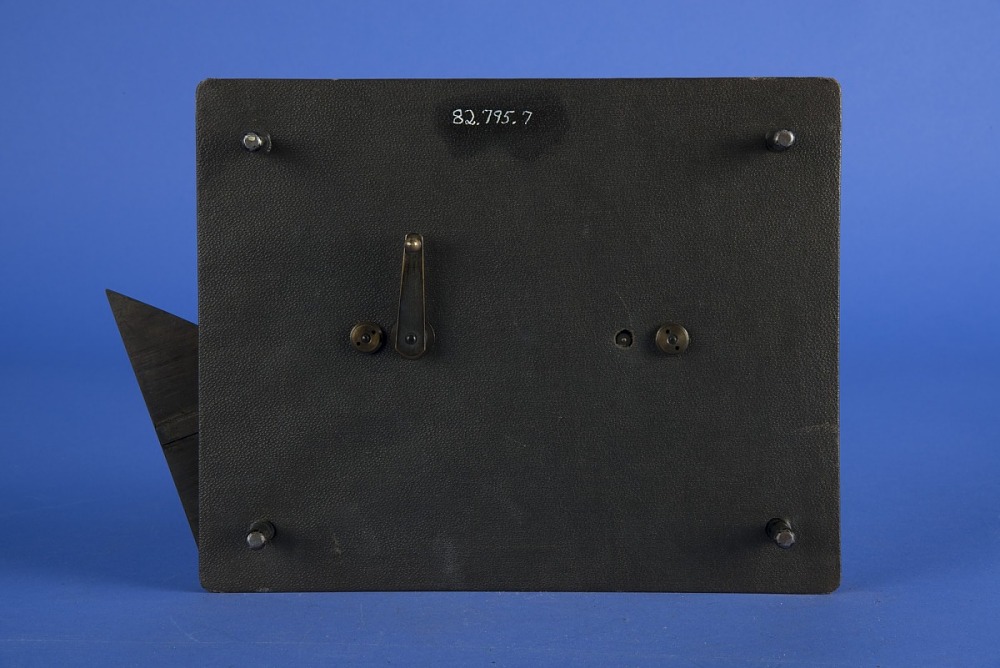 Description
Around 1900, American mathematicians introduced ideas to their students using physical models like this one. This model is the ninth in a series of kinematic models sold by the German firm of Schilling to show a mechanical method for generating mathematical curves.
This model is an example of a Watt’s linkage. Linkages are joined rods that move freely about pivot points used to produce a certain type of motion. A pair of fireplace pincers is an example of a very simple linkage. Producing straight line motion was an important component of many machines. But producing true linear motion is very difficult and one area of research during the 19th century was to use linkages to produce linear motion from circular motion. Scottsman James Watt (1736-1819), devised linkages to create linear motion for use in early steam engines. A Watt’s linkage is a three-bar linkage in which two bars of equal length rotate to produce congruent circles. The ends of these two radii are joined by a longer crossbar. As the radii counter-rotate, the midpoint of the crossbar traces out a Watt’s Curve.
Watt’s Curve is related to the lemniscate, or a figure-eight-shaped curve. However, Watt’s Curve resembles a figure eight that has been compressed vertically so that the two lobes appear as circles that are flattened where they meet. As the midpoint of the crossbar traces the region of the lemniscate where the curve crosses itself, the motion is approximately linear.
This model consists of two identical components (“bowties”), each comprised of two rounded hyperbolic metal plates (13 cm base, 5.5 cm altitude) joined by an armature of 9 cm. One bowtie is mounted on top of and offset by 7 cm from the bottom bowtie. An armature attaches the vertex of one plate to the vertex of its corresponding plate below. A crank below the baseplate connects to one arm. When the crank is rotated, the two connecting arms rotate in opposing circular paths, causing the top bowties to follow a roughly figure eight path. As each arm rotates through 180 degrees, the bowties align first to the left, then to the right. The German title is of this model it: Gegenläufiges Zwillingskubelgetriebe mit seinen Polbahnen.
References:
Guillet, George, Kinematics of Machines, John Wiley & Sons, N.Y., 1930, pp. 217, 218.
Watt’s Curve, Mathworld, http://mathworld.wolfram.com/WattsCurve.html
Schilling, Martin, Catalog Mathematischer Modelle für den höheren mathatischen Unterricht, Halle a.s., Germany, 1911, pp 56-57. Series 24, group III, model 9.
Location
Currently not on view