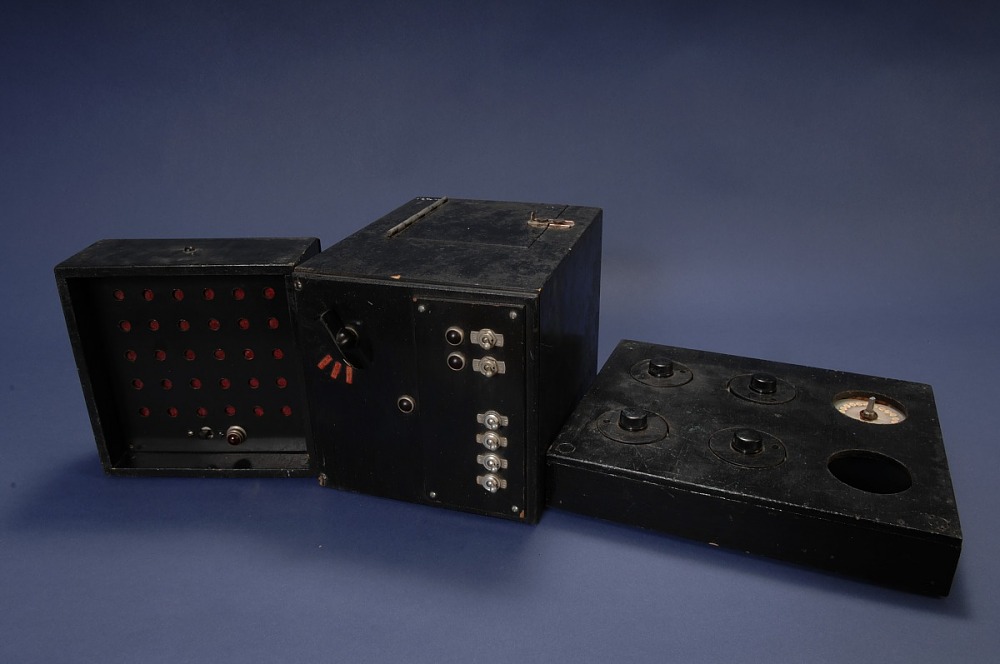 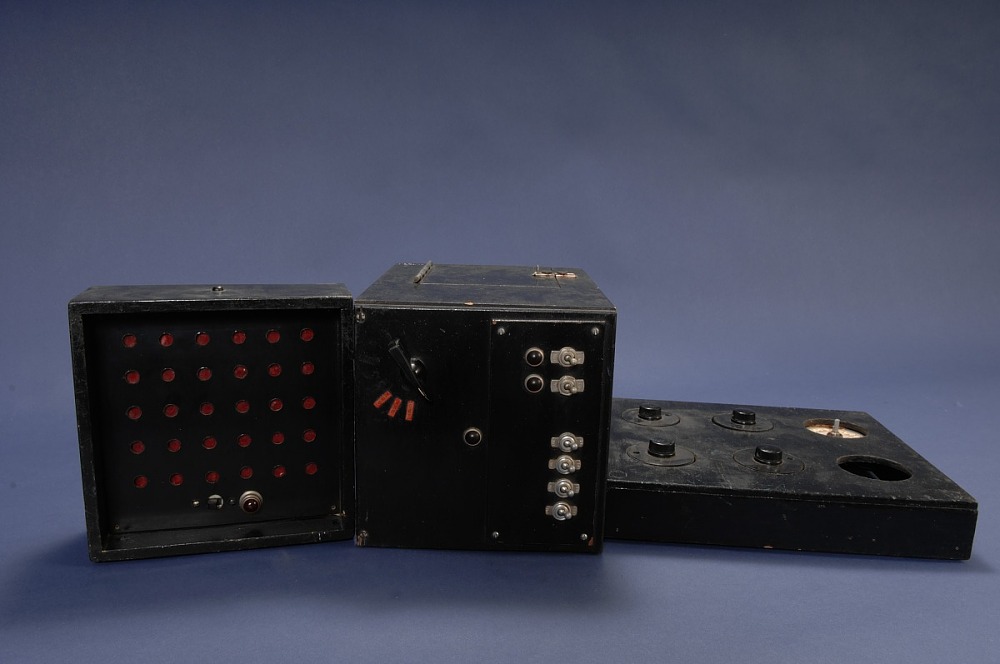 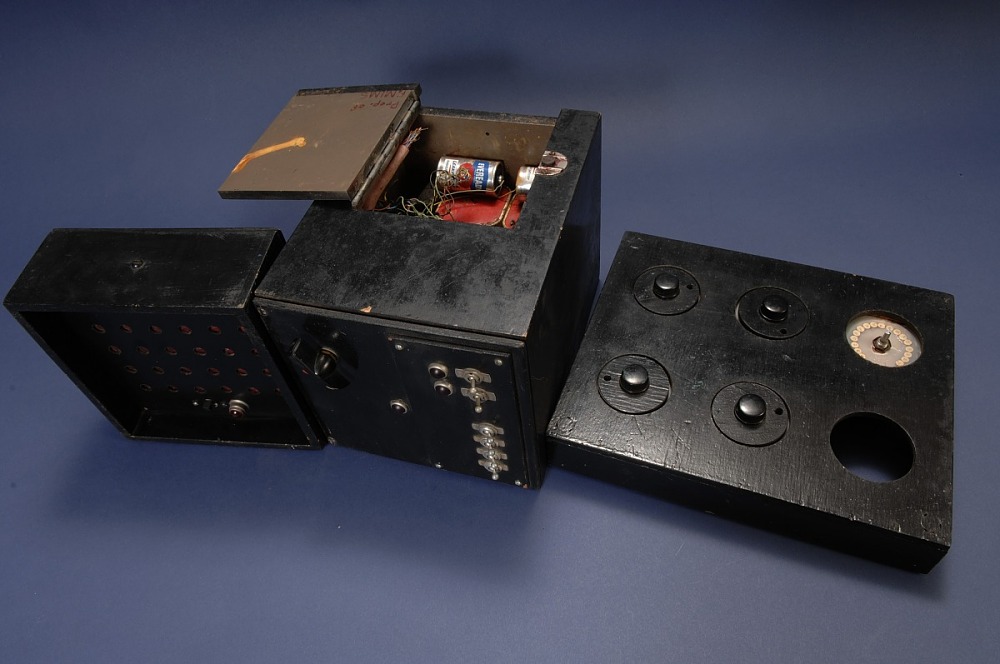 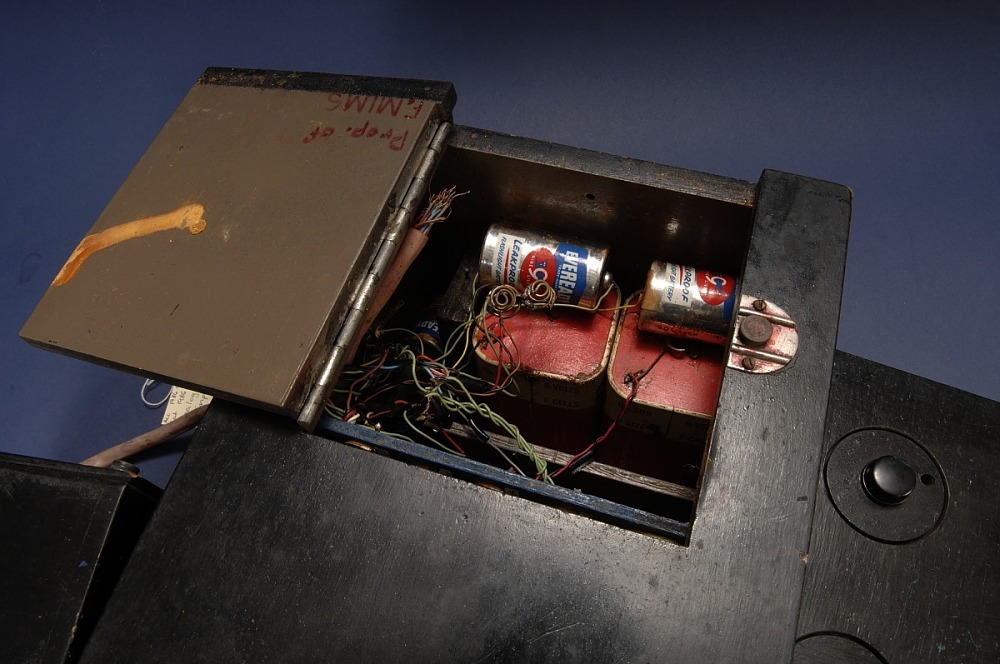 reply
The language translator computer was based on the fact that variable resistors (potentiometers or pots) can be thought of as memory elements. For example, when you adjust the volume of a radio or TV, the volume control “remembers” where it was set even after the radio or TV is turned off. Therefore, a volume control can be thought of as a simple electronic memory device. A potentiometer resists the flow of electricity by the amount you choose when you rotate its shaft. Resistance is measured in units called ohms. At one end of rotation the volume control might be set to zero ohms; at the opposite end of its rotation, it might have a resistance of 10,000 or 100,000 ohms. If a pot can be manually adjusted to 100 positions between 0 and 10,000 ohms, I reasoned that it can store up to 100 words to be translated. I further reasoned that an array of pots, each set to the resistance representing a single word, could form an electronic dictionary. Each individual pot would be adjusted to a resistance that matched that of a word dialed letter-by-letter into a row of input pots connected in series with one another. If, for example, dialing the word “hello” into the input pots gave a resistance of 1,000 ohms, the memory pot for “hello” would be set for 1,000 ohms. While I managed to build a primitive version of the language translator computer in the ninth grade, it was not yet the automatic machine I envisioned. The plan was to dial the letters of the word to be translated into a bank of six potentiometers, each of which could be rotated to select one of the 26 letters of the alphabet. These six input pots were connected in series with one another like a string of Christmas lights. Thus, the total resistance of the six pots was the sum of the resistance of each. Since each of the six pots had 26 positions, the total number of combinations of letters was 456,976. This plan would give each word its own unique resistance to be compared with the resistances of the words stored in a memory bank made from 20 miniature pots called trimmer resistors. Each of these memory pots would be adjusted with a miniature screwdriver to match the resistance of a stored word. The resistance of the word dialed into the six input pots would then be automatically compared with that of each of the 20 memory resistors in the memory until a match was found. The translated word would then be indicated by a glowing red light on a panel of 20 lights. While the idea was simple, implementing it was not. During the fall of 1961 I spent considerable time completing the project. Back in Houston a neighbor of my grandparents gave me a sharp-looking black box he bought at a surplus sale that would be perfect for the computer. I began work by sawing a four-inch section from the top of the 18-inch high box. This was set aside to become the computer’s readout panel. The memory array of 20 trimmer resistors was installed on a thin sheet of wood and mounted inside the box with easy access for screwdriver adjustments. Each of the 20 trimmers in the memory array would be sequentially compared with the resistance of the word dialed into the input potentiometers by means of an electric music box mechanism mounted along with all the other parts on a second panel inside the box. The rotating cylinder of the music mechanism was wrapped with black electrical tape. Four slots were cut into the tape so that one and only one of four metal fingers mounted in place of the music prongs would touch the bare metal of the cylinder as it rotated. If there was a match in the resistance of the input pots and a selected trimmer, a meter needle would move to its zero position. Determining when the meter indicated zero posed a problem. The solution was to cement a tiny solar cell directly onto the face of the meter’s zero position and then cement a sliver of aluminum foil onto the meter’s needle. The glass over the meter readout was then replaced with a piece of black plastic in which I had cut a slot over the zero position. A flashlight bulb was mounted over the slot in the meter’s front face. When the needle was indicating anything other than zero, light from the bulb illuminated the solar cell, which generated an electrical current that was amplified by a transistor that activated a relay that turned on the electric music box. When a word match occurred, the needle moved to zero, the foil blocked the light from arriving at the solar cell, the relay switched off the music box motor and a single red light on the readout panel glowed to indicate the translated word. The readout panel was built inside the four-inch section cut from the top of the box. Twenty flashlight bulbs were installed behind 20 holes bored in a square of black Formica that fit inside the open front of the readout box. A sheet of red plastic film was installed between the lamps and the front panel. A cable of 21 wires connected the lamps to the main processing box. The display looked sharp, especially when the red lights were flashing on and off during scans.