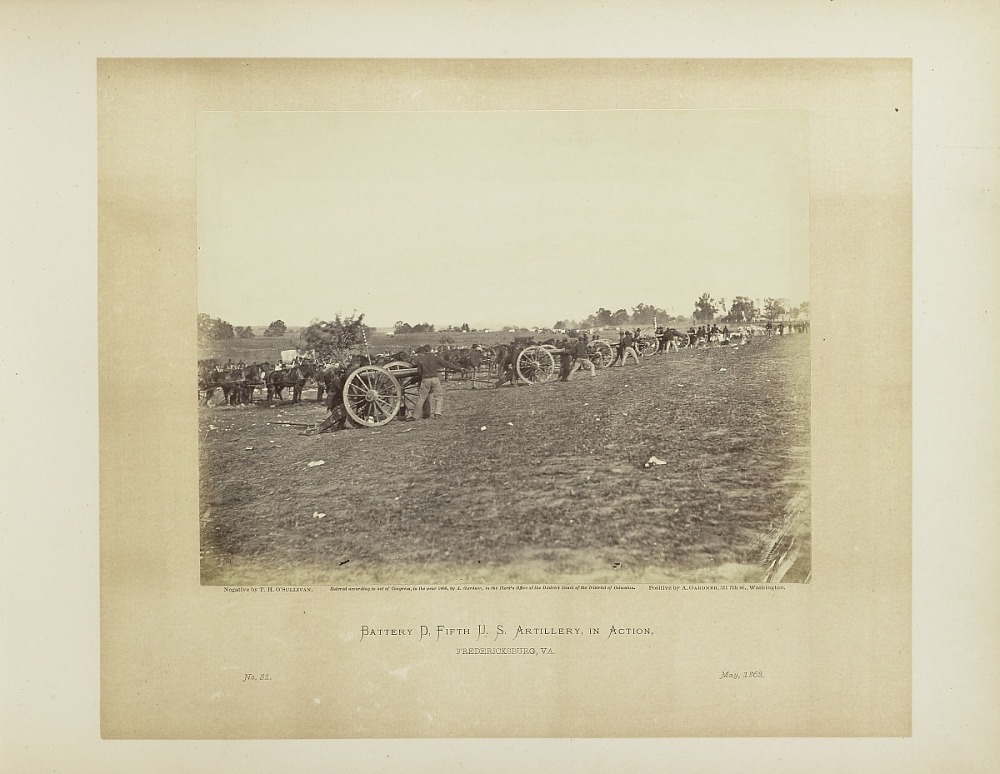 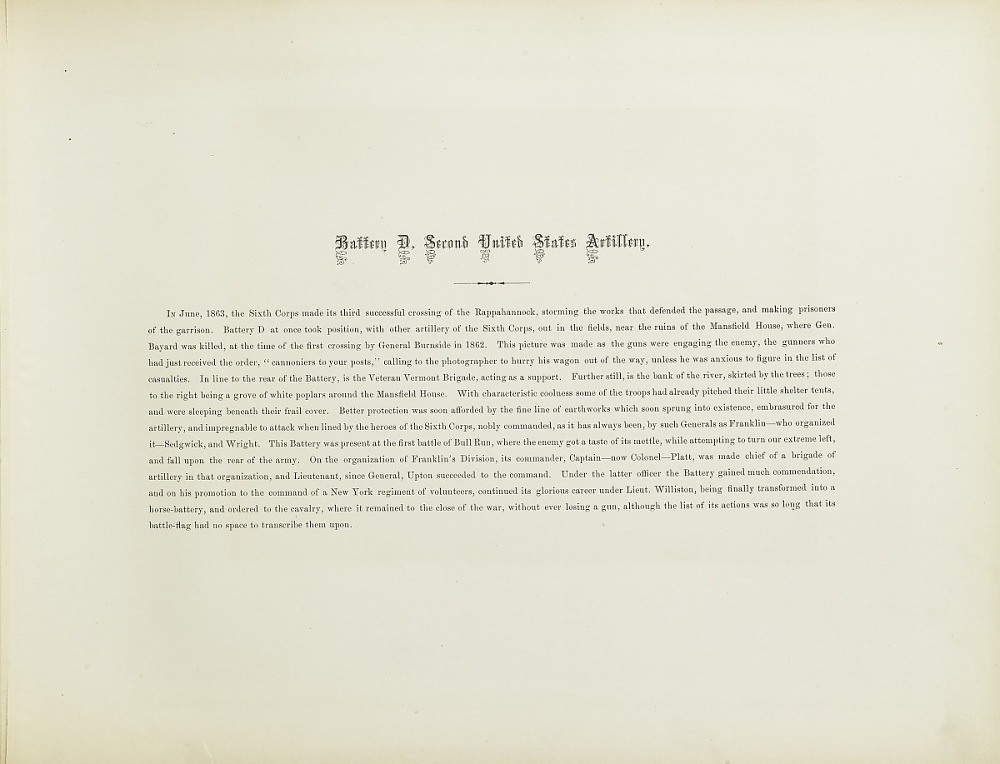 Description
Text and photograph from Gardner's Photographic Sketchbook of the War, Vol. II. Negative by Timothy H. O'Sullivan, text and positive by Alexander Gardner.
In June, 1863, the Sixth Corps made its third successful crossing of the Rappahannock, storming the works that defended the passage, and making prisoners of the garrison. Battery D at once took position, with other artillery of the Sixth Corps, out in the fields, near the ruins of the Mansfield House, where Gen. Bayard was killed, at the time of the first crossing by General Burnside in 1862. This picture was made as the guns were engaging the enemy, the gunners who had just received the order, "cannoniers to your posts," calling to the photographer to hurry his wagon out of the way, unless he was anxious to figure in the list of casualties. In line to the rear of the Battery, is the Veteran Vermont Brigade, acting as a support. Further still, is the bank of the river, skirted by the trees; those to the right being a grove of white poplars around the Mansfield House. With characteristic coolness some of the troops had already pitched their little shelter tents, and were sleeping beneath their frail cover. Better protection was soon afforded by the fine line of earthworks which soon sprung into existence, embrasured for the artillery, and impregnable to attack when lined by the heroes of the Sixth Corps, nobly commanded, as it has always been, by such Generals as Franklin – who organized it – Sedgwick, and Wright.
This Battery was present at the first battle of Bull Run, where the enemy got a taste of its mettle, while attempting to turn our extreme left, and fall upon the rear of the army. On the organization of Franklin's Division, its commander, Captain – now Colonel – Platt, was made chief of a brigade of artillery in that organization, and Lieutenant, since General, Upton succeeded to the command. Under the latter officer the Battery gained much commendation, and on his promotion to the command of a New York regiment of volunteers, continued its glorious career under Lieut. Williston, being finally transformed into a horse battery, and ordered to the cavalry, where it remained to the close of the war, without ever losing a gun, although the list of its actions was so long that its battle-flag had no space to transcribe them upon.
Location
Currently not on view