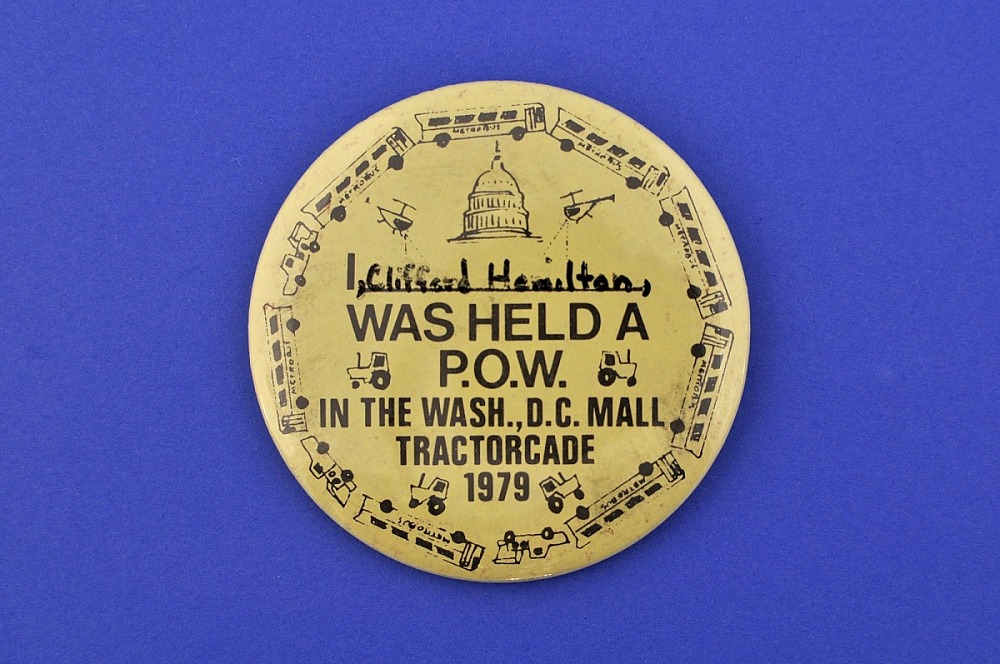 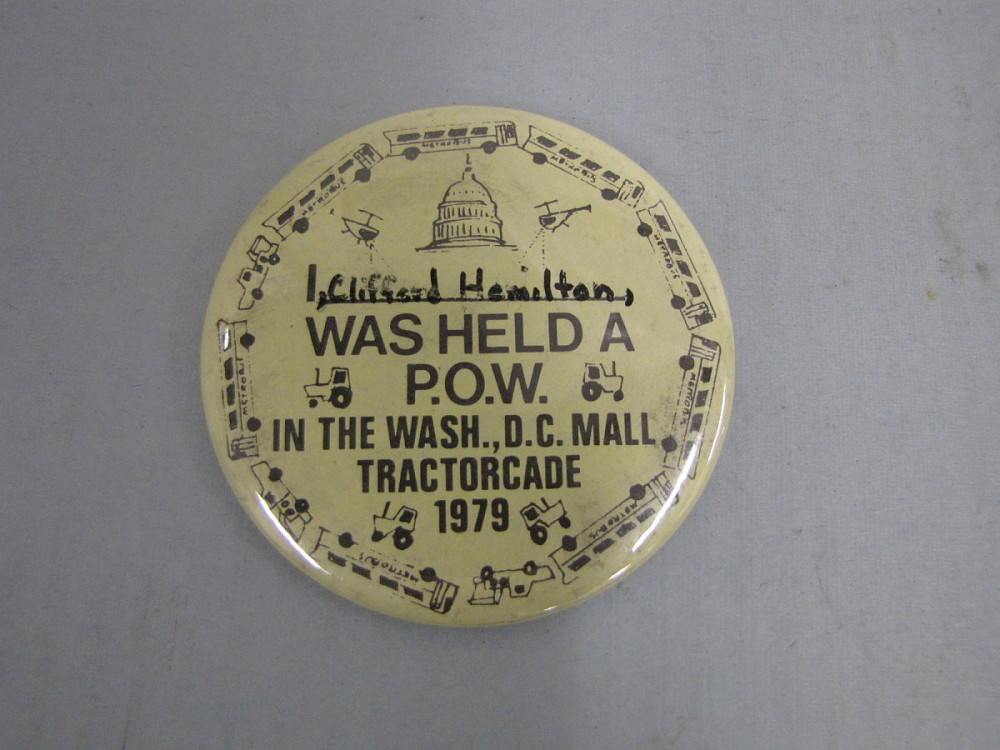 Description
The American Agriculture Movement was started in the fall of 1977 in response to the 1977 Farm Bill which had the adverse affect of dropping commodity prices to a level lower than the cost of production. In February of 1979, members of the American Agriculture Movement organized a tractorcade, a protest on tractors, in Washington, D.C. Farmers from around the country, some driving from more than 1500 miles away, arrived by the thousands. On February 5, they convened in Washington, D.C. from four different directions. In order to accommodate both the protesters and the city’s residents, the D.C. police required them to park on the National Mall and restricted their protests to specific times during the day.
The farm crisis of the late 1970s and 1980s was triggered by several factors stemming from the early 1970s. When Earl Butz became the Secretary of Agriculture in 1971, he changed farm policies that provided supports to farmers who did not plant a certain percentage of their land, and instead asked farmers to plant “fence row to fence row” in order to increase production. New foreign markets had opened up, inflation was high which increased land values and interest rates were low which provided extra incentive for farmers to increase their landholdings and purchase modern equipment that made output from the land more productive. Many farmers took advantage of this confluence of factors to increase their income by following this advice.
In the late 1970s, the Federal Reserve Board raised interest rates in an attempt to bring down the rate of inflation. This happened at the same time foreign markets dried up and a trade embargo was placed on the Soviet Union. These factors meant farm income dwindled at the same time interest rates skyrocketed, eating up what little income remained for farmers. The members of the American Agriculture Movement were highly involved in protests through the late 1970s and 1980s, speaking to officials at all levels of U.S. government in an attempt to raise awareness of the growing farm crisis. Concern over the 1977 Farm Bill ignited the concern for many farmers who believed the bill would adversely affect farm income by lowering commodity prices to less than the cost of production. Farmers began to protest at all levels of government, most for the first time, in order to bring this to the attention of policy makers as well as the people.
Location
Currently not on view