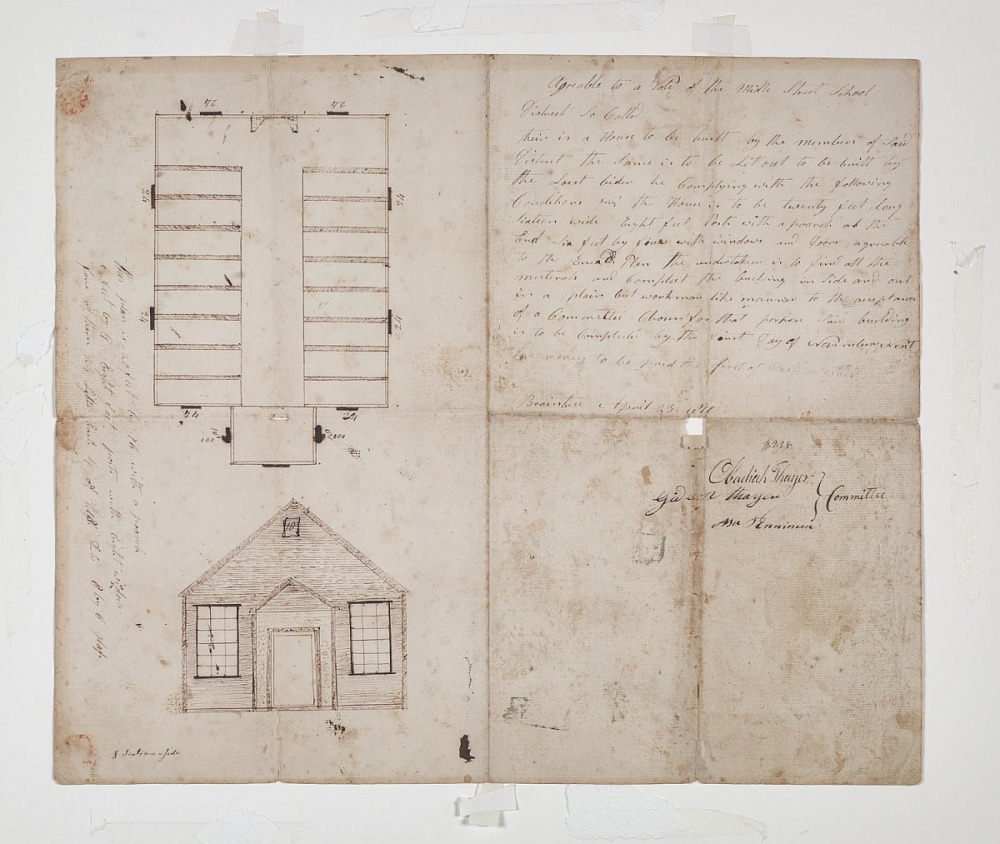 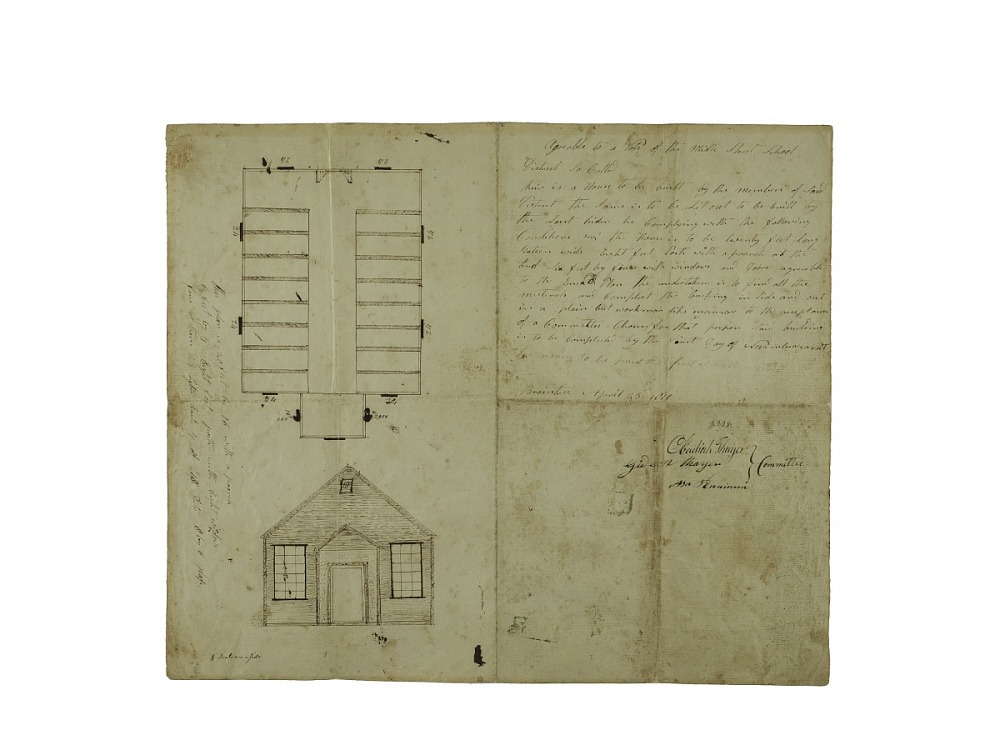 Description
To broaden their political community, Americans worked to make formal education, once the province of elite families, available to a wider population. In Virginia, Thomas Jefferson proposed a statewide system of public schooling to make sure that talented children of poor parents might contribute as citizens of the Commonwealth. In other states, proponents of a participating citizenry also promoted public schooling as essential to the nation. This plan for a school to serve the families of Braintree, Massachusetts, was drawn up in 1810. The plan shows a drawing, including dimensions, and materials required for the front and interior of the school. Also included is a proposal written and signed by Obadiah Thayer, Gideon Thayer, and Asa or Ezra Penniman to employ a building company. The building was estimated to cost $228.00.
The men mentioned were probably:
1. Obadiah Allen Thayer, born Feb 23,1772 in Braintree, the son of Eunice Allen and Noah Thayer. He married an Abigail the daughter of Rachel (Lawrence) and Thaddeus Adams in November 1794. By the time of this drawing in 1810, they had eight children. Abigail Thayer died in 1816 and Obediah Allen Thayer died in 1857.
2. Gideon Thayer (3), son of Susanna and Gideon Thayer (2), born August 21, 1763 in Braintree, and died April 23, 1841. He was a Revolutionary War soldier and father of four.
3 & 4.There were three Ezra Pennimans in Braintree during this period, but the most likely person associated with this school plan was Ezra Penniman, born 1765 in Braintree, the son of Eunice Thayer and Ezra Penniman (1739-1832) and the brother of Asa Penniman, born August 26, 1774, who died April 25, 1836 in Braintree.