Eighth Annual Report of the Principals of the Calhoun Colored School, of Calhoun, Lowndes County, Alabama, With the Reports of the Heads of Department 1899-1900

Eighth Annual Report of the Principals of the Calhoun Colored School, of Calhoun, Lowndes County, Alabama, With the Reports of the Heads of Department 1899-1900 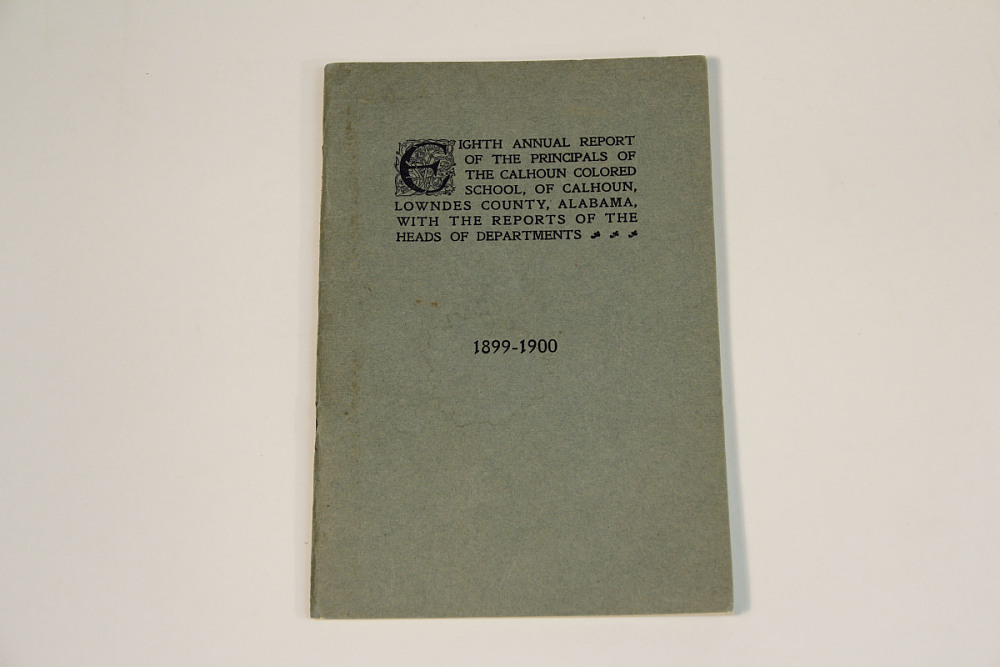 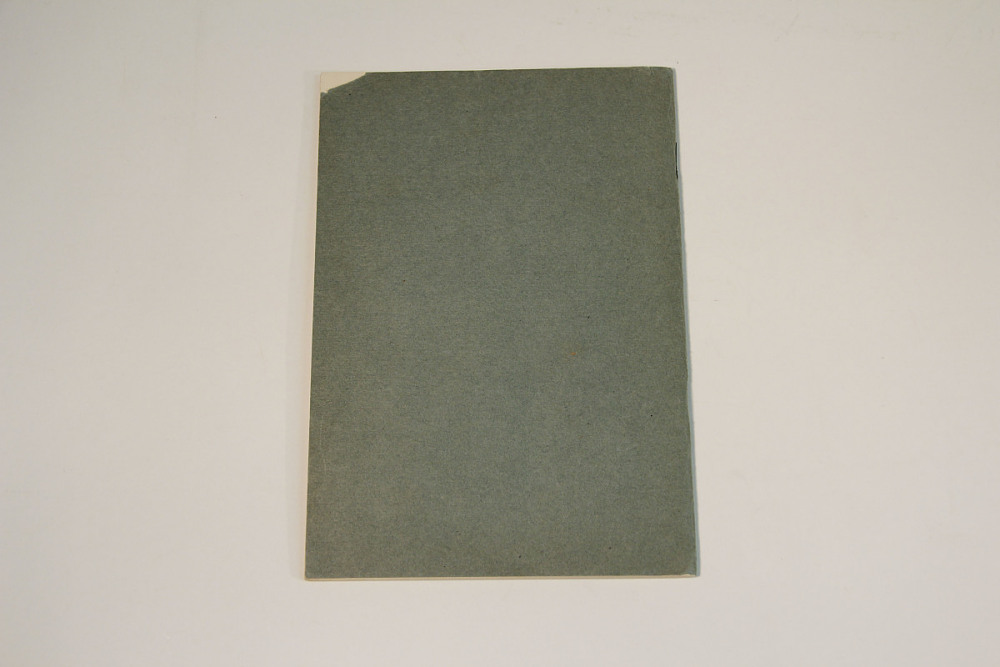 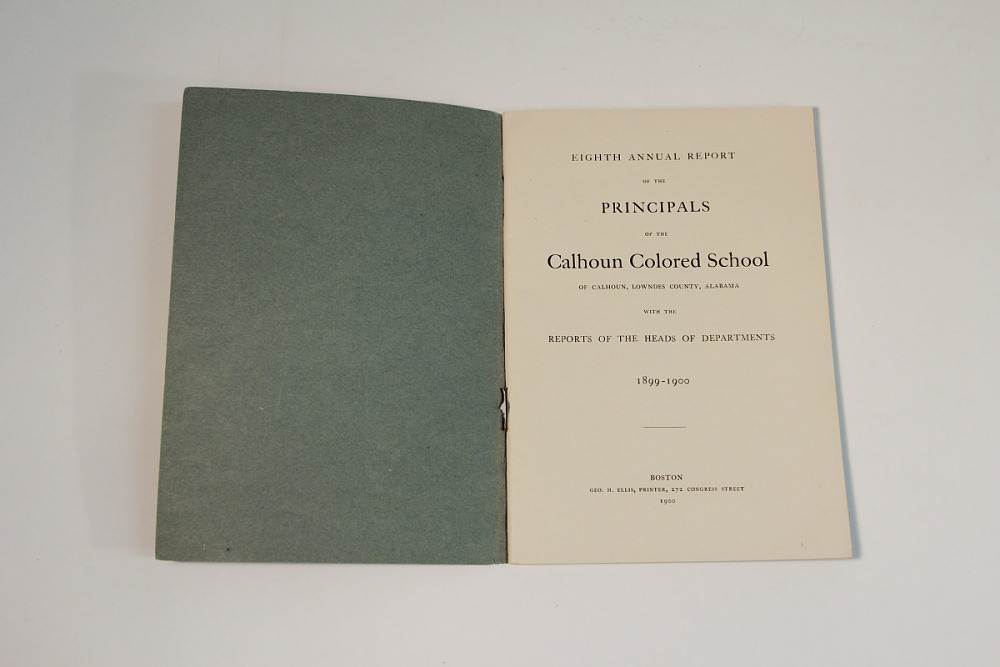 Description
This blue covered paperback book with dark blue ink on the cover was printed in Boston by Geo. H. Ellis. It includes reports to the trustees of the school from the principals, Rev. Pitt Dillingham and Miss Charlotte Rogers Thorn between the years 1899-1900. The Calhoun School functioned as a county or district school for 260 African American students, and served as a boarding school for an additional 40 during the period of this report.
In 1892, a thirty-five year old Charlotte Thorn (1857-1932) and her friend Mabel Wilhelmina Dillingham (1864-1894) co-founded the Calhoun Colored School with collaboration and encouragement from Booker T. Washington. Miss Thorn was a Connecticut native and a member of an upper-class family who sympathized with the plight of freedmen seeking education. Previously, she had taught at the Hampton Institute (now Hampton University), a school for freedmen established in 1868). Upon hearing that the town of Calhoun housed a large population of freedmen, she and Miss Dillingham decided to establish a school. When Miss Dillingham died of yellow fever, her brother Reverend Pitt Dillingham, a Harvard trained Unitarian Minister, stepped in for a few years to assist, but her death also resulted in greater attention to health issues and disease prevention at the school. Charlotte Horn remained the prime administrator though for over 40 years, working tirelessly on the expansion of the school and the school thrived under her leadership.
Fundraising began, and to the initial dismay of Thorn, the institution had to charge a monthly tuition for all students. In addition to these monthly fees, however, the school received support from philanthropic organizations throughout the country. The community pledged $250 to begin to build the school, and parents paid a tuition of twenty five, thirty five and fifty cents a month depending on their child’s grade.
The industrial education offered at Calhoun included agriculture, carpentry, cooking, sewing, and other manual and domestic skills, but the school was not without basic courses such as arithmetic and literature. Calhoun’s reputation increased as the curriculum expanded, making way for adult education classes in addition to regular school services. Students were taught to expect rewards for good work and be able to support themselves and their families as adults. To this end the school purchased land and a bank and developed a land company with a land ownership program. In the first 13 years $36,100 was paid on notes to 92 deeds issued to 85 people. Physical improvements to land and home were encouraged to improve quality of life and self-respect. One of the school’s mottos was ”The only freedom in life is to owe no man anything”.
Several Black institutions in the South were established by white, female teachers in the years following the Civil War. Though founded by white women, Calhoun employed a number of Black staff members during the early twentieth century. Both founders had volunteered at Hampton Normal and Agricultural Institute, and most of the early faculty of the Calhoun Colored had attended or taught at the Hampton Normal and Agricultural Institute, so it is not surprising that the school modeled their curriculum and many administrative procedures after the successful Hampton. Although the education of freedmen was generally regarded as positive in the North, racism persisted throughout Lowndes County. As a result, the school was primarily recognized in educational circles outside of Alabama. This book includes a report from the treasurer, a cash statement, a report from the academic department, and other reports on classwork. Typically, Calhoun’s annual reports also listed financial contributions from churches, civic organizations, and other local groups.
Location
Currently not on view