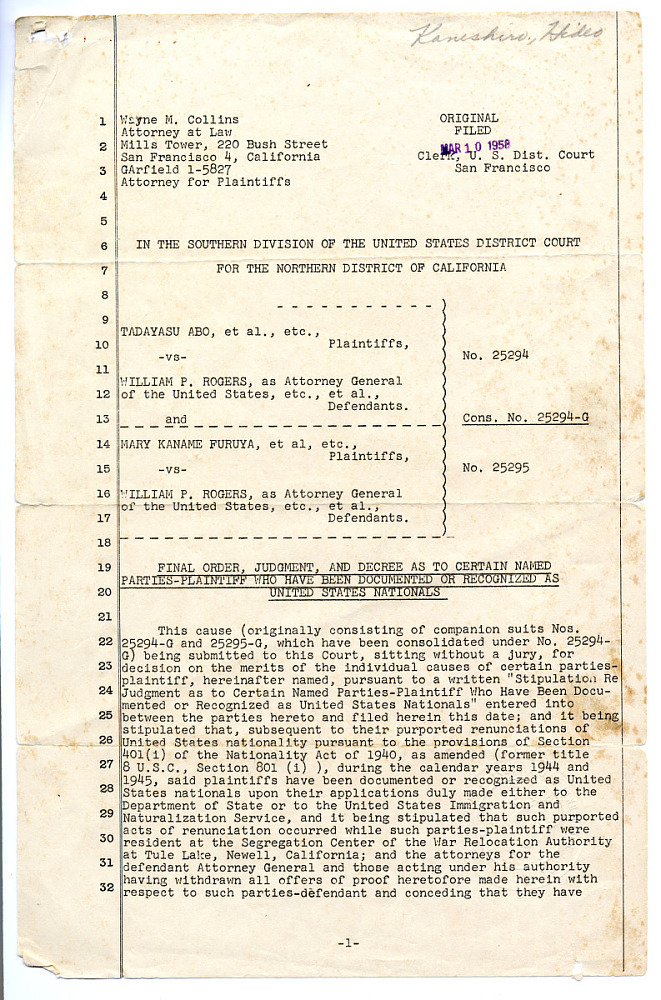 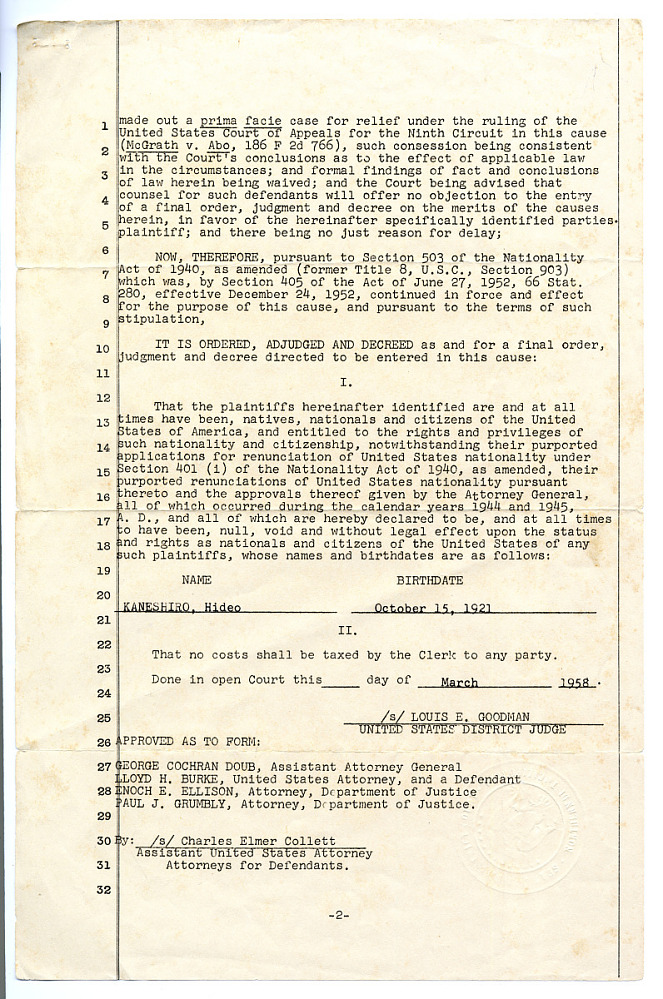 Description
Hideo Kaneshiro was a Japanese American citizen of the United States who was imprisoned in Hawai'i and Mainland Japanese American prison camps during World War II.
Kaneshiro was sent to the Topaz Relocation Center in Utah on March 14, 1923 and was then transferred to the Tule Lake Relocation Center in September of 1943 after he answered “no” to questions 27 and 28 in the loyalty questionnaire. Tule Lake segregated prisoners based on who was considered disloyal or disruptive, and Kaneshiro was considered to be disloyal. The Tule Lake records listed Kaneshiro as a renunciant of US citizenship by the United States Army.
Question 27 on the loyalty questionnaire asked if Nisei men were willing to serve on combat duty wherever ordered, and question 28 asked if individuals would swear unqualified allegiance to the United States and forswear any form of allegiance to the Emperor of Japan. These questions caused unrest because citizens resented being asked to renounce loyalty from the Emperor of Japan, especially when they had never sworn loyalty to the Emperor. Not only that, Japanese immigrants were barred from becoming U.S. Citizens on the basis of racial exclusion, so renunciation of their Japanese citizenship was problematic. Not only that, young men worried that answer “yes” to Question 27 would mean they had volunteered to join the Army. Individuals who said “no” to both questions were considered disloyal to the United States and were labeled as such; most of these people were segregated from the “loyal” and sent to the Tule Lake camp.
Kaneshiro was one of the four thousand plaintiffs in the suit Abo v. Clark in 1946, a lawsuit that overturned the forced renunciation of American citizenship by the plaintiffs. Kaneshiro’s renunciation of his American citizenship was declared null and void, and his American citizenship was fully restored.
Location
Currently not on view