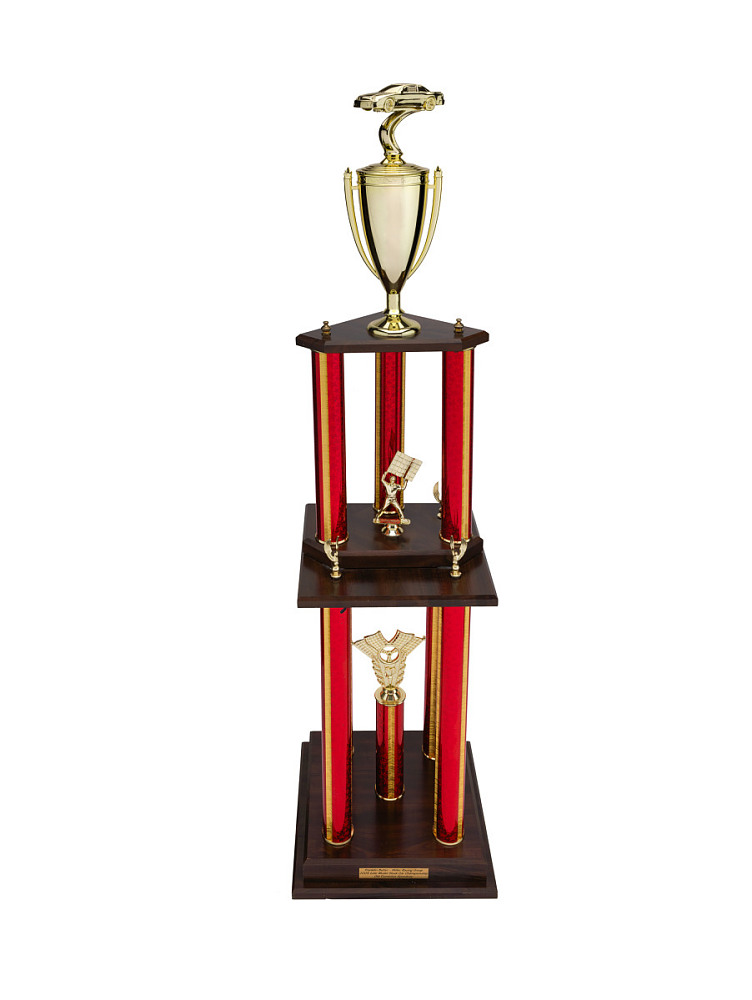 Description (Brief)
NASCAR, Old Dominion Speedway, Dodge Weekly Series, Late Model Stock Division Championship Trophy in NASCAR's Division III, 2005. The Dodge Weekly Series was a points championship for NASCAR sanctioned local racetracks around the United States and Canada. Late Model Stock was the premier division in the series.
The 2005 Division Championship Trophy was won by driver, Franklin Butler III (Caucasian), with African American owned NASCAR team, Miller Racing Group, Inc. (MRG) at the Old Dominion Speedway, Manassas, Virginia. MRG outperformed 22 team's and drivers. The MRG stock car was a 2005 Chevrolet Monte Carlo with the number 07. MRG, owned by Leonard W. Miller (father), and Leonard T. Miller (son), were unsponsored. The Millers underpinned the team from their personal finances from 2004 - 2006 that escalated into the mid-six figures. MRG won the first championship by a solely owned, African American, father-and-son team in the history of NASCAR. The trophy was presented to Franklin Butler III and the Millers at the 2005 Old Dominion Speedway, NASCAR Dodge Weekly Racing Series Banquet, on January 28, 2006 at the Prince William Fairgrounds Commerce Building in Manassas, Virginia amongst a semi-formal dressed crowd of over 400.
Miller Racing Group was an African American racing team owned by father and son Leonard W. and Leonard T. Miller. MRG was sponsored by Dr. Pepper from 2001-2003 and delivered Dr. Pepper its first corporate win in the brand's history. The team competed in the NASCAR Late Model Stock Weekly Racing Series throughout the southeast. After the 2003 season, the Millers did not have a corporate sponsor for MRG and sustained the team with their personal funds and resources.
Location
Currently not on view