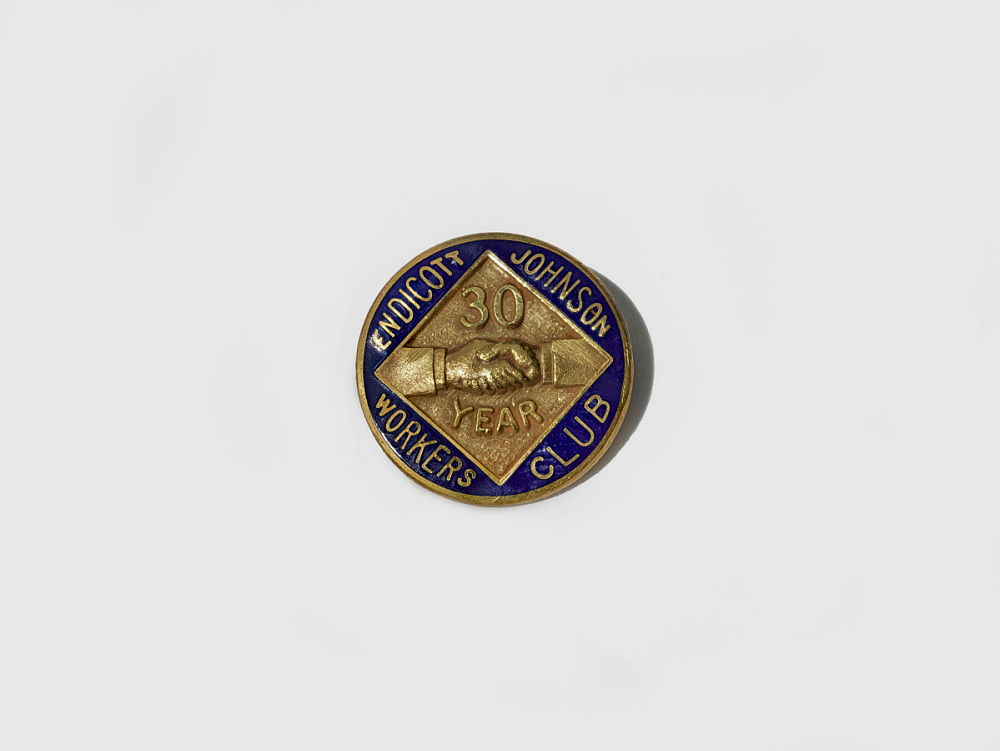 See more items in
Work and Industry: Production and Manufacturing

reply
This pin was presented to employees of the Endicott-Johnson Shoe Corporation in Endicott, Johnson City, and Binghamton, New York, who had worked 30 years or more for the company. Endicott Johnson grew to become the largest manufacturer of shoes and boots in the world in its era, producing over 52 million pairs at it's height in the 1940s, and employing 20,000 people, mostly immigrants. Endicott Johnson, and its founder, George F Johnson, were known for providing employees with countless benefits that made working for "E-J's" a good job for recent immigrants. Workers were entitled to free medical and dental care in company hospitals, housing programs, farmers markets, free parks, pools, and carousels, fire prevention, retirement pensions, and the ability to achieve the American dream through hard work. This pin was given to any employee, from tanners and shoemakers to executives, who had worked 30 years or more for the company (which was very common at Endicott Johnson). The "30 Year Club" was divided into East and West branches, East being Johnson City NY, and West being Endicott NY. The 30 year club would regularly meet for dinners and programs, and employees sat side by side with executives like George F Johnson who shared their camaraderie and time spent in service to E-J. This pin dates to the 1940s or 1950s, and was worn on the lapel of suit or dress.