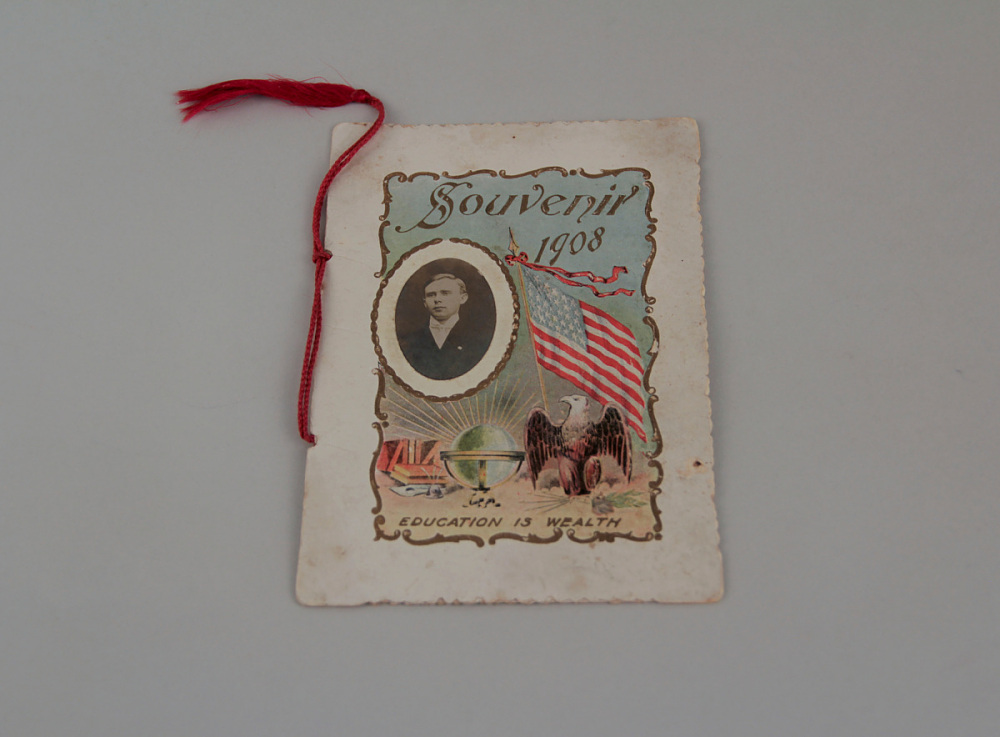 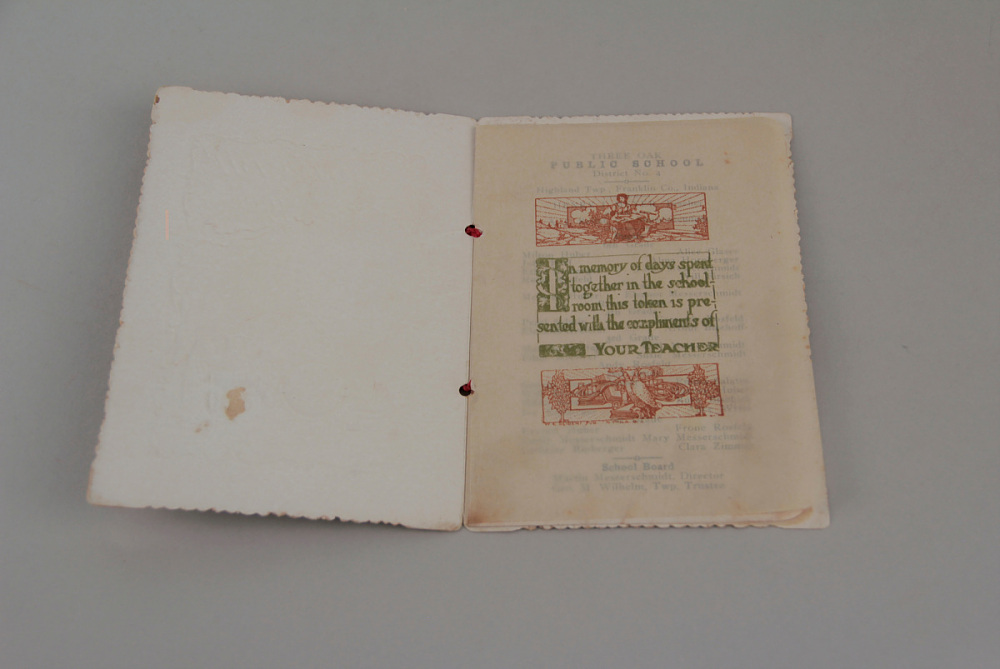 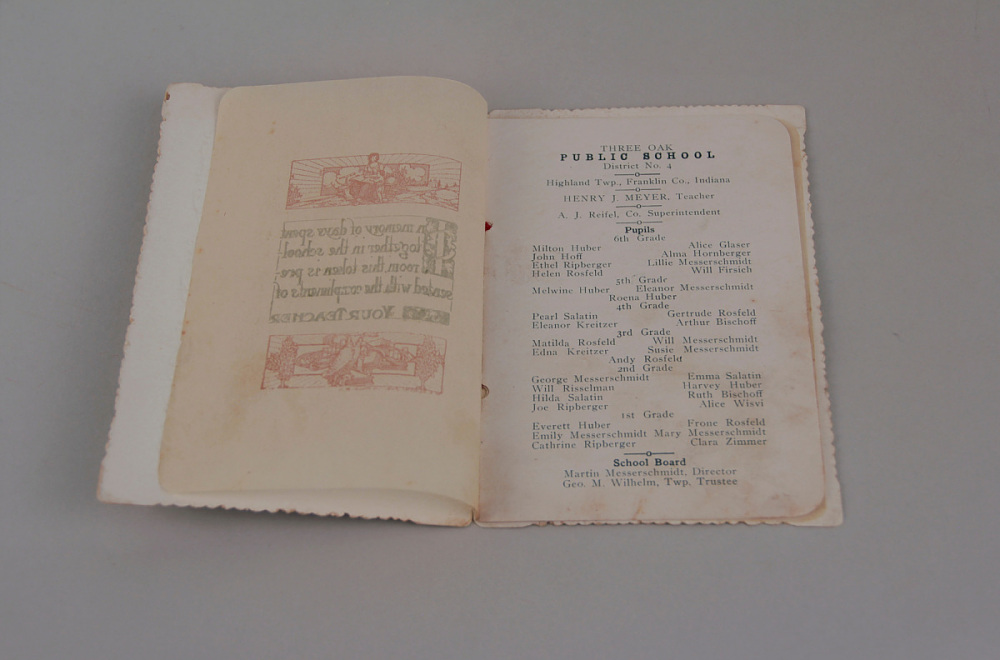 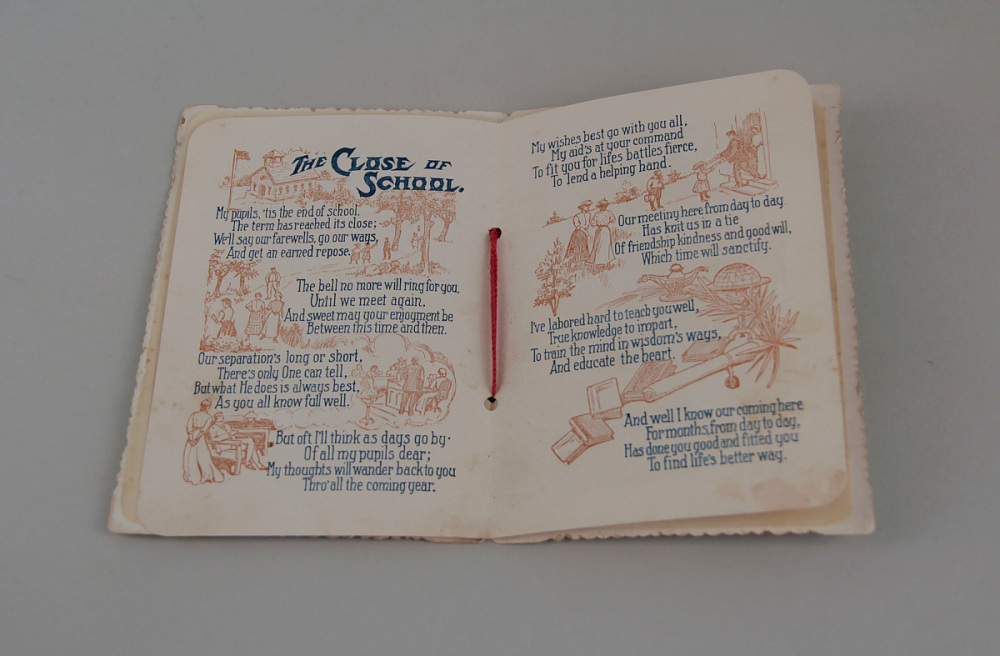 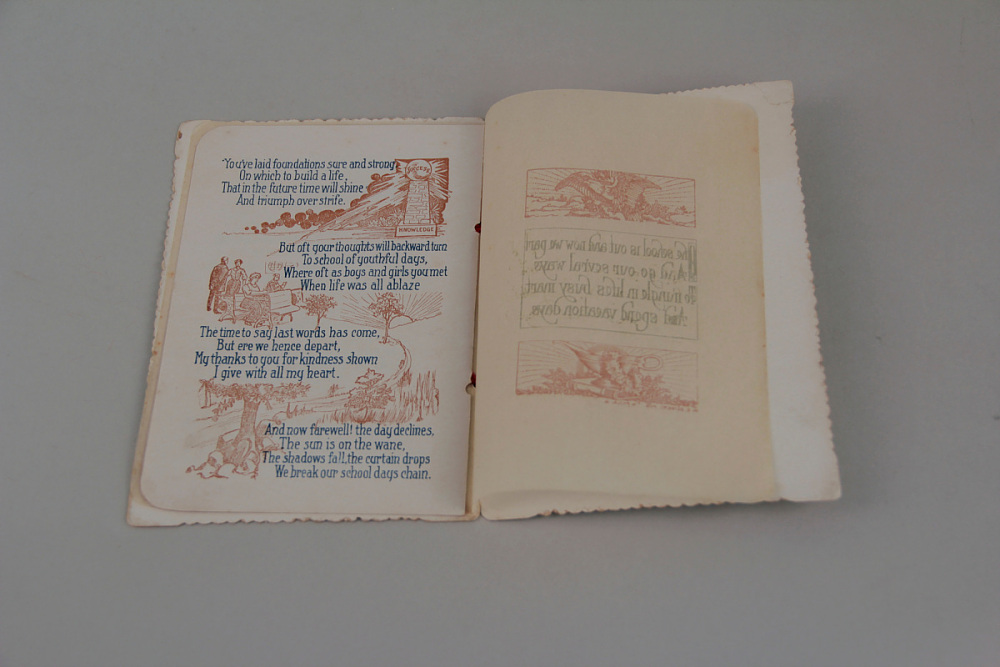 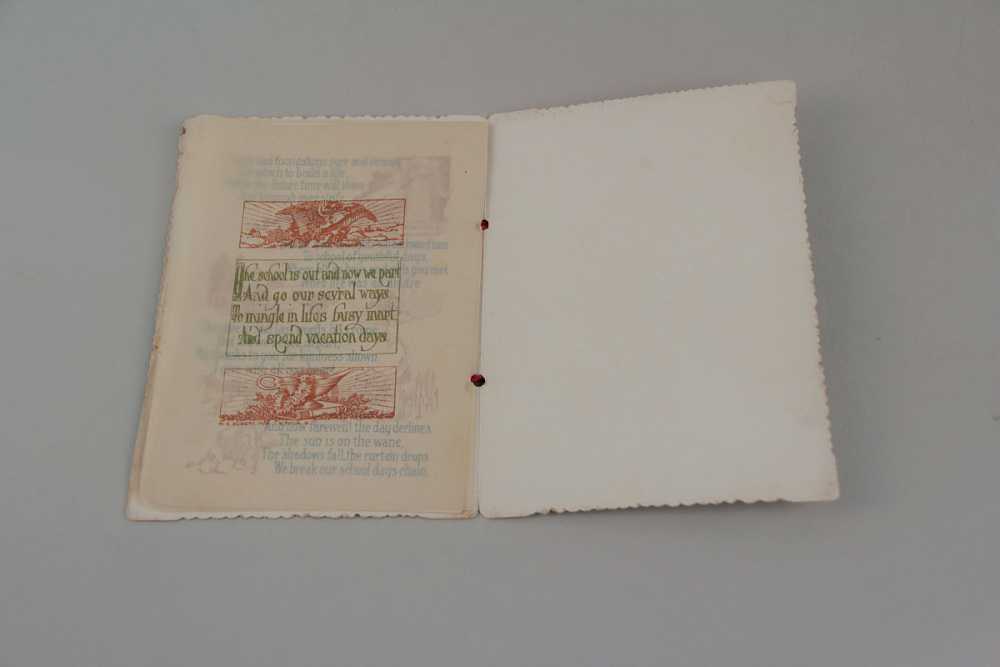 Description
This 1908 graduation commemorative souvenir booklet depicts an academic, patriotic still life on its front cover. A bald eagle stands beneath a waving American flag with books and a globe to its left. On the upper left is a photo of Henry John Meyer(1885-1966), the teacher of students listed in this school souvenir.
This booklet was produced by W. E. Seibert Publishers in New Philadelphia, Ohio, for Three Oak Public School in Highland, Indiana.The booklet design was standardized and used by schools in different areas of the county. Inside is a thin, almost translucent page with light lettering that reads “In memory of days spent together in the school room this token is presented with the compliments of YOUR TEACHER.” The next page appears to be a sewn-in insert listing the school name, district, teacher, and pupils. The following pages contain a poem accompanied by printed illustrations acknowledging the hard work of both teacher and his students throughout the year.
This list of pupils suggests that this classroom contained students of varying ages. Multiple students shared surnames, suggesting that families in this district enrolled children in groups regardless of age. Multi-age schooling was contested by some as too community driven and diverse; detractors complained that one and two room rural schools contributed to the decline of white, Protestant culture. Many progressive reformers spoke in favor of rural schools though so they remained popular as the nation’s student population continued to increase, but eventually fell out of fashion as these schools began to age and it became more economical to transport students and centralize school services in district schools.
W. E. Seibert Publishers of New Philadelphia, Ohio was founded by William E. Seibert.