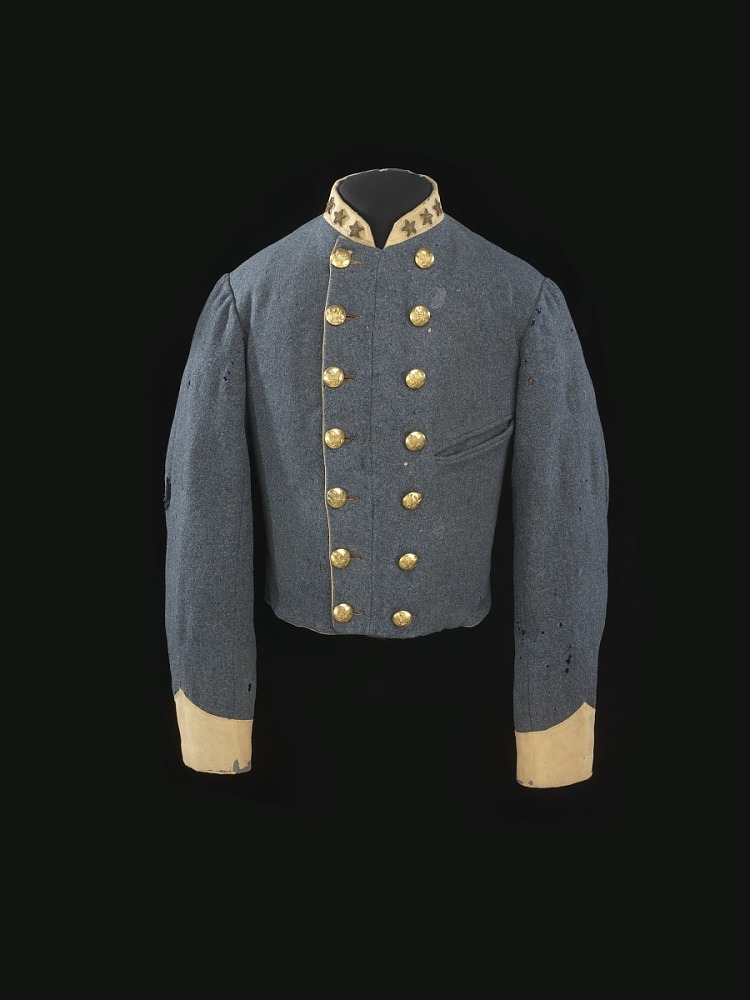 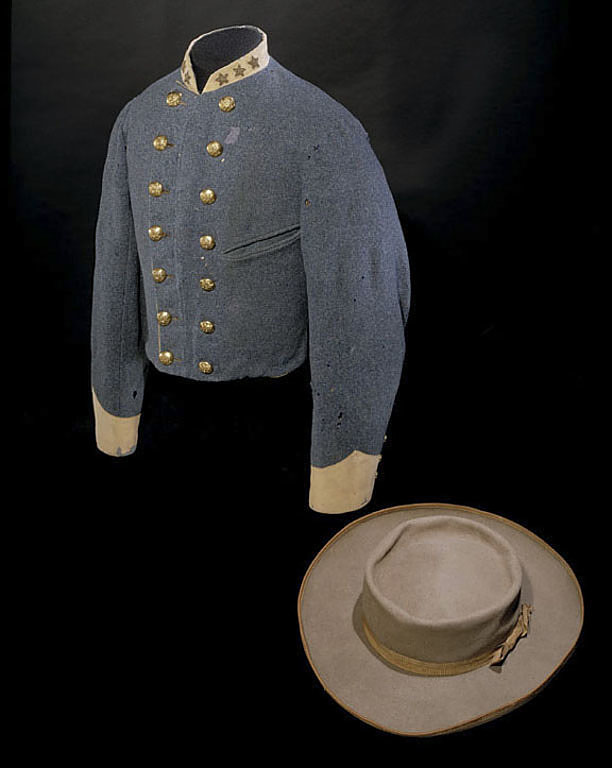 Description
Physical Description
Double-breasted gray wool shell jacket with buff facings. Adorned with brass muffin buttons. Gray felt slouch hat trimmed in grosgrain ribbon. The style would become known as a Mosby hat.
Specific History
This slouch hat was worn by John Mosby when he was wounded by federal cavalry in December 1864. According to Virgil Carrington Jones, author of Grey Ghosts and Rebel Raiders, this hat was left behind in a house in Rector’s Cross Roads, Virginia. Forty years later, Sarah Halstead, the daughter of a 13th New York Cavalry officer, returned the hat to Mosby. A few days after it arrived, Mosby went to the White House and presented the hat to President Theodore Roosevelt.
General History
Confederate cavalry leader John Mosby is among the most romantic characters in the Civil War, with good reason. From 1863 to the end of the conflict, Mosby's raiders were a constant headache for the North. The raiders usually acted in small detachments of several dozen, though more than 1,000 men served under Mosby. They sacked supply depots, attacked railroads, and harassed federal troops. They seemed to move behind enemy lines almost at will. Their most celebrated exploit occurred when Mosby himself rode into Fairfax Station, Virginia, in the dead of night and kidnapped a Union general.