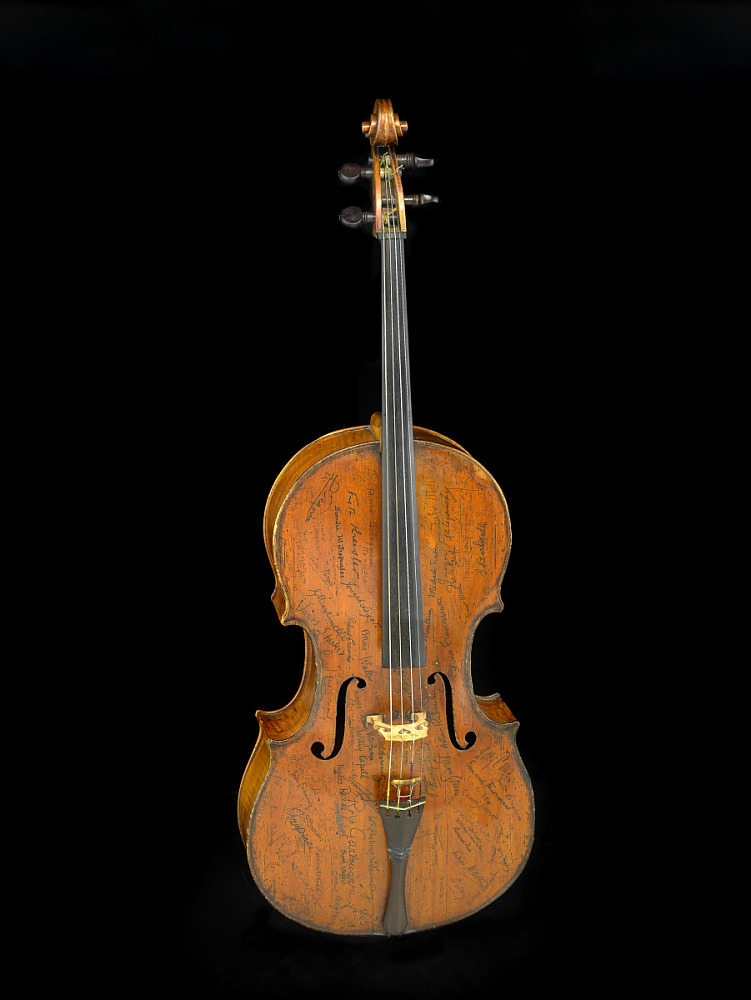 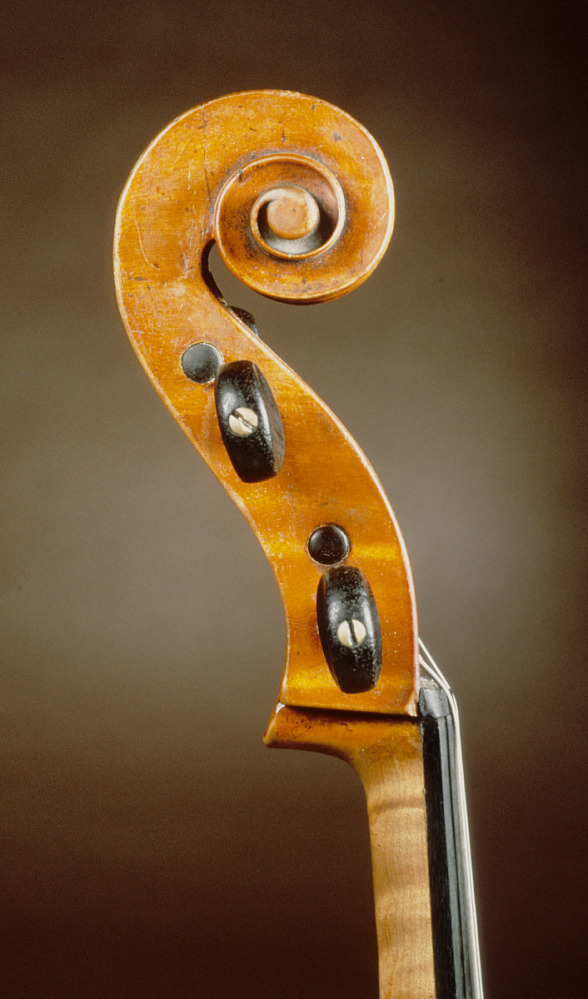 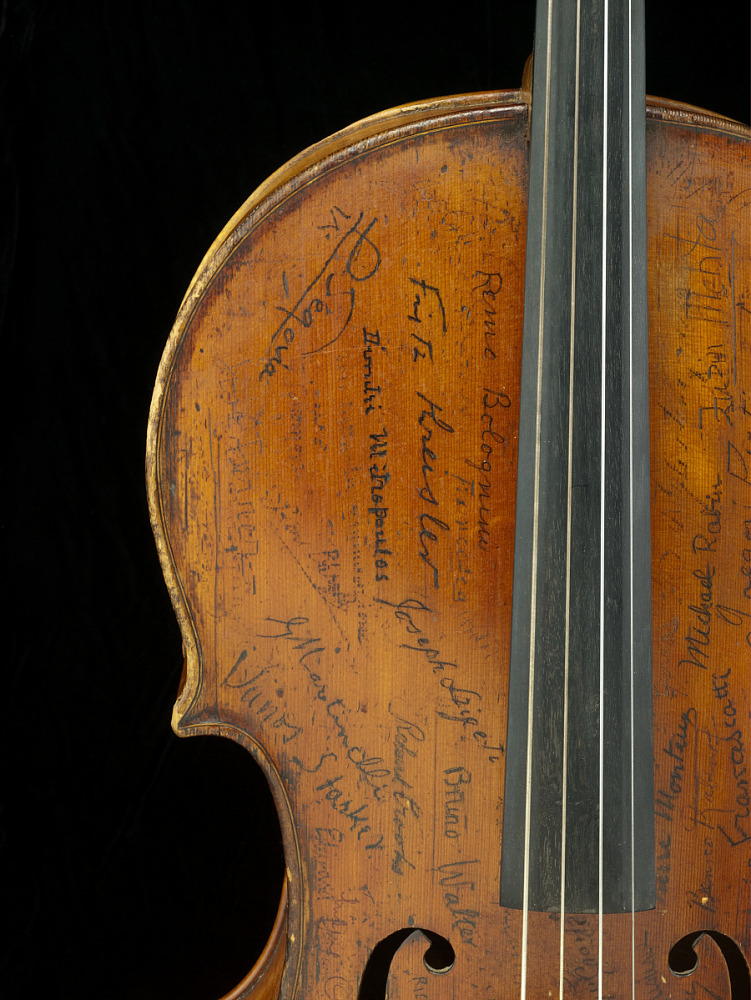 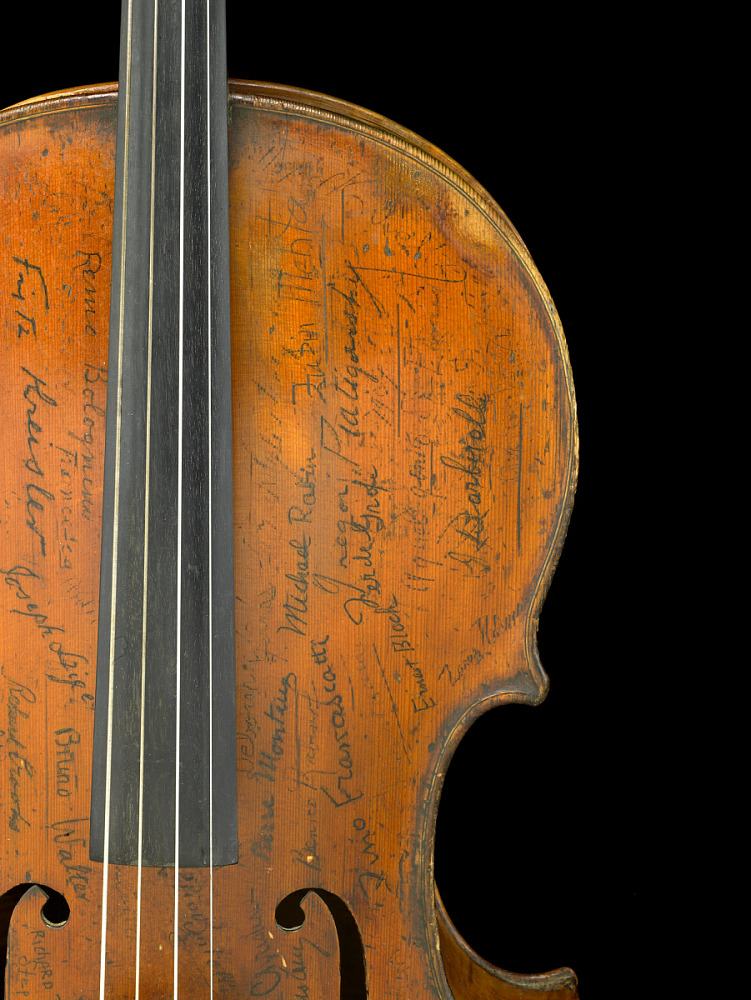 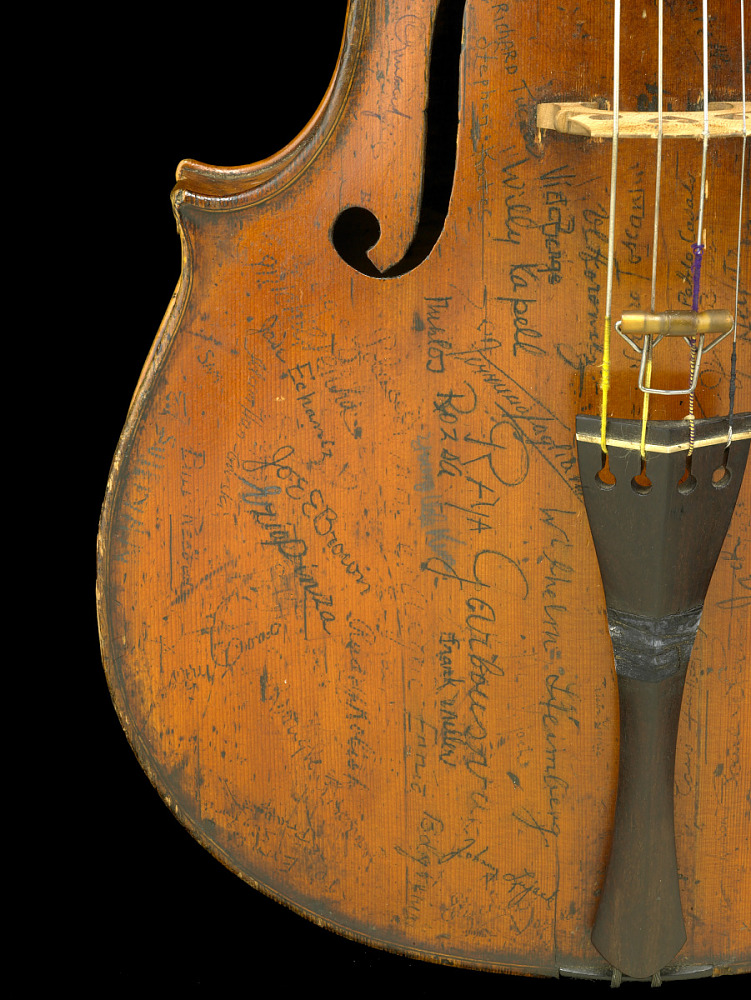 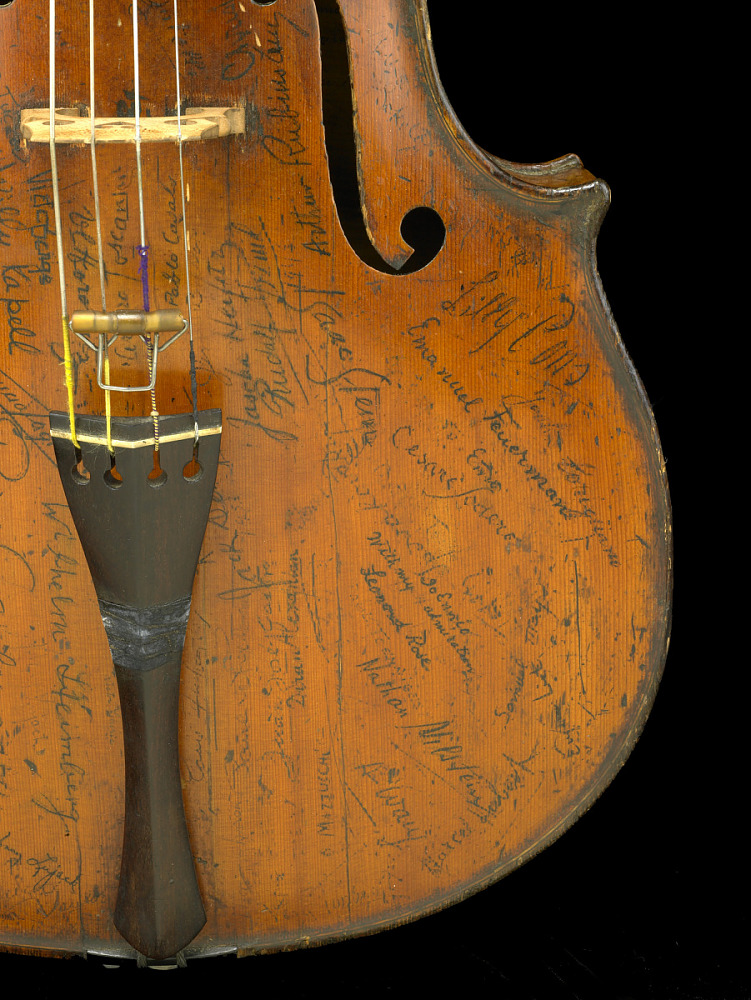 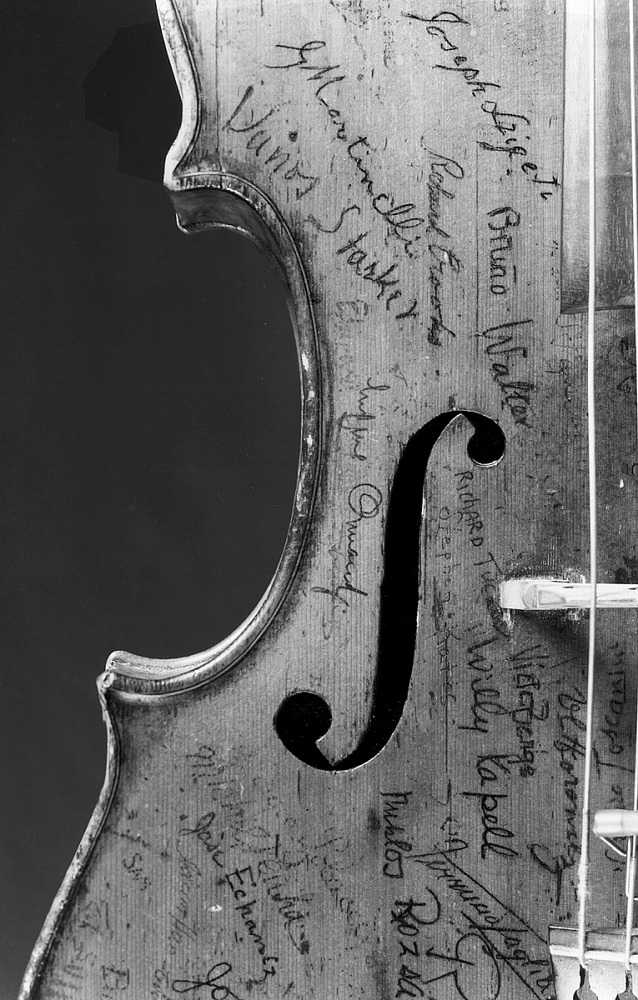 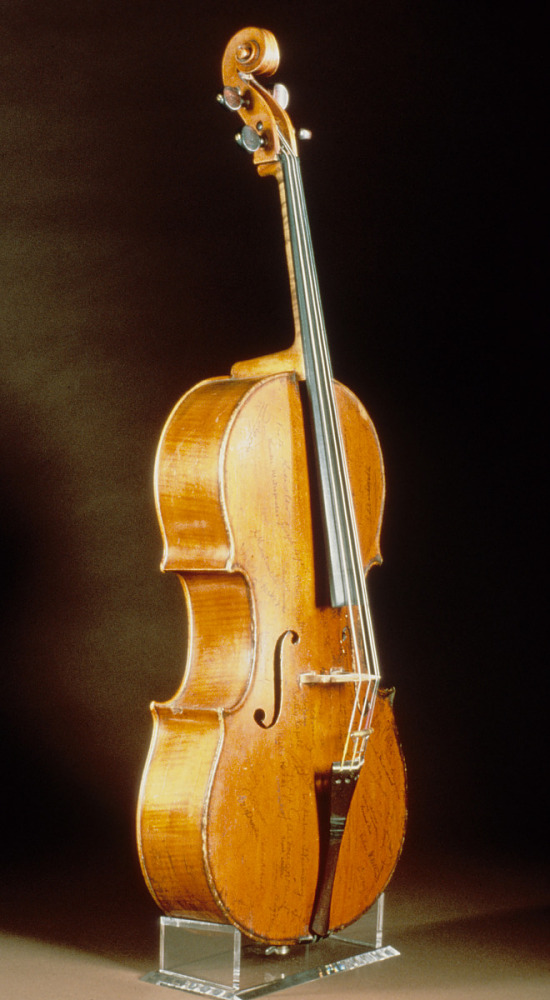 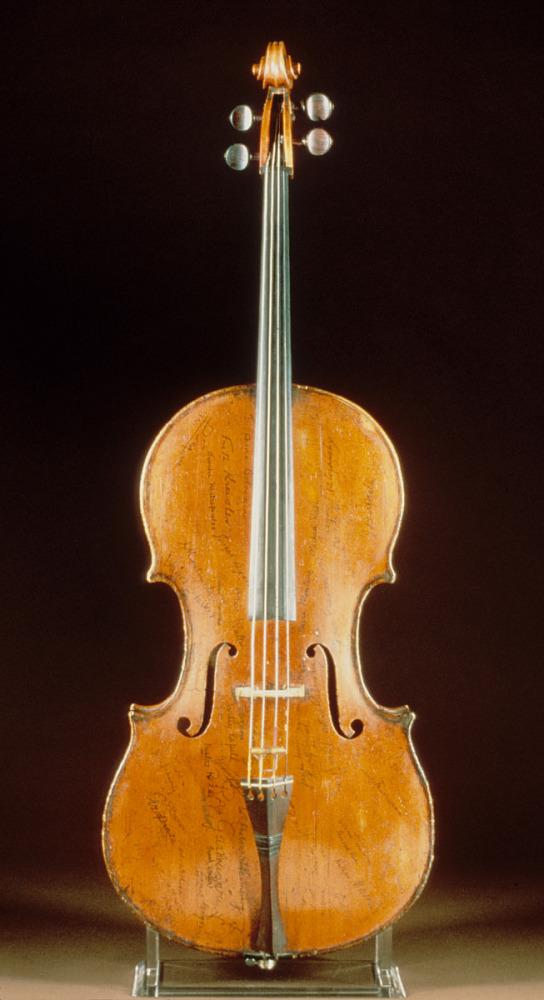 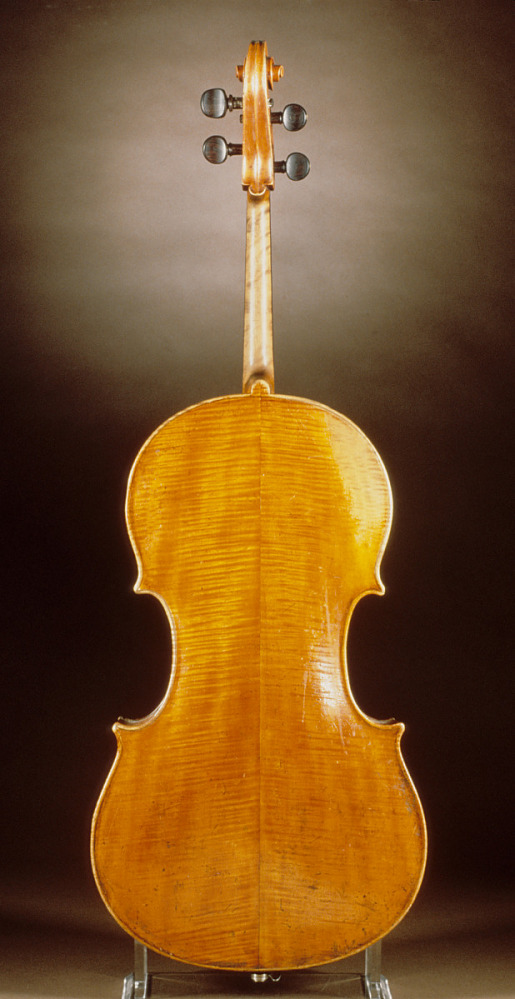 This violoncello was made Luigi Rovatti in Buenos Aires, Argentina, in 1915. It is made of a two-piece table of spruce, two-piece back of maple with even fine descending figure, ribs of similar maple, mildly figured maple neck, pegbox and scroll; golden orange-brown varnish. The instrument has an original printed and handwritten label:

(and a handwritten inscription):

[”Best Violoncello of the world for my friend Ennio Bolognini.

This instrument was made expressly for the cellist Ennio Bolognini (b. November 7, 1893, Buenos Aires; d. July 31, 1979, Las Vegas). Bolognini was raised in a musical family and subsequently received his early training under José García, teacher of Pablo Casals, at the St. Cecilia Conservatory in Buenos Aires. His talent attracted the attention and friendship of highly regarded musicians such as Jasha Heifetz, Valdimir Horowitz, Victor Herbert and Maurice Ravel. During his years in Buenos Aires he shared an apartment with Arthur Rubenstein and Andrés Segovia. Ennio's father was a close friend of Arturo Toscanini, who became Ennio's godfather.

Ennio Bolognini became an American citizen in 1929 and pursued a career with symphony orchestras in Philadelphia, Chicago, Hollywood and Las Vegas. In addition to his remarkable talent as a cellist, he was a conductor and composer, writing six pieces in the style of flamenco guitar for the exclusive performance use of the American cellist, Christine Walewska. Beyond his musical accomplishments Bolognini was a South American boxing champion and licensed airplane pilot, and he is remembered by many colleagues for his unpredictable behavior both inside and outside the concert hall.

Ennio Bolognini collected autographs of prominent 20th century musicians, composers, conductors, actors and sports figures. They are written in ink on the table and ribs of this cello.

Among the most easily legible signatures are on the left (bass) side of the instrument. Signatures on the upper bass side of the cello include:

Credit Line
Gift of Dorothy B. Bolognini in memory of Maestro Ennio Bolognini