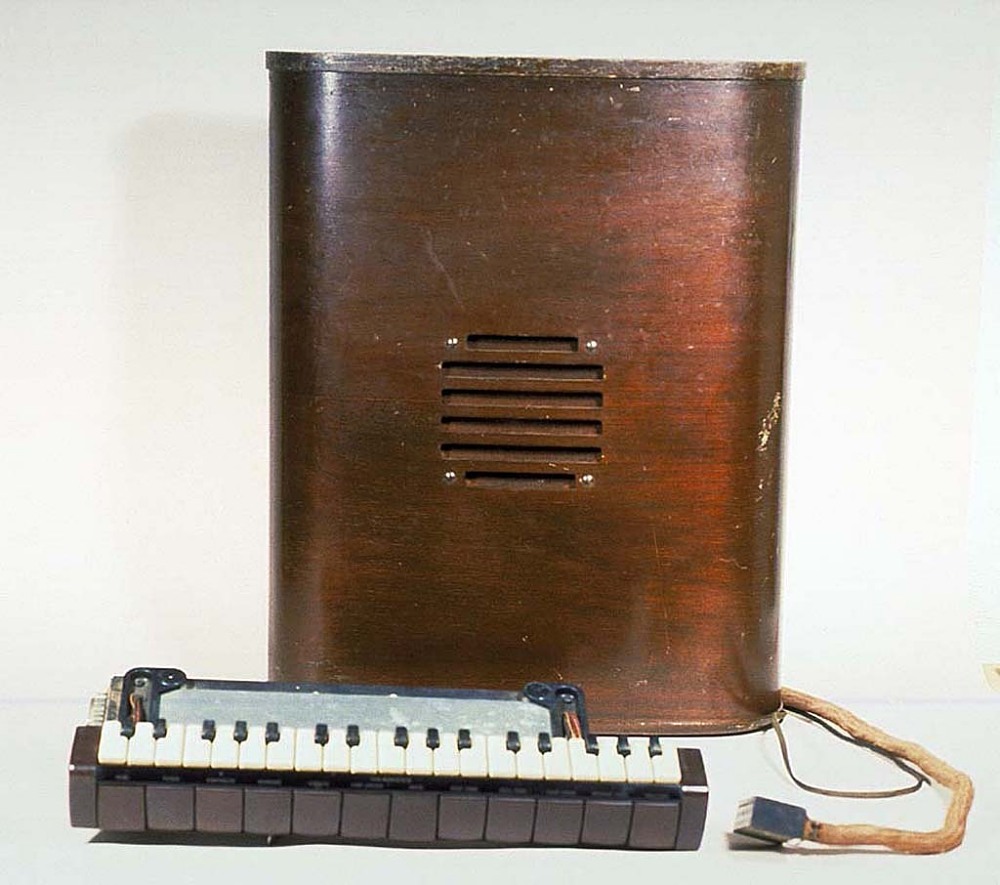 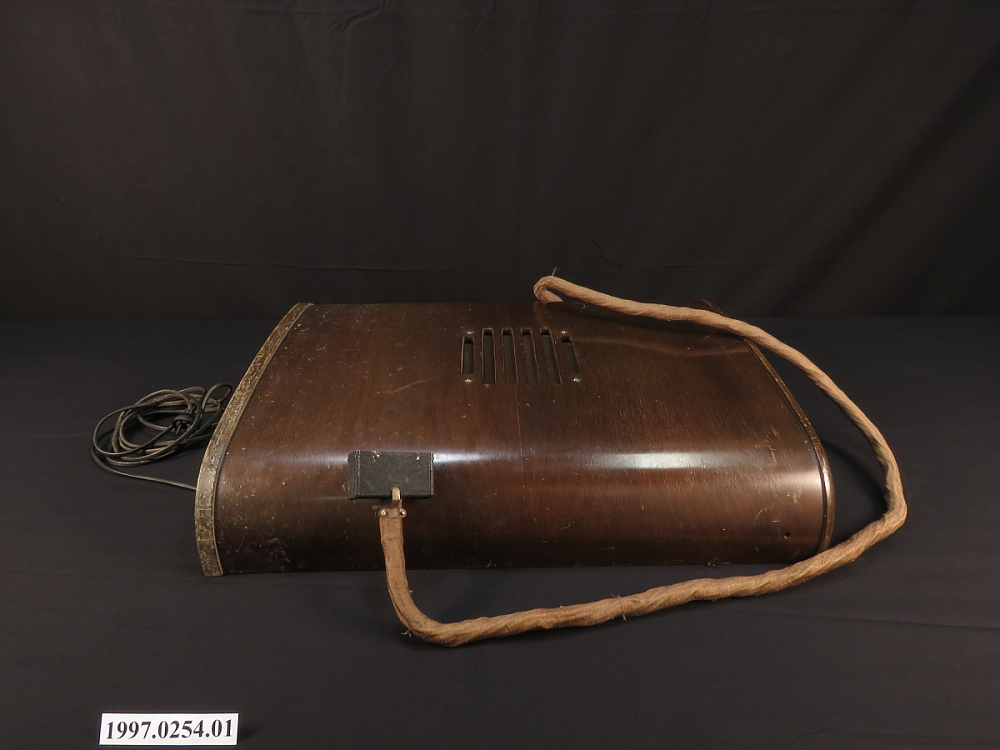 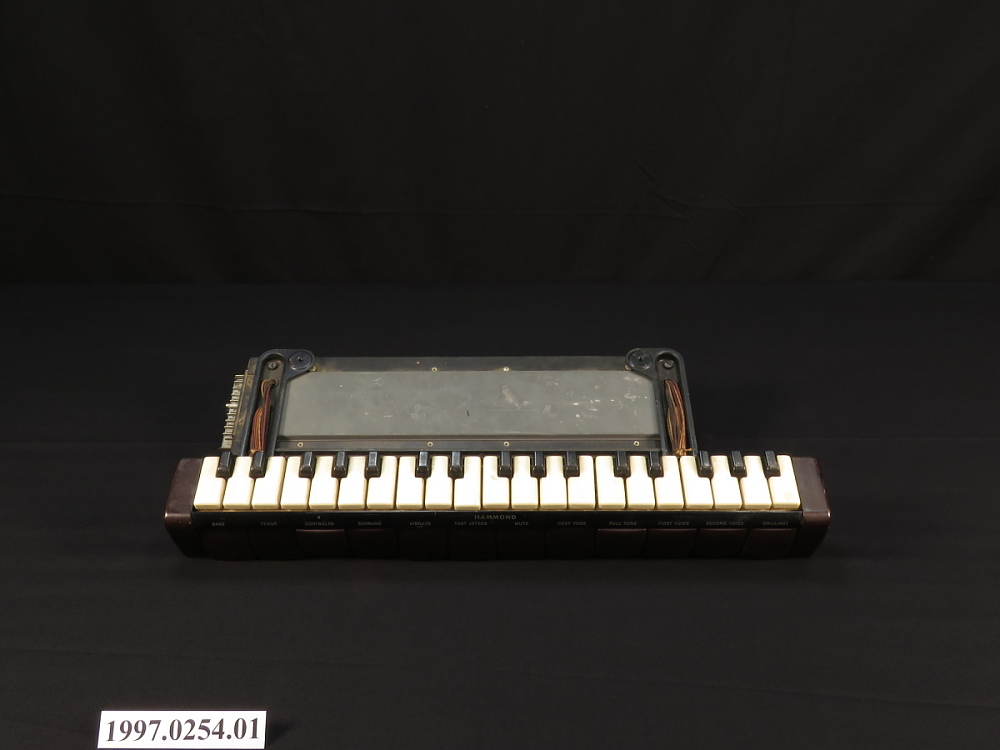 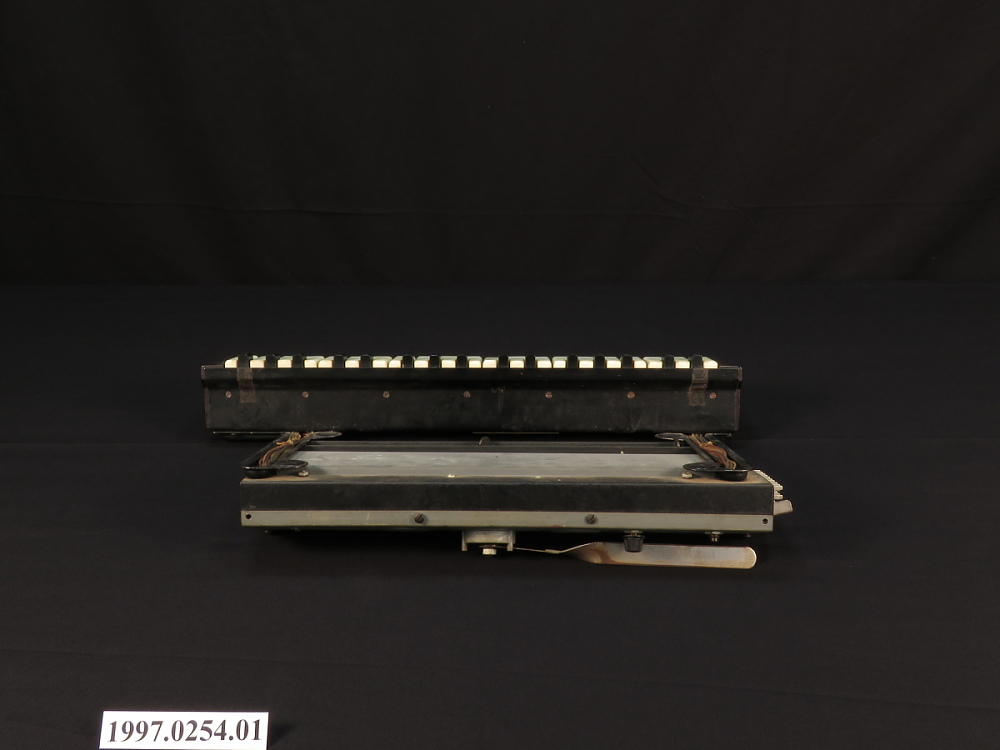 This electronic instrument was made by the Hammond Organ Company in Chicago, Illinois, about 1946. It is a Solovox Model K, series B instrument with a 3-octave mini keyboard (Serial #66620) and tone cabinet (Serial #64003) with an electronic sound generator, amplifier, and loudspeaker. The Solovox is designed to be attached to a piano, and to be played with the piano as accompaniment. The Solovox produces its tones electrically, entirely independent of the piano, and does not affect the tone of the piano. The Solovox consists of two units, a keyboard unit which is readily attached to any style of piano, and a tone cabinet, which when used with a spinet or upright piano usually stands on the floor at one end of the piano. When used with a grand piano, the tone cabinet is usually suspended in a horizontal position on the under side of the piano in such a way that it is practically invisible.

The Solovox features the following patents:

U.S. Patent 2117002 dated May 10, 1938, by Laurens Hammond for keyboards for musical instruments and the improvement in the construction of keys.

U.S. Patent 203569 dated June 4, 1940, by Laurens Hammond, for improved keyboards and controls for combination musical instruments, such as piano and electrical instruments.