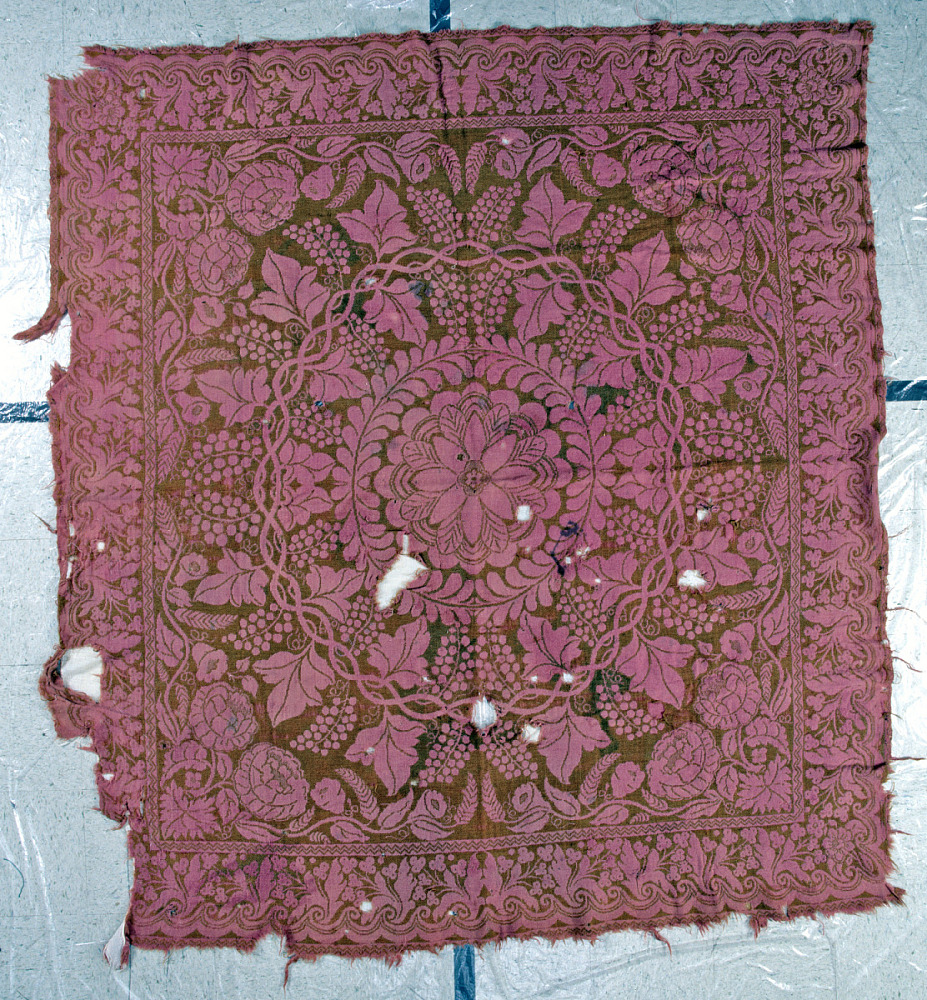 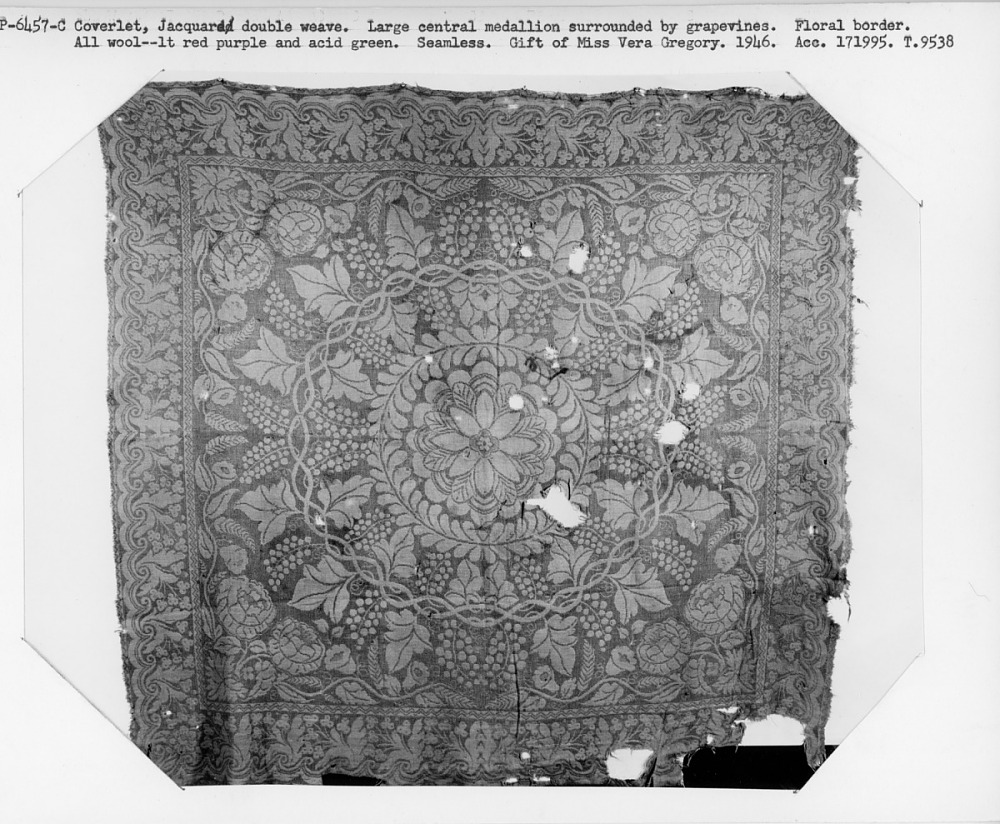 Description
Weavers at the Lancaster Carpet, Coverlet, Quilt, and Yarn Manufactory likely wove this all-wool, mulberry and olive green, Figured and Fancy, double cloth coverlet in Lancaster City, Pennsylvania sometime between 1856 and 1880. There is a large central medallion composed of a floral design at the center surrounded by an olive wreath and garland of grape vines Beyond that are morning glory vines and roses in each corner. There are borders on all four sides made up of repeating lily of the valley motifs. There is no center seam, indicating that this coverlet was woven on a broadloom and likely a power loom. There is no fringe. The coverlet is in overall poor condition and there are large sections of loss and the hems have come undone. Philip Schum (1814-1880) was born in Hesse-Darmstadt, Germany. Schum immigrated to the United States with his first wife, Ana Margartha Bond in the 1830s, settling first in New York City where he worked as a malt tramper. The family soon moved to Lancaster County where Schum worked as a shoemaker and basket maker. Schum purchased a general store in 1852, and by 1856 he had become successful enough to sell the business and start the Lancaster Carpet, Coverlet, Quilt, and Yarn Manufactory. Schum expanded his business exponentially over the ensuing decades growing from four employee to over forty. He and his second wife, Anna Margaret Koch were killed by a train in their carriage in 1880. Schum’s sons took over the business which remained successful until the 1920s. There is no evidence that Schum was ever trained as a weaver.
Location
Currently not on view