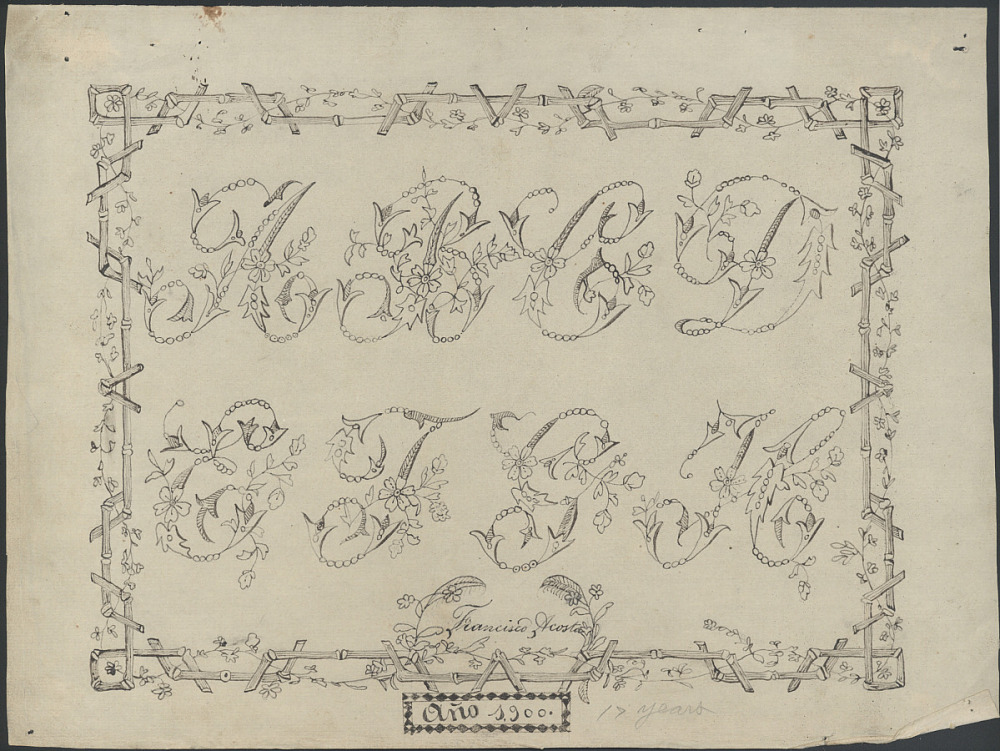 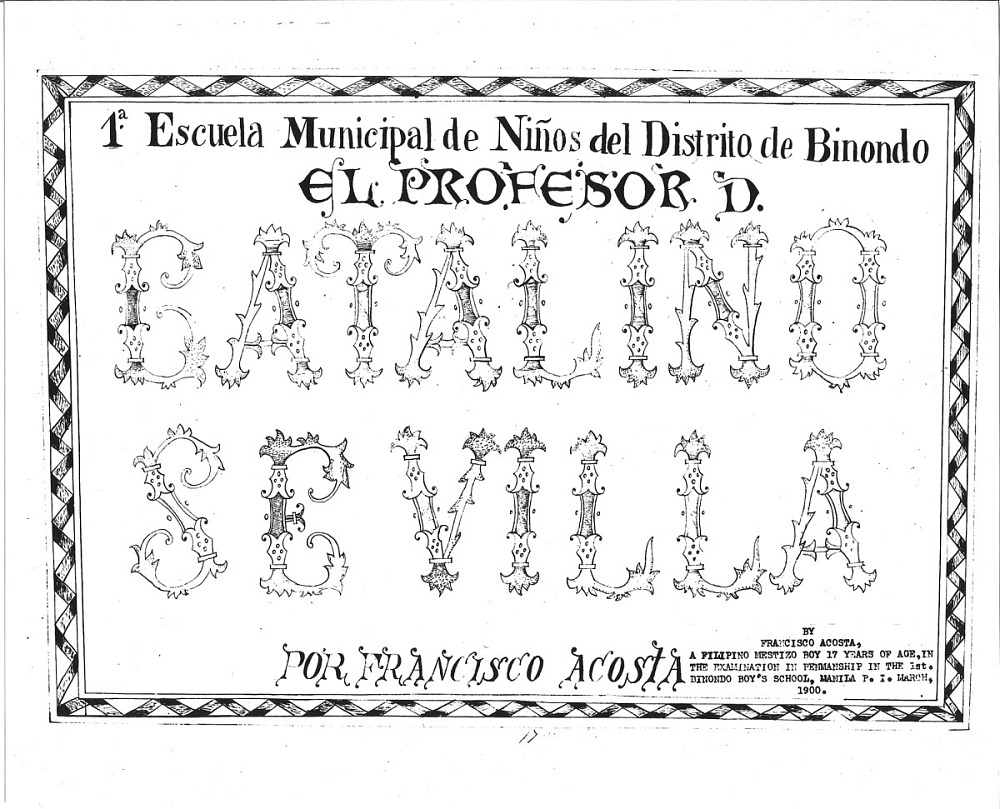 Description
This school examination, with it's elaborate display of cursive penmanship, was created in March 1900 as an example of how politics influences school curriculums. The Binondo Boy's School in Manila was one of many established by the Catholic Church and the Spanish government, which first opened missionary school in 1565. By 1865, the Spanish government decreed there should be at least one primary school for girls and one for boys with each municipal government. The classes were taught in Spanish frequently by Jesuits priests, but the schools were state sponsored, and officially not religious or faith-based educational institutions. While enrollment was technically open to all, in reality there were not enough schools or teachers, so attendance was limited to the privileged.
Throughout much of the 1890’s, the Philippine resistance had been fighting to wrest control from Spanish rule. In the spring of 1898, while Commodore George Dewey was battling Spanish forces in the Philippines, the Filipino resistance was declaring independence from Spain, a move neither Spain nor the US recognized. Dewey’s victory at the Battle of Manilla Bay substantially contributed to ending the Spanish- American War so in the 1898 Treaty of Paris in December Spain ceded the Philippines to the US. President William McKinley issued a proclamation that for the good of its people, the Philippines would have a “benevolent assimilation.” The U. S. then set about establishing Americanization programs like those occurring within the continental United States. Note the use of American symbols like flags and eagles on some of these papers. Under the new school system all students would be provided a basic education, not just the upper classes, but the American annexation also resulted in English being taught in place of Spanish, and in a Protestant based curriculum with traditional history classes highlighting the successes of select white male leaders, courtesy of American publishers. Industrial school education was also introduced. Private and “church” schools were retained as the country had neither enough teachers nor schools, so first members of the military, and later a large influx American teachers, known as Thomasites, were recruited. The government also established normal schools to train native born teachers.
These examination papers were most likely sent to the St. Louis Louisiana Purchase Exposition for the Philippine Education Building as part of the Philippine Exhibits. The Binondo Boys Public School is listed in the official catalogue published in January 1904, as exhibiting regular class work, arithmetic, geography, language, drawings, and photographs. The exhibit highlighted the importance of teaching English in the schools as a need for a common language and displayed native dialect charts contrasting the school papers with examples of the English alphabet. This was also a period where penmanship was a graded course and an important part of education.
Nothing is known at this time about the student.
Location
Currently not on view