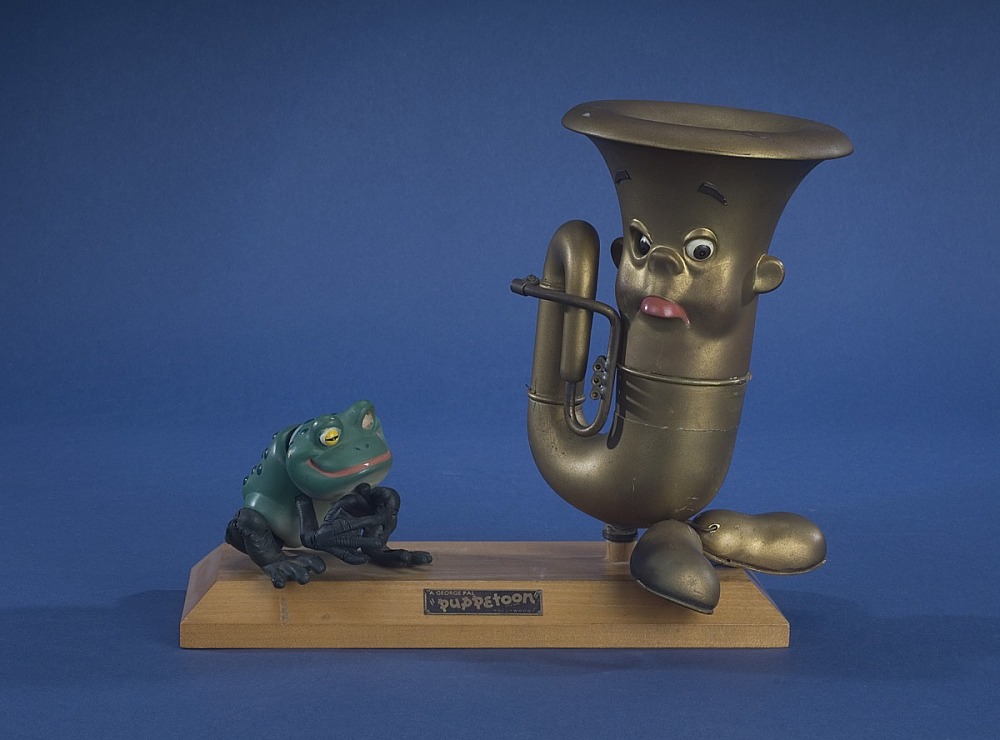 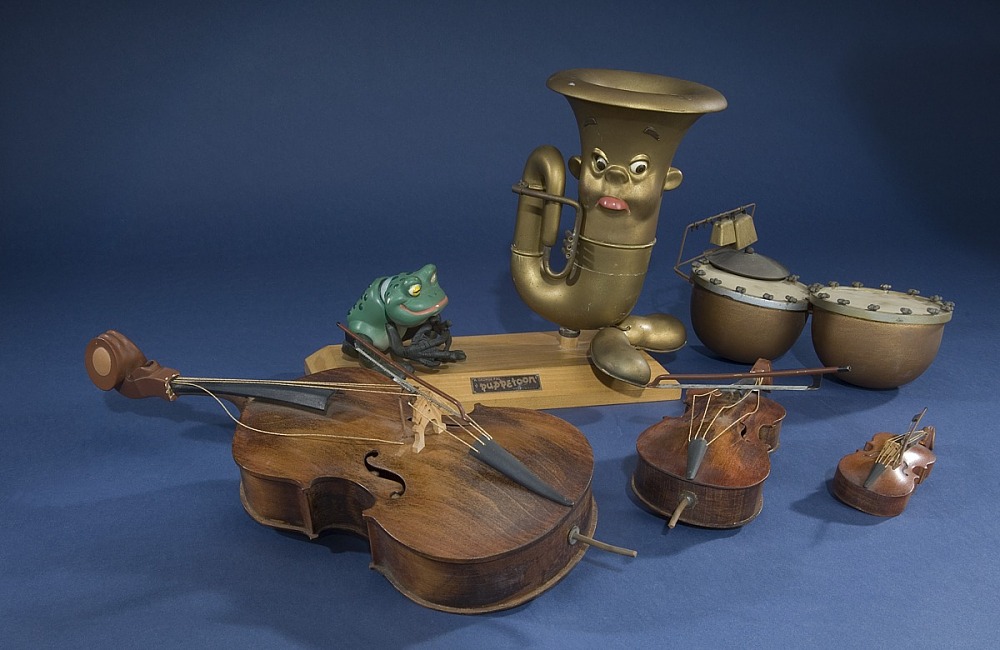 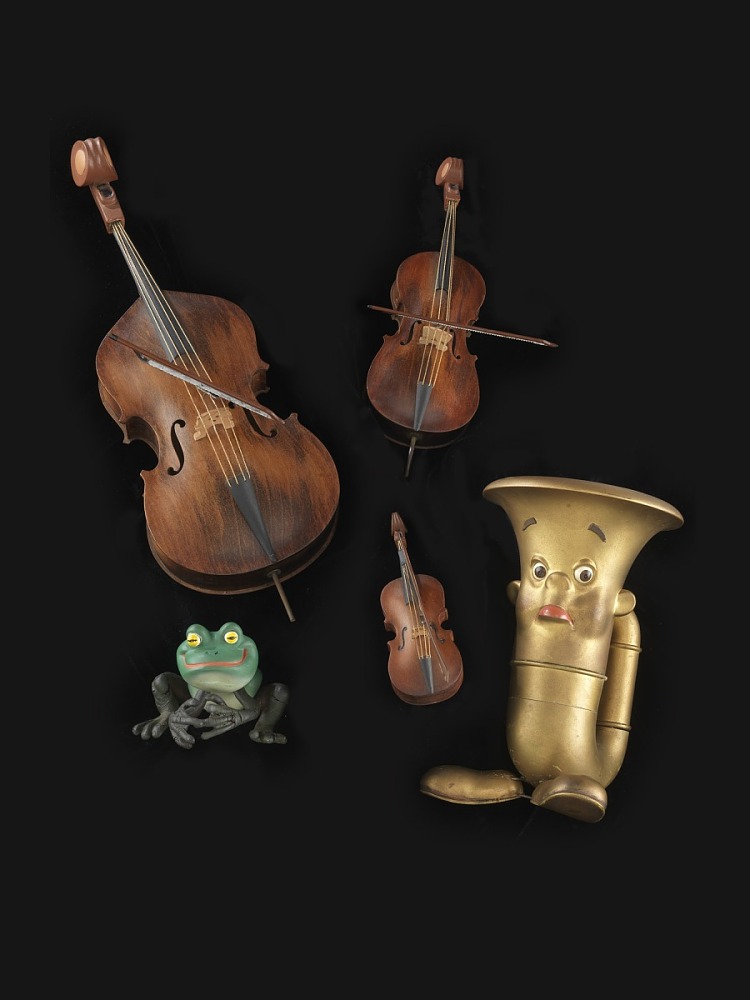 These two figures, Tubby the Tuba and his friend the Bull Frog, were made by George Pal for the 1947 Puppetoon production of Tubby the Tuba. In this animated short film Tubby the Tuba is part of an orchestral ensemble that includes a double bass, a clarinet, a flute, a bassoon, a trumpet, a trombone, a French horn, an oboe, a piccolo, a xylophone, cymbals, a piano, cow bells, and kettle drums. He is allowed only one "Oom-Pah" note during the performance, but with encouragement from his friend the Bull Frog, Tubby finally gets his own solo like all of the other instruments. Tubby is made of gold painted plaster and sits along side his friend the bull frog, who is made of plastic. The film received an Academy Award nomination.

George Pal was one of the pioneers of stop-frame animation, a painstaking process achieved by moving figures and shooting each change on a single frame of motion picture film in a series of progressive steps. For each frame shot, the head, arms, and legs of the figures were changed according to the motions needed to create the illusion of movement. Pal was awarded an honorary Oscar in 1944 for "the development of novel methods and techniques in the production of short subjects known as Puppetoons".

George Paul (1908-1980) nee George Marczincsak, was born in Austria Hungary and educated at the Budapest Academy of Arts where he studied architecture. Limited job opportunities encouraged Pal to further his interest in human anatomy, and he attended a local medical school where he studied kinetic motion—the energy of motion and the interrelationships between moving parts. This sparked Pal’s interest in animation and his studies served him well when he went to work at a silent film company where he became the head of the cartoon department.

By 1933, fascism was on the rise and the Nazi regime was spreading its influence in Europe. Pal fled to Prague, and where he was known as an animator, special effect designer, and producer and then Paris where he opened his own animation studio. He disliked the flat two-dimensional looks of the early cartoons and he began to create three-dimensional figures using carved wood with wire limbs that made for easy movement. Pal created replacement parts, such as heads, arms, and legs, that could be used interchangeably to create the impression of continuous, flowing movement. These puppets with no strings were named “Puppetoons”, a combination of the two words puppet and cartoon. Pal finally settled in Eindhoven, Netherlands were he produced short films and commercials for products that were sold in England, France, and the Netherlands.

On average, the animated shorts lasted about eight minutes, and for each film, Pal created as many as 9,000 puppets with as many as 200-300 heads and appendages. One of his first advertisements included dancing cigarettes.

In 1939, while Pal was traveling in the U.S. lecturing at Columbia University, the Germans invaded Poland. Pal, his wife, and his son were granted asylum in the U.S. and in 1940 he was hired by Paramount Pictures.

Pal had a long and successful career in Hollywood, and his work with the Puppetoons addressed a wide variety of subject matters, including politics, fairy tales, and music. Pal was also well known and respected for his work in feature films and was the first producer-director to combine animated puppets with human actors. He was awarded several patents for his creations and he was awarded eight Academy Awards for his work in film.