Psychological Test, Test 9. Use of Sources of Information. The Iowa Tests of Educational Development. Form Y-3S

Psychological Test, Test 9. Use of Sources of Information. The Iowa Tests of Educational Development. Form Y-3S 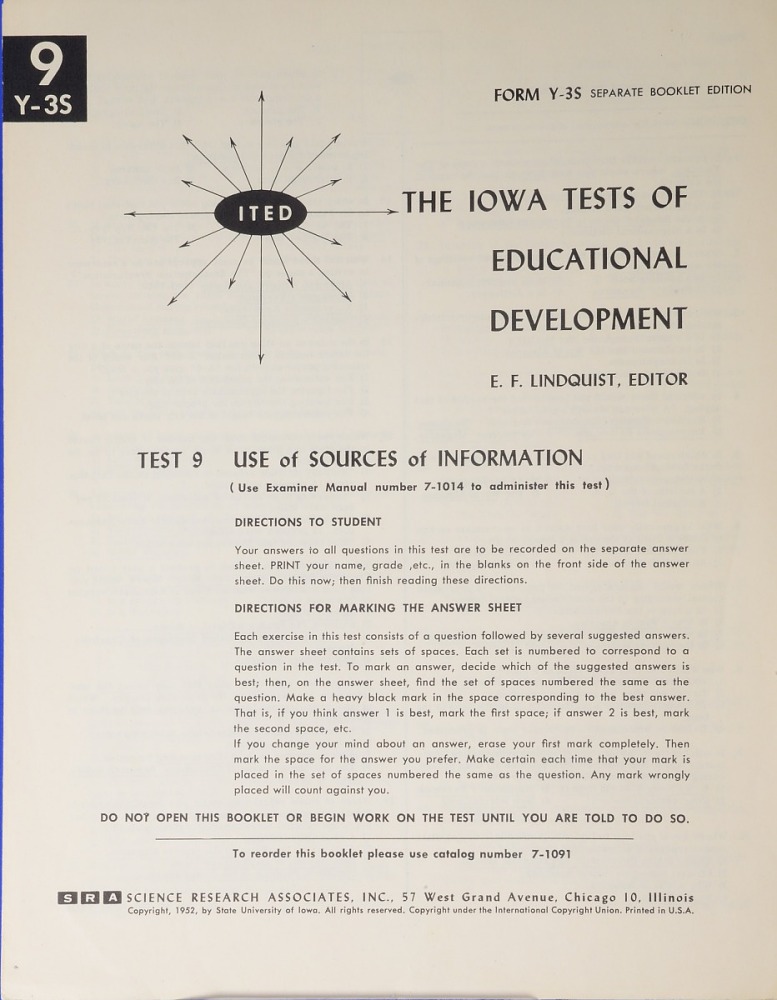